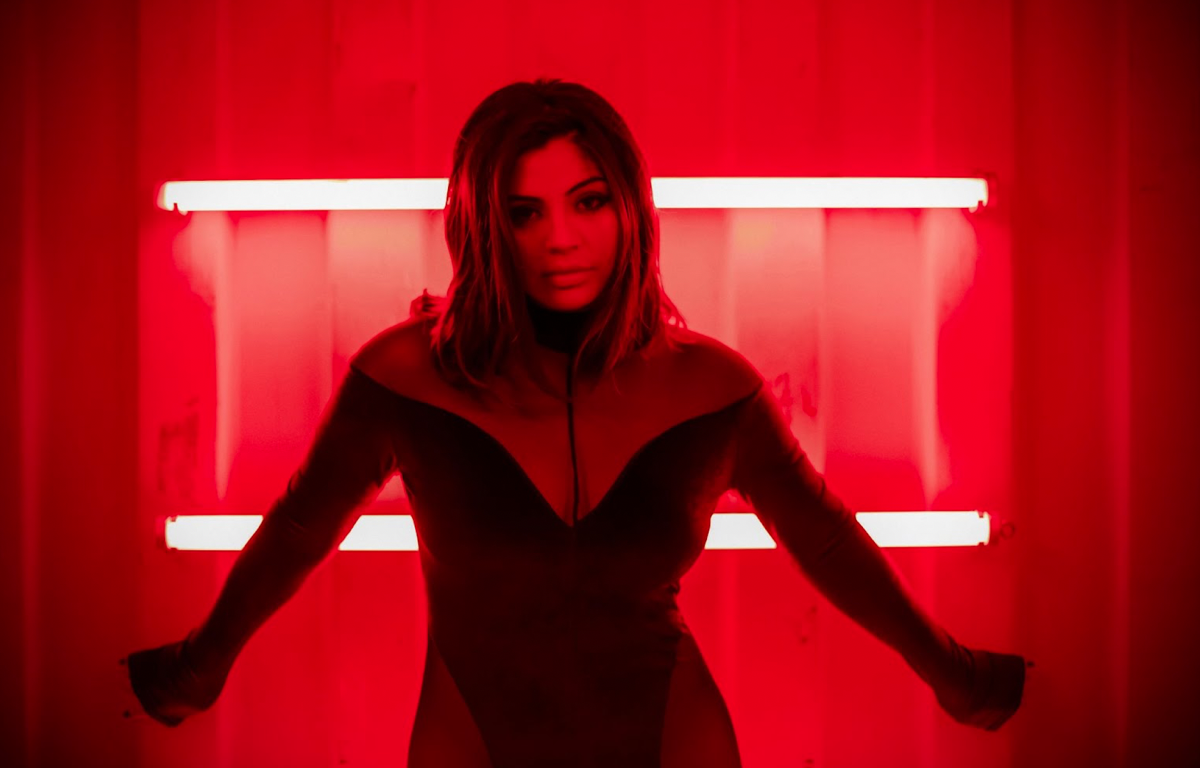 The melodies, electric and organic in nature, are indeed high and mighty in Mandi Macias’ new single “Ghost,” but in terms of what’s really setting the tone in this track, I think that title belongs to the rhythm almost exclusively.

Macias isn’t just using the beat as a means to capture our attention, but as a tool to tell us a story a little more clearly, through physical interaction aligned with the sonic depth of the music. While I had not listened to her work before sitting down with “Ghost,” it was instantly recognizable that this is not a product of conventionality that she was producing from inside the comforts of a typical studio.

There’s technical proficiency to the compositional structure of this song and music video that get my attention, with the stylization of the video in particular affording the substance of the music that much more credibility than we would have had to begin with. This is a player who uses every part of a mix to give us as full-bodied a sound as possible, and when coupled with the dynamics presented in the video for this song, it’s hard to forget her performance once you’ve been exposed to it.

Macias’ verses dictate the tempo much more than the actual percussion does, and where some might look at this as an overbearing extension of her power in a track, I think it’s a good foundation atop which to build a persona, especially when it comes to the imagery of the video. Cheyanne Washington directed the video beside Macias herself, and it’s quite obvious that we’re looking at something that has been tailored to a vision as opposed to an ideal set up by the preexisting establishment in pop music. This arrangement is relatively simple, which gives them something to work with off the bat, but I don’t know that there was ever any uncertainty over what kind of a look this player wanted to get out of “Ghost.” I can hear a lot of remix potential in the bones of this single, but even if they don’t give it a proper touchup for the club scene I don’t see where a lot of dancefloor dwellers wouldn’t appreciate what this track is comprised of from top to bottom.

“Ghost” does more than get us excited about who Mandi Macias is in the studio – it shows off a versatility that I don’t hear enough of in mainstream pop/rock, and I’m very interested in finding out what it’s going to lead this artist towards next. The lyrical ambition that she gives us in this single alone is reason to mark “Ghost” as a worthwhile listen for those who take their pop music more seriously than simply jamming out to whatever is on the Top 20, and if it’s something that she’s able to develop even further (as she expertly does in the music video for this track), I think it’s going to bring her the primetime focus she wholeheartedly would deserve.