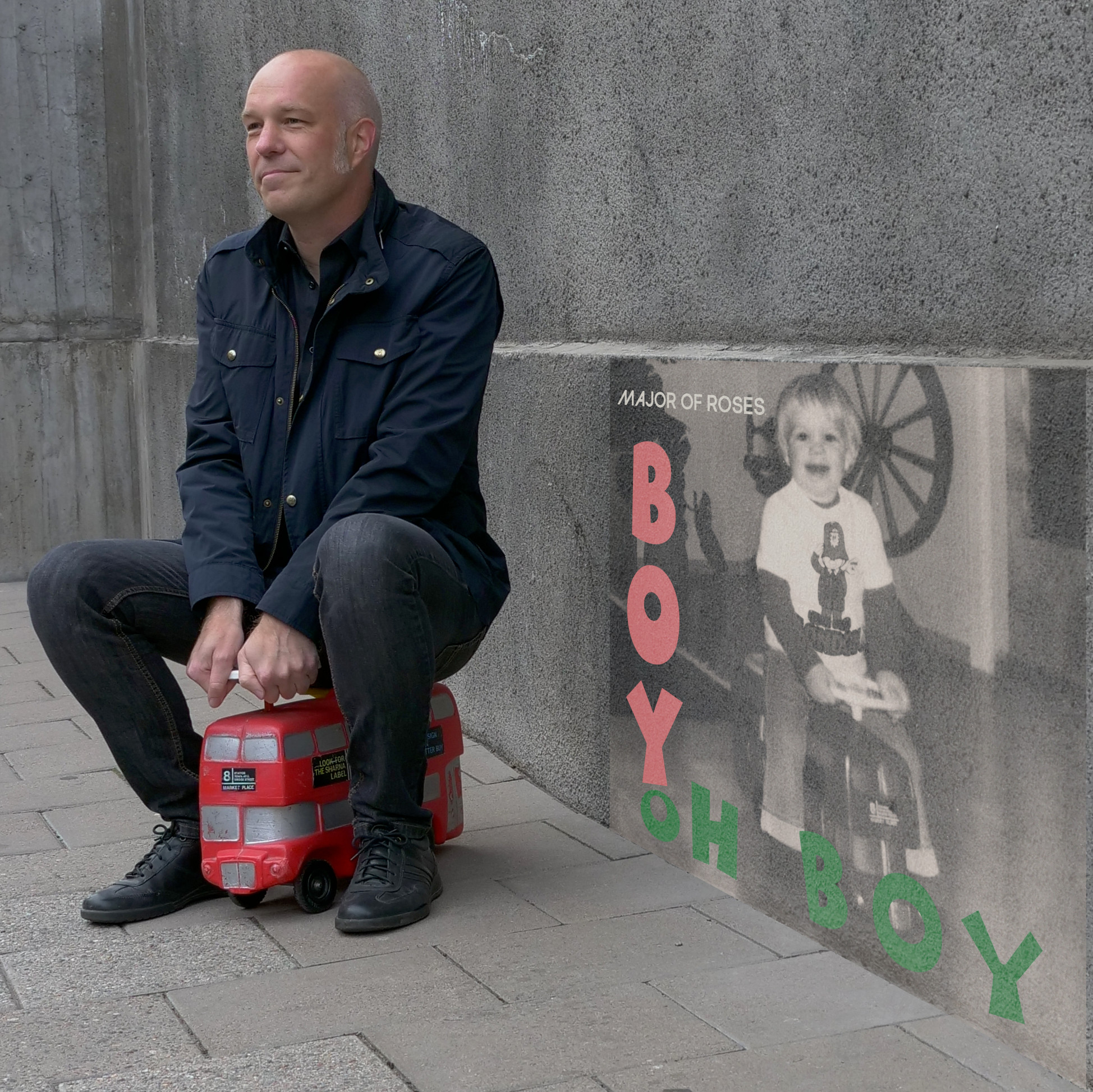 Major Of Roses is a Singer/Songwriter, out of Stockholm, Sweden.  His style is difficult to pin down to a single genre, but he has been compared to Tom Waits, and perhaps more accurately, Leonard Cohen. His new single, “Boy Oh Boy” is something of a snapshot of a snapshot. The song is based on a childhood photo of him, and the ensuing reflection from adolescence to adulthood. As you would expect, it’s an autobiographical piece, that attempts to probe deeper than the surface.

A self-professed DIY artist, Major first began releasing music in 2017. As much as he is influenced by artists of a bygone era, such as Bowie, Costello, etc, his approach to creating music is actually quite modern. He essentially converted his home into a recording studio, and composes all of his material from there. It’s a common practice in the Millennial era, and the recent pandemic has only served to reinforce that practice. We sometimes tend to forget how something so self-reliant, is actually quite revolutionary, and would have been virtually inconceivable, just a few decades ago.

With the artwork, backstory, and overall presentation, you might not know what you’re getting into with a track like “Boy Oh Boy.” What you get is something rather contemplative, and glistening with European savoir-vivre. Major has such a luminous persona, that could at times threaten to overshadow his music. With “Boy Oh Boy,” we get an indie style track, that concludes in being much catchier than expectations might otherwise indicate. You might be tempted to classify Major as being something of a less discriminating avant-garde artist, but he proves to have a grasp on contemporary stylings and even a pop sensibility.

Who took that picture of me/four years old and still very shy/a longing for life in my eye. It seems like Major was shooting for the meeting point of autobiography and nostalgia. We all reach a point in adulthood, where we begin to look back on our childhood, from a more informed vantage point. We typically associate it with yearning and even regret or melancholy. It’s quite possible, through evolved eyes, we look back at ourselves with a protective instinct, and perhaps even a little regret.

“Boy Oh Boy” is a track with a simple arrangement and the emphasis on the vocal and lyric. It has a certain swing to it, that carries the piece to being a mostly memorable listen. The evocation could allude to a loss of innocence, but Major mostly leaves the interpretation up to us. The vocal is delivered in a monotone, exacerbated by Major’s trademark baritone. It works exceptionally well, giving Major a slinky, authoritarian aura.

It wouldn’t be ill advised to approach a piece like “Boy Oh Boy,” with an open mind, but there is something to enjoy, here. There is a certain purity that Major captures, in his stroll down memory lane. Though it might seem a little indulgent at times, there’s a charm underlying any self-absorbed agenda. Major plays it completely straight and never comes across as though he is posturing in the least. In the case of Major Of Roses, the boy has become a man, and the journey is his to share.