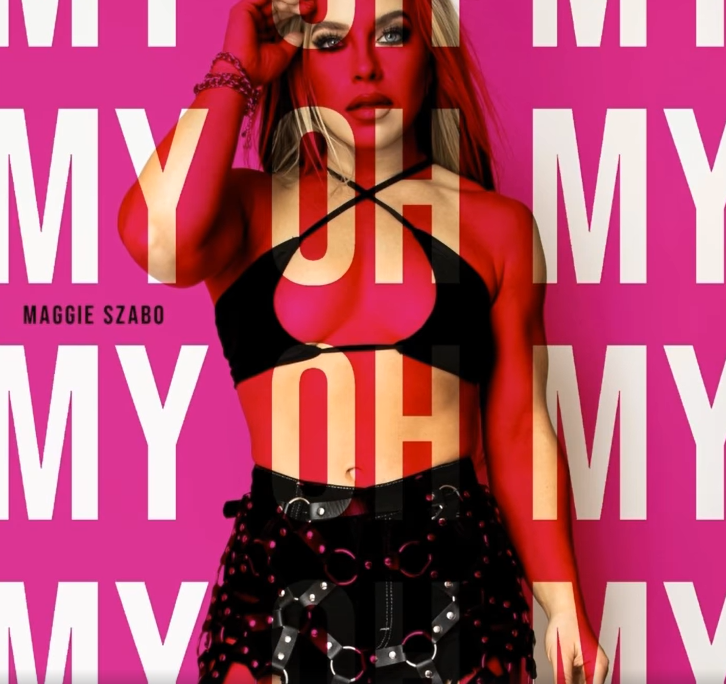 Maggie Szabo is a soulful pop powerhouse who seems poised for stardom. Her newest single “My Oh My” is upbeat and fun and is sure to find its way onto many a summer playlist. Between infectious driving drums and Szabo’s incredible voice, this single has all the hallmarks of a break-through hit. While the song showcases her vocal talent, the “My Oh My” music video captures her impeccable sense of rhythm. Current pop stars beware; Maggie Szabo is coming for the crown.

Hailing from Canada, the songstress now lives in LA, where she has been turning out top-notch EPs and singles for years. Her most recent release, “Worth The Weight,” was exclusively premiered by Rolling Stone India, with a music video produced by CelebMix. Her music has been featured on TV networks such as E!, Disney, Netflix, and NBC and some of her songs have been placed on multiple editorial Spotify playlists, such as Fresh Dance Pop and New Music Friday Canada. Szabo’s song “Love Is Free” was hand-picked by Jennifer Hudson on The Voice, to be performed by Kennedy Holmes. She has also collaborated with multiple DJs and other artists, such as the song “Home” with DJ Madison Mars, and “Sayonara” with BEAUZ, which has over 3 million streams on Spotify alone. A song she did with JØRD, “Lay Low,” was picked personally by Tiësto for his heavily followed CLUBLIFE playlist. Szabo is the featured vocalist on German artist DJ Schiller’s album, which has sold over 7 million copies worldwide, giving her some international recognition.

If her impressive work isn’t enough to convince you, Maggie Szabo also has a big heart and uses her growing platform to fight for social justice. Working with the Trans Chorus of LA, Szabo wrote and performed the heartfelt song, “Don’t Give Up.” This wonderfully authentic tune was dedicated to all trans youth living in constant fear, suffering from rejection and exclusion. The song was premiered by Billboard, and all the proceeds were donated to homeless LGBQT+ youth. Media outlets such as Huffington Post and PopDust highly praised the song and it’s efforts to help those in need.

Maggie Szabo has been gaining attention from multiple notable media outlets, such as The Advocate, Ryan Secrest, Perez Hilton, and EARMILK. Perez Hilton has said he believes Szabo will be the next big thing in pop music, a sentiment that Muzique Magazine agrees with. They placed her at the top of their “Female Artists Ready TO Break Out In 2021” list. The Nexus Music Blog compares her to Jessie J, Dua Lipa, and Ariana Grande; powerful pop women with a mission. It seems in the eyes of the music press, Szabo can’t go anywhere but up.

With over 6 million listeners on Spotify and over 61K followers on Instagram, it seems like Maggie Szabo already has a pretty loyal following. The only thing left to do is break through that final level to achieve total stardom. While her library of songs is already stacked, “My Oh My” might be the right song to give her the final push she needs.