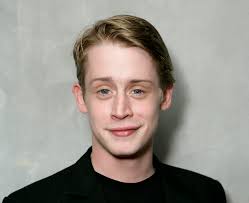 In November (18), the former child star announced that he had set up a poll on his lifestyle website BunnyEars and invited fans to vote on what they thought his new middle name should be.

“Merry Christmas to me, from all of you! My new middle name has been chosen. You voted and the winner is clear,” he wrote. “In 2019 my new legal name will be: Macaulay Macaulay Culkin Culkin. It has a nice ring to it (if you like my name). #MerryChristmas.”

Macaulay’s real middle name is Carson, which his parents chose as a tribute to American frontiersman Kit Carson.

However, during a recent interview on The Tonight Show Starring Jimmy Fallon, the Home Alone actor explained that he found Macaulay Carson to sound a bit too “Irish”.

“I was staring at my passport recently and I was looking over my middle name, my current middle name is Carson – you have to say it Macaulay Carson Culkin (with an Irish accent) – and I thought, ‘I should probably spruce up my name a little bit,'” the 38-year-old said, before adding of his humorous moniker choices. “So, (I could be) Macaulay Macaulay Culkin Culkin. If somebody comes up to me at the airport and says, ‘Excuse me, are you Macaulay Culkin?’ I can go, ‘Macaulay Culkin is my middle name.'”

Macaulay added that his brother Kieran Culkin had suggested Kieran would make a good middle name, TheMcribIsBack was inspired by McDonald’s McRib burger, while his girlfriend Brenda Song had dreamed up Publicity Stunt.