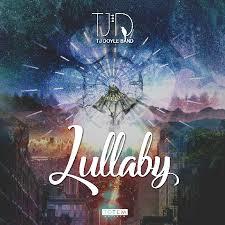 Charmingly warm electric guitars dart over a lush acoustic rhythm section in the incredible new single from TJ Doyle, “Lullaby,” and their elegant melodies create a foundation for the track that complements to tonality of Doyle’s vocal better than anything else could have. Tim Pierce’s amplified picking melds into the acoustic strums seamlessly, conjuring up a vividly virtuosic backdrop for our singer to command with ease, and although there’s a lot more to this song than guitars and groovy harmonies, these two components are inarguably the reason why I would describe “Lullaby” as TJ Doyle’s best release to date.

The swing in this beat is essential to the hook landing as well as it does, and were it not given the extra push from the steady percussive rhythm, I don’t know that the chorus would be as alluring, nor as pop-friendly. Beneath the layers of cosmetic varnish, this is a folk song that was meant to stay true to its organic, unfanciful roots, and I like that although Doyle adapted it to suit a wide variety of audiences, he didn’t rob this ballad of its natural, Americana stylization. That’s a tough balance for any artist to strike, without question.

Robert Hadley’s mastering of this track is simply spot-on perfection. Every detail is so crisp and well-defined in the master mix, and there’s an argument to be made that there are few singles – if any at all – released this season out of the underground that have utilized sonic space as well as this one does. “Lullaby” is a measured, carefully composed piece of music that was designed to both romance its listeners on an intimate, one on one level whilst also stimulating the audience as a whole, and as I hear its melodies, this song is everything that Doyle had meant it to be.

TJ Doyle’s lead vocal is showcased really well in this single, but I don’t think that it was ever intended to be the main focus of our attention. The harmonies that it creates in tandem with the guitars are what really drives “Lullaby” home, and though they’re often the centerpiece of his music (as he’s demonstrated in past offerings like 2015’s On the Horizon and the classic One True Thing, which turned 10 this year), they seem especially inspired in this track. He’s connecting with the music in a way he never has before, and making the most surreal material he has thus far because of it.

As a fan, I’m very satisfied with the style that TJ Doyle is applying to his songcraft in “Lullaby” and am very intrigued to hear more from his camp in the near future. There’s nothing wrong with adhering to the same set of aesthetics through the entirety of one’s career, but for artists like Doyle, change and adaptation comes with the territory; hence, “Lullaby.” This is a look into where he’s going, and perhaps even more importantly than that, an acknowledgement of just how far he’s come as a professional and as a freewheeling poet in search of his ultimate sound.