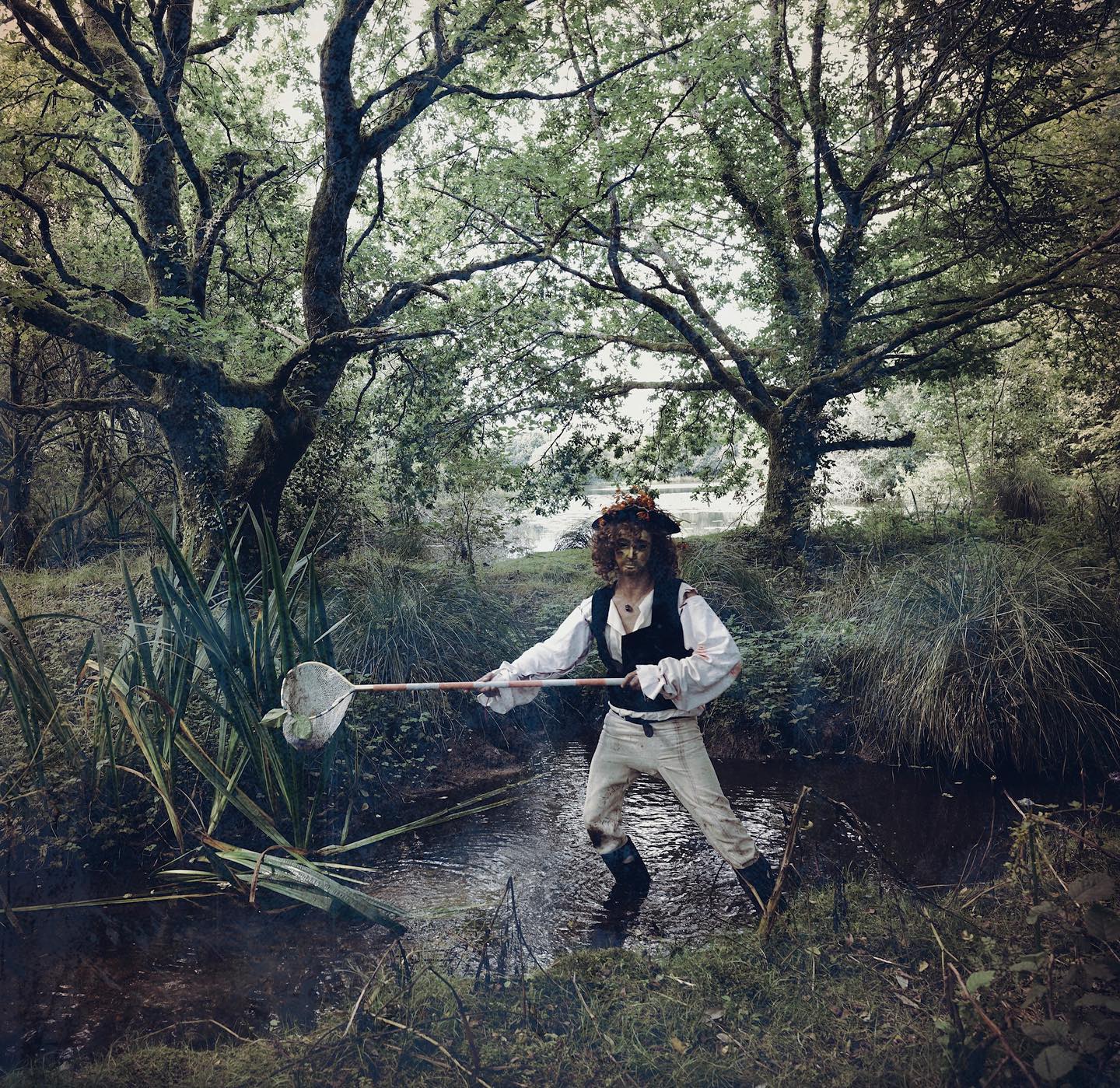 Luis Mojica’s third album Songs from the Land is the first of many peaks in a brief solo career. Don’t misunderstand – the preceding collections are far from half-realized efforts dwarfed by this new release. Instead, what we see over the course of this trio of albums is the further refining of artistic vision. The ten songs included on Songs from the Land are lyrically and musically varied, possess withering focus, and share an unity of mood and sound that gives the work memorable coherence. Each song can stand on its own yet assumes new dimensions when taken as a whole.

It is impossible for this review to cover the connections between his music and Holistic Life Navigation, his holistic therapy practice beyond acknowledging they are there. Each listener can and will choose how those connections manifest themselves. There’s no question his songs seem to draw their energies from something operating on a different plane than guitar chords, recording equipment, and verse chorus verse. “Northbound” embodies that quality quite nicely. The acoustic guitar playing turns its figurative eyes skyward from the outset and the atmospheric production accentuates its gentle yet intelligent spirit.

He has a wide and attentive eye as a lyricist. The songs mix poetic touches in with conversational language and Mojica, for the most part, resists any flat-footed pratfalls. “Northbound” is an example of his method at its best. It has a natural sound with only light evidence of any post-production effects; anything along those lines is concocted to increase atmosphere. The handclaps and primitive percussion accompanying his hypnotic guitar playing during “Colonized” is quite a contrast. It focuses the listener’s attention, however, on the words and Mojica’s note-perfect delivery will ensnare many.

His language never overreaches. The lines are cut to a well-tailored length lacking any excessive verbiage and containing its own percussive sound. Many listeners will feel the peacefulness emanating from the arrangement despite the disquiet of its topic. Its lively pace pushes back, as well, against any difficulties portrayed in the song’s lyrics. “Mountains” is another fantastic moment during the album. Light electric and acoustic guitar engage in a musically lyrical dialogue that gives the song much of its life. One imagines his upstate New York home inspired much of this track but, of course, a song often has many parents.

“Strange Disease” has a storm in its heart but never succumbs to its effects. It burns white-hot yet with a low flame like much of the release but there is a degree of foreboding in song’s melody. The economical and literary writing style heard in earlier tracks continues here. Mojica’s lyrics are rife with references to the natural world and “Call In” is no exception. It continues mixing this sort of imagery with much more personal twists that are open-ended enough to encourage interpretation. The muted classical influences creeping into the arrangement and occasional chiming percussion. It is a short track, less than three minutes, but a small gem.

Songs from the Land has a level of genuineness seldom heard in modern music. This never comes at the experience of brevity or modesty and not a single second sounds forced. Luis Mojica invests the entirety of his personal experience and passion into this album’s songs and its handmade feel gives it lasting allure. There’s never any question it comes from Mojica’s heart.