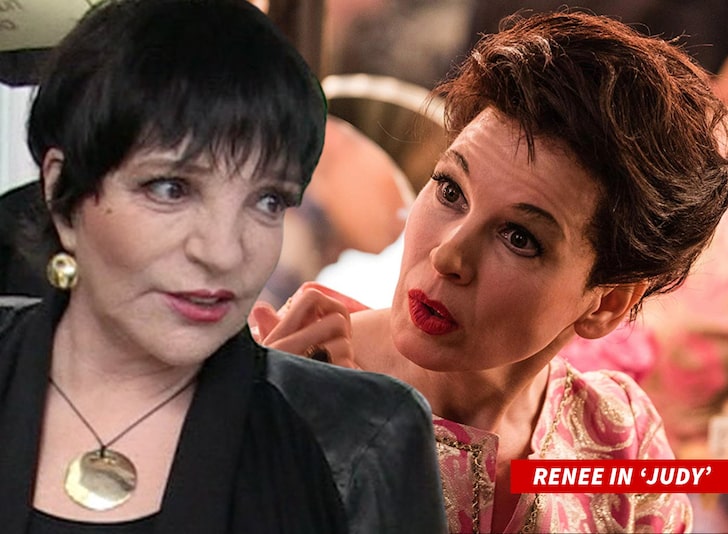 Renee Zellweger stars as the Hollywood legend in Rupert Goold’s movie which is set in 1968, during a time when the ‘Wizard of Oz’ actress headed to London in an effort to revive her career with a series of live shows at the Talk of the Town nightclub.

Despite the rave reviews for the film, Liza is reluctant to watch it because it shows her whirlwind romance with musician Mickey Deans, her future fifth husband, and touches on her struggles with drugs and alcohol use and she doesn’t want to remember her mother like that.

Judy passed away at the age of 47 in 1969 due to an accidental overdose.

A source told TMZ that Liza, 73, “most likely” won’t see ‘Judy’ because she stays away from on-screen depictions of her mother.

Liza – who has struggled with alcoholism and prescription drug addiction herself – would rather fans of her mother remember her by watching her classic films or listen to her records.

Liza has been vocal in her opposition to the biopic, saying that she had not been in contact with Renee, 50, about her portrayal of her mother.

Speaking in 2018, she stated: “I have never met or spoken to Renee Zellweger. I do not approve or sanction the upcoming film about Judy Garland in any way.”

Judy’s other daughter, actress Lorna Luft, has also vowed not to watch the movie.

‘Judy’ director Goold has admitted that he can understand why the screen icon’s children would not want to watch his film because ultimately it is “an invasion of privacy” for them.

He said: “I mean, if somebody made a movie about my mum, I would go, ‘That’s not the story I’d tell! It’s an invasion of privacy at some level, I suppose.”

However, Goold is optimistic that Liza could be won over and be convinced to watch his movie – which is based on the musical drama ‘End of the Rainbow’ by Peter Quilter.

He added: “I’ve got a friend, he’s a dancer and backing singer who had worked with Liza, and he said, ‘The thing about Liza is she’s incredibly passionate and emotional but also will change her view.

“I have every faith that she’ll see it and find it celebratory.”