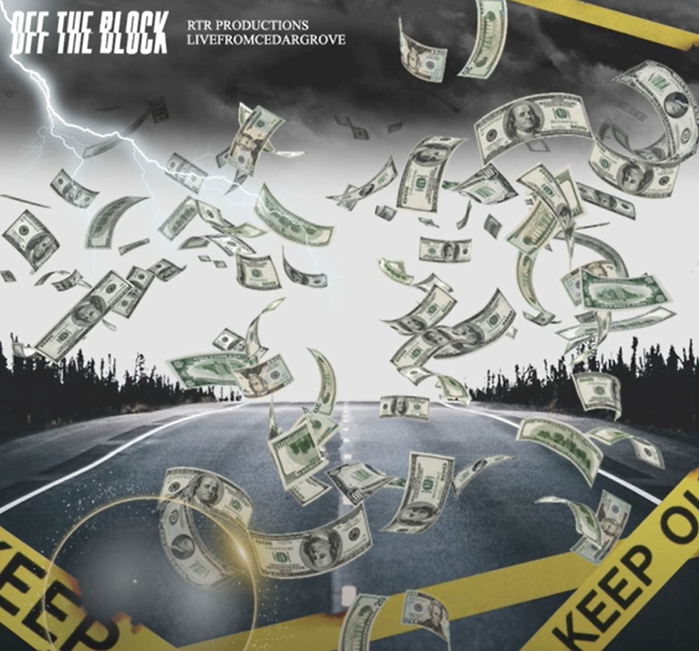 Guitar strings dance in the shadows alluding to a darkness that knows no counterbalance in light. An ominous bass tone that seeps its way to the surface, guiding a groove that will come sliding out of the silence like a sledgehammer capable of total and utter destruction. An artists whose rapping is cutting but unchained to the restrictive guidelines of an archaic scene. We’re in the clutches of Livefromcedargrove this summer with his new single “Off the Block,” and while it isn’t the first track of note from this talented southern rapper, it’s undeniably one of the most mature to make it into the headlines so far.

“Off the Block” is a surreal cocktail of country rap and modern trap music, and though there have been a couple of other songs catching mainstream attention stylized quite similarly to this one, few have boasted the kind of skill this player is imparting to us in its three and a half minutes of running time. If you weren’t sure what to think about Livefromcedargrove before taking in this most recent release, I believe you’re going to walk away feeling like he’s one of the more pointed contenders of the summer without question.

The vocal in this mix is jaggedly applied to the bassline groove, but instead of breaking the harmony with a rigid percussive element behind the main action, we’re left with the verses doing most of the heavy lifting as we get deeper into the track. Livefromcedargrove doesn’t seem to mind having all of the load on his shoulders here – on the contrary, his attitude is perhaps more focused and attentive in this release than it was in some of the cornerstone songs found on his debut album.

There isn’t a spot of extra space here, and none of the postmodern conceptualisms that have been prevalent in the indie hip-hop community find their way into the big picture for even a cameo appearance. The fretwork actually gets disturbingly physical towards the end of the song, giving off a haunting presence that rivals that of the vocal in a few key moments in “Off the Block,” but unless you’re a puritan, it’s one of the slickest climaxes you’re going to hear in rap this season.

There really aren’t enough critics talking about the work Livefromcedargrove is turning in these days, but now that this new single is dropping and getting another wave of fans turned on to his sound, I think the time has finally come for the mainstream hip-hop media to shine the spotlight on one of the underground’s strongest up and comers. This is a very interesting time for independent rappers, and when taking all of the music we’ve heard in the last year into account, the collective credibility of players like Livefromcedargrove beside that of the major label-controlled artists leaves no option but to give respect where respect is due.

I’m excited to hear what comes out of this guy’s next set of recording sessions, and I’m sure other rap fans are going to share my sentiments.

The music of LIVEFROMCEDARGROVE has been heard all over the world in partnership with the radio plugging services offered by Musik and Film Radio Promotions Division.  Learn more https://musikandfilm.com