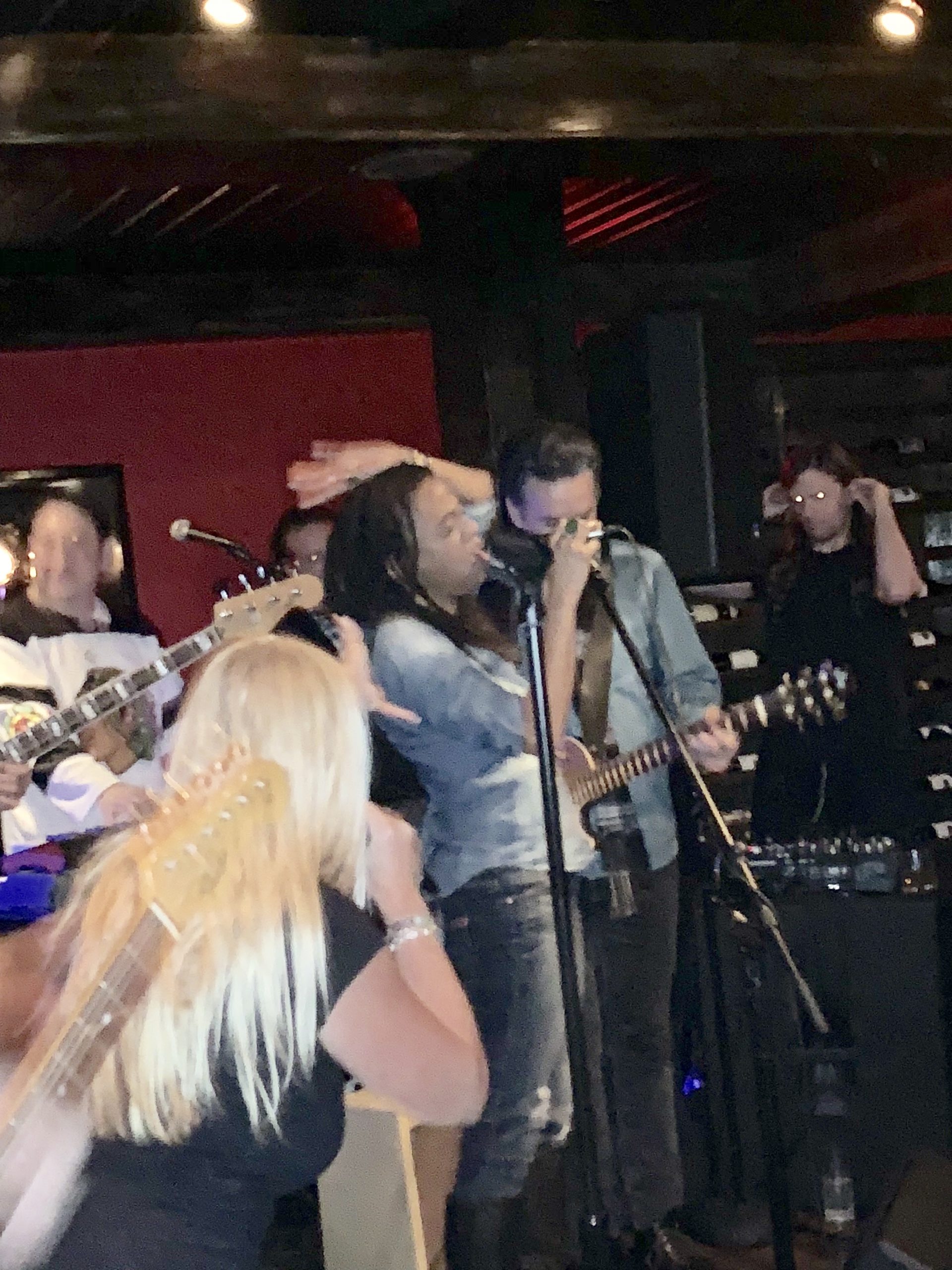 A non-suspecting wine rack lurks on the wall of Killer Shrimp. A picture of Marilyn Monroe is stationed above it. But then the disguised wine rack opens into a secret speakeasy, like those created during prohibition which became one of the biggest parts of American culture during those times. Patrons who frequented the speakeasy behind the sinister walls had no worries, no problems as did the people who where present last night.

Like an Earthquake traveling through the interior of the globe and reminding us that we live on an unfinished planet the band rocked the house. After playing Floyd with a twist of their own style and design, a second set was introduced and all hell broke lose in the most magical sense. No one in the house had a single anguish. There was dancing, singing, smiles ….the room was transformed into a carnival of joy and revelry….Perkins hammered that drum set like a Marquis of Magic, Olson played wild and crazed riffs with a beer bottle. Stardust fell from the round flared bell of Scott’s saxophone. A random singer, Christine Gordon came out of know where like a trouvaille, discovered by chance and ignited a fiery explosion to the already high spirited event.  It became a complete celebration of being alive, a bold and effervescent kaleidoscope of dancing as one in a room with many.

“Sympathy for The Devil”, “Hey Joe” “Come Together”, “Free Falling”…… the music continued sharing the spirit of humanity that doesn’t often happen all at once in a gig setting. Everyone was happy. We left with a clear mind and and untarnished heart…..

Saturday 1/25/20 the Hailers a Grammy nominated band with Scott Page on sax will be performing at “The Killer Yacht Club” and every Thursday experience “Perkins and Page” with special guests as they make music history…..