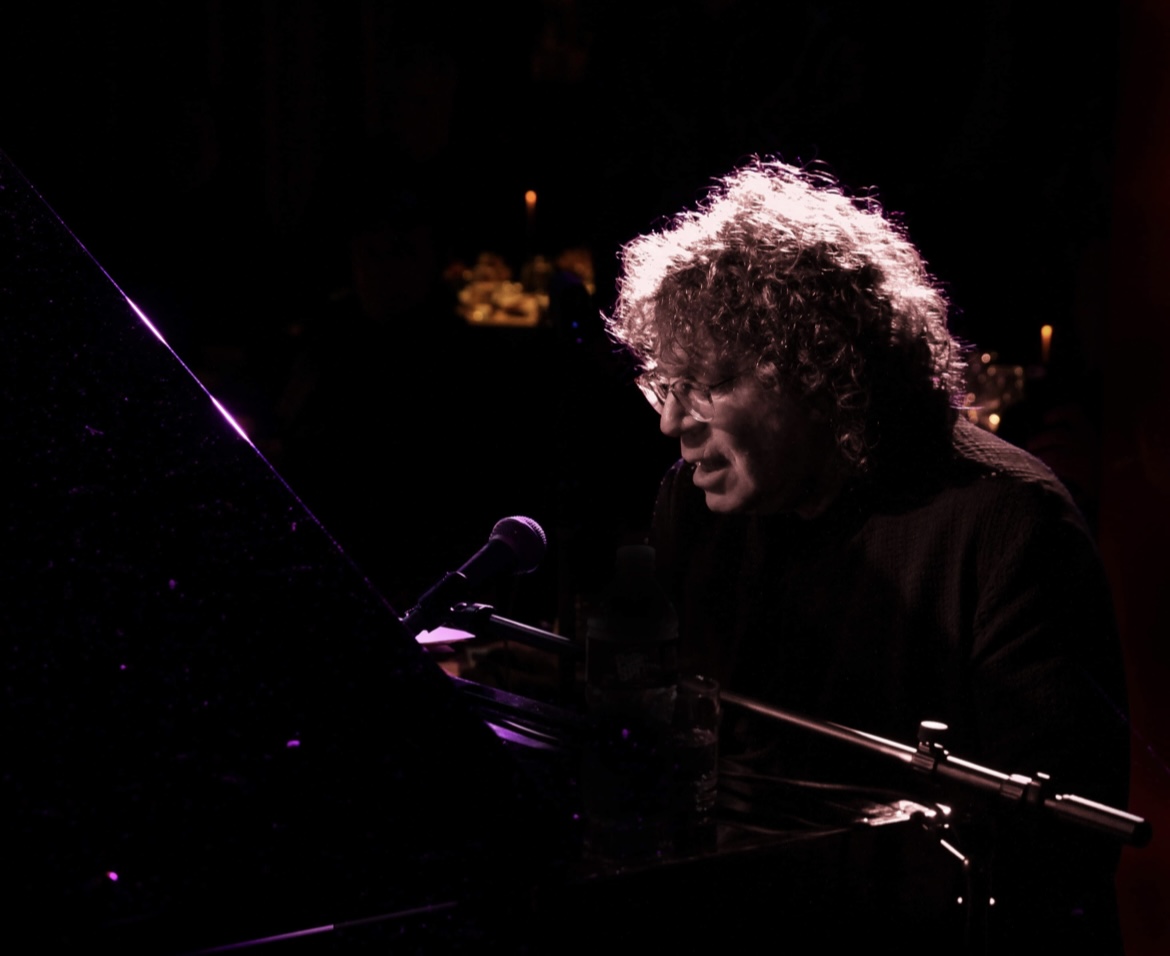 “Somewhere between living and dreaming there’s New York City”, especially in winter. It is the life of the crystal, the architect of the flake, the fire of the frost, the soul of the sunbeam, the crisp winter air…. but the poetry of it in the midst of all the excitement, there is Randy Edelman…..and “80 Minutes Around the World.”

In a vibrant juxtaposition of a refracted rainbow of light from a shattered looking glass or the colors cascading from within a fragmented kaleidoscope, composer Randy Edelman and his music are encircled by the arms of the mystery of God, shining so finely it surpasses understanding.

It was a knock-out tour de force of a show, at the chic and trending Chelsea Table and Stage as the sold-out congregation applauded Randy who rocked the Casbah.

The show was a celebration, a destiny, a chronicle of Randy‘s worldwide journey and illustrious career via alluring music, enchanting laments, charming narratives and humorous anecdotes. The audience literally held Randy hostage on stage while he performed “A Weekend In New England” (as recorded by Barry Manilow), “You” (as recorded by The Carpenters), “Isn’t It A Shame” (as recorded by Patti LaBelle and Nelly), “The Woman On Your Arm” (as recorded by Bing Crosby), “Uptown, Uptempo Woman” (as recorded by Randy Edelman) and a boundless array of others…

Not to mention several medleys of songs from the vast amount of films (over 100 blockbusters) that Randy has musically designed and orchestrated including “My Cousin Vinny”, “Last of the Mohicans”,  “Gettysburg“, the theme from the hit show “MacGyver”……After almost 2 hours (he might think about changing the “80” minutes show title), he asked the crowd “Can I go now?”, and the audience vehemently, and without hesitation protested and yelled “NO.” And he hadn’t even featured his themes from the Olympics or NASA….However, he did continue…

He showcased his recent post pandemic global hit “Comin’ Out the Other Side”, and his brand new just released pop/R&B super hit “How Could I Let You Go”, a song riddled with passion and tainted with emotion. He closed the show with a “Beyond” climatic rendition of “You’ll Never Walk Alone” (Carousel) and then quietly left the stage to a standing ovation that lasted almost as long as his 2 1/2 hour show…

I have never seen or heard such unimaginable praise for an artist, even at the biggest Rock concerts or the best Broadway shows….Randy’s songs are the perfect fragrance for those who aspire to romance. There is an entire library of amorous emotions and words wrapped up inside the confines of his eloquent lyrics and serialism.

Get your tickets for the next amazing show today: