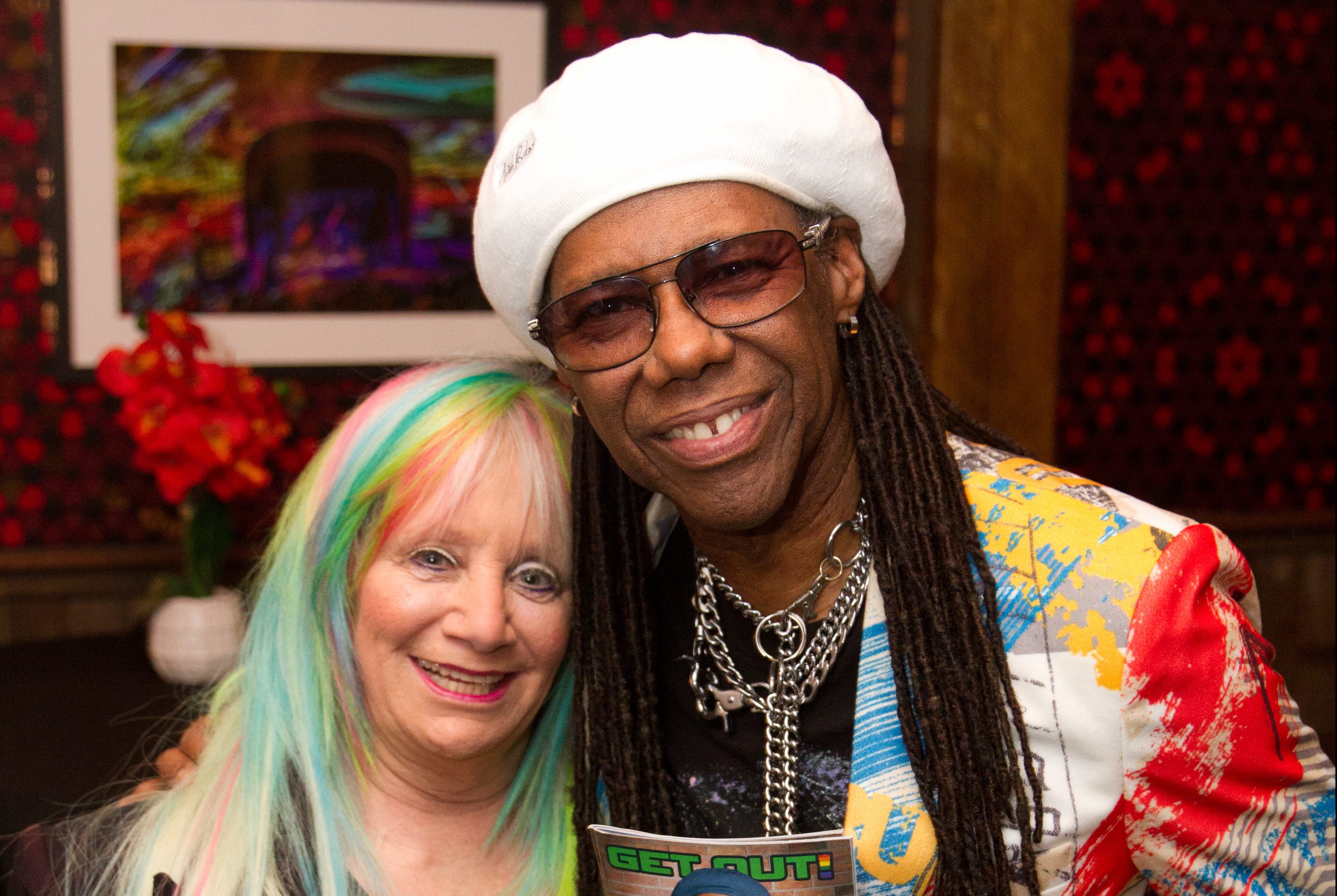 Like a fiery spark whipping the sky, bursting through the night with blazing trails of light on a canvas of stars, the iconic Nile Rodgers took the stage with his high spirited charm and phenomenal brilliance. Nile Rodgers and Chic composed of lead vocalists Kimberly Davis and Folami, Jerry Barnes on bass, Ralph Rolle on drums, Richard Hilton and Russell Graham on keys, and Bill Holloman and Curt Ramm on horns, orchestrated a musical chaotic bliss at The Capitol Theater in New York. 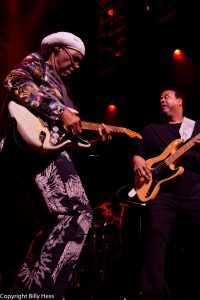 The Grammy Award winning singer, songwriter, producer, musician, guitarist, and arranger took the evening off from touring with Cher to gig with Chic in his home town for friends and fans to experience. Nile Rodgers has written and/or produced some of the most epic songs for some of the most iconic artists on the planet. The artists include: David Bowie, “Let’s Dance”, Diana Ross, “Upside Down”, “Im Coming Out”, Madonna, “Like A Virgin”, Sister Sedge, “We Are Family”, Duran Duran, “Notorious”, just to mention a few. As the co-founder of Chic, there were a slew of hits as well including “Le Freak.” Nile Rodgers and Chic performed them all! He also wrote and produced for INXS, Daft Punk, Mick Jagger, Jeff Beck, B-52’s, and the list is as endless as the sunset. 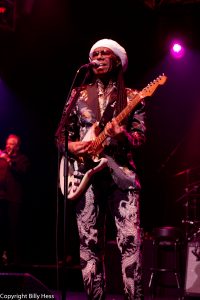 Aside from the animation and exuberance that conjured up the liveliness of the evening, I have to admit that Nile’s costumes of the evening were staggering. Colorful, majestic, one of a kind, and most importantly fun! ,

I had the true honor of meeting Mr. Rodgers before his show and found him incredibly nice and really authentic, but that was only a prelude to seeing him gig on stage. His presence can easily be compared to royalty, only funkier. The band did one song after another while Nile told the audience a brief story to accompany each of the many hits. Kimberly Davis did a solo number with a voice that reached the heavens. Folami performed Madonna’s “Like A Virgin” with zest and soul. Nile’s unique guitar style amplified the magic of the evening. 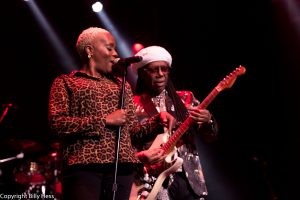 When the faction did “Le Freak” members of the audience danced on stage with the band. The audience danced on the floor throughout the entire gig. Chic is full of vibrancy and effervesce. They genuinely have fun out on stage and that is super apparent during their performance. If you get a chance to catch Nile and Chic in your home town, take full advantage.