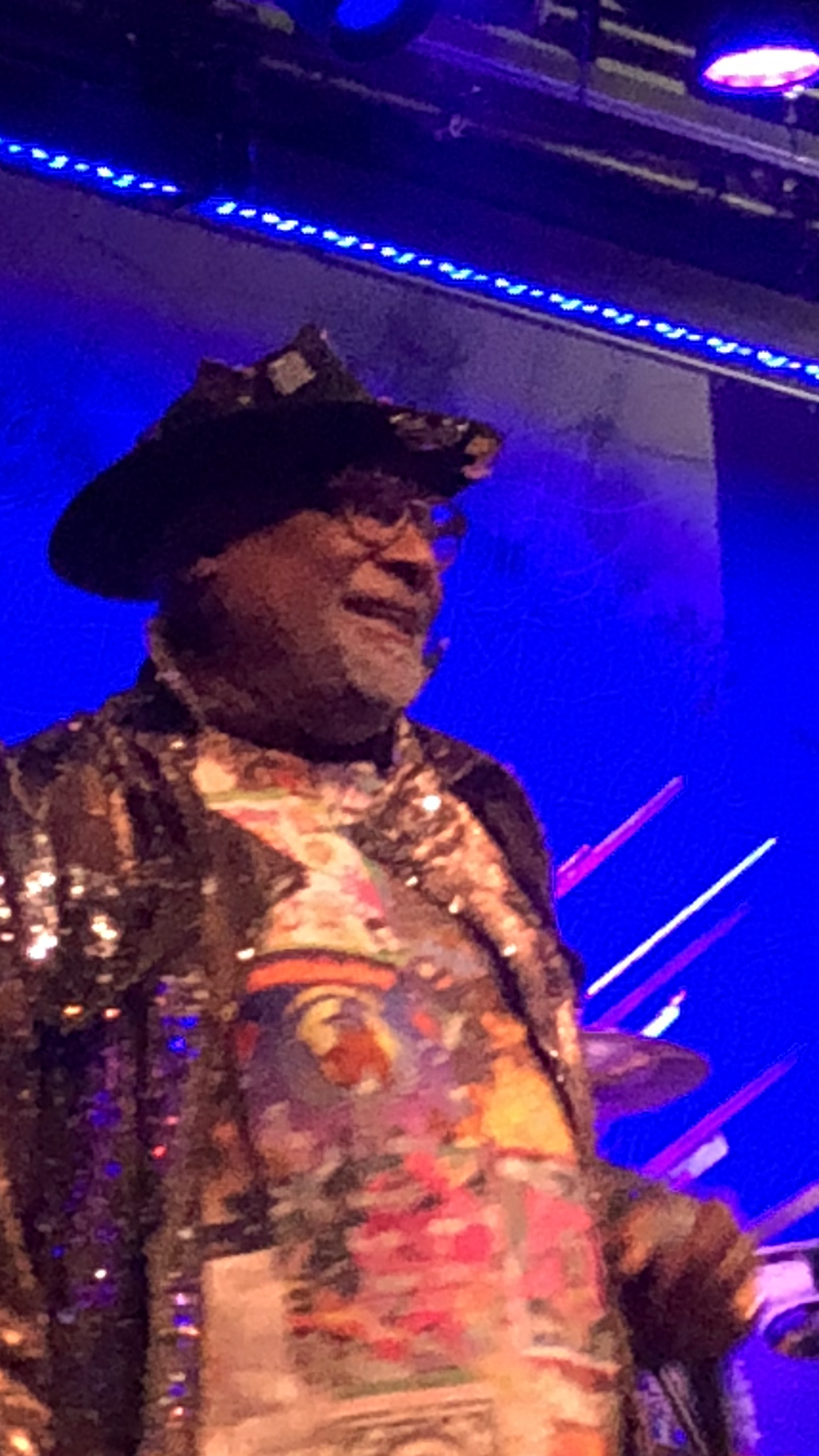 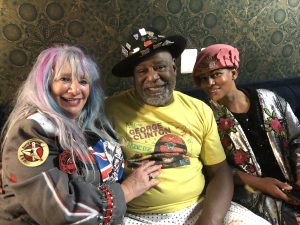 One of the most epic, astounding, dazzling, and life altering concerts I’ve ever experienced materialized at Sony Hall in New York City when legendary funk king George Clinton & Parliament Funkadelic captured the stage and the audience along with it. Powerfully chaotic in the best possible way, Mr. Clinton appeared wearing an overwhelmingly sparkling gold robe while Trafal, with his pink, blue and white extended braids stripped from the waist down and did the gig in his man-thong. 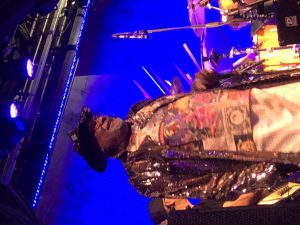 Largely a family affair, P-Funk showcased Clinton’s son, grandchildren, and cousins, including grandchildren Tra’zae Lewis Clinton, Batavia, Tanisha ( Kandy Apple Red), Trafal, Poppy, all third generation Parliament Funkadelic, and It goes on and on including Clinton’s son, Trey Lewd. The most talented kid in the music biz, LAW known for his work with George Clinton and Amy Winehouse also created a buzz during and in the aftermath. 13 who I had the extreme pleasure of meeting before the show was also a force of nature to be reckoned with.

George Clinton is one of the most influential artists on the planet. He created his Parliament Funkadelic collective during the 70’s. The surreal, outlandishly adorned, psychedelic cultured fantasy and Sci-Fi driven Band became an influential, eclectic form of funk. Inducted into the Rock and Roll Hall of Fame in 1997, Clinton is regarded as one of the foremost innovators of funk music. Although Clinton announced his retirement set to begin in May 2019 it is expected that P-Funk will continue on without him. He was quoted as saying: “Truth be told, it’s never really been about me. It’s always been about the music and the band. That’s the real P-Funk legacy. They’ll still be funkin’ long after I Stop”. 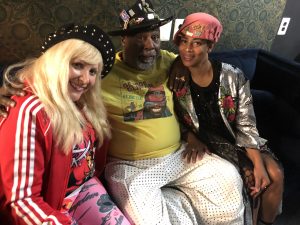 I was invited to this extravaganza by Sceamin’ Rachael the Queen of House Music according to Billboard Magazine, and president of Trax Records. We met one of the band members before the gig, known as 13 an extraordinary personality, yet I still had no idea of what to expect. The concert was magic from start to finish. They played nearly 3 1/2 hours without a break. They created more energy than a raging tsunami or an erupting volcano. Some of the best musicians and vocalist known to man were on that stage. Even the audience was full of funk. I will never view a concert the same again. It was a vibrant culture prism, a dynamic echo into a brand new realm of existence.