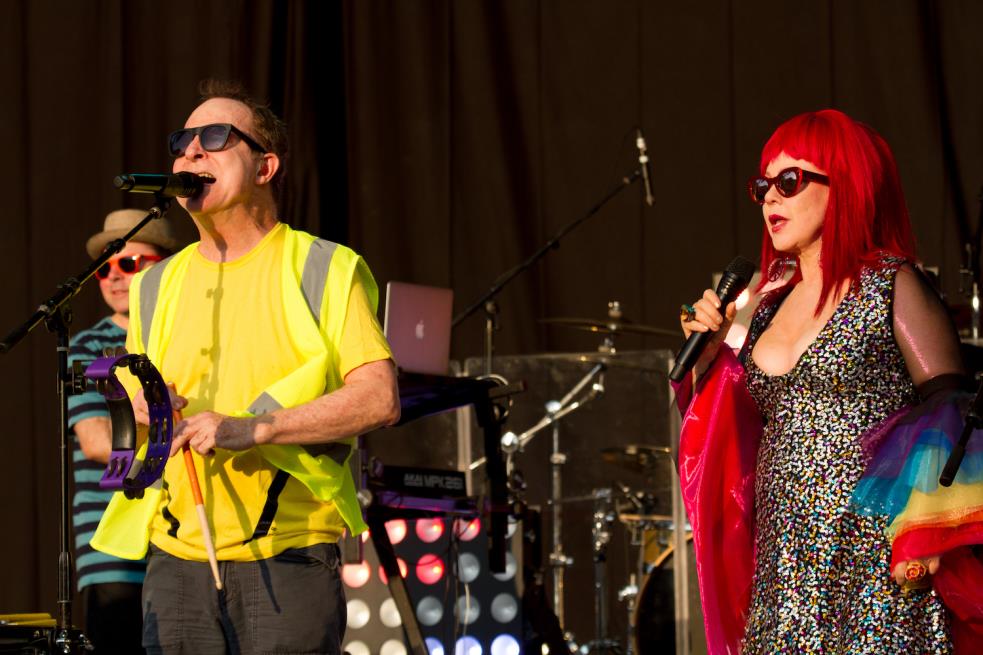 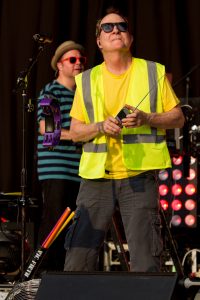 The danciest band on the planet, the B-52’s played support for the iconic blue-eyed soul master, Boy George, and brought the arena down with their mad antics, wild new wave, and thrift shop aesthetics.

The band secured massive popularity in the 80’s with huge hits including: “Roam”, “Rock Lobster”, and “Love Shack”. Their boy verses girl members encompass: Kate Pierson, Fred Schneider, Keith Strickland and Cindy Wilson. Inspired by retro sources from the 50’s and 60’s, the trash cultured faction is known for their unique guitar and keyboard instrumentation, which earned them a trade mark sound. 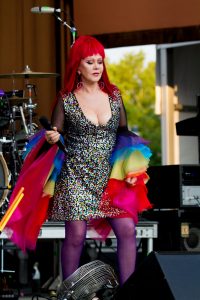 Taking the stage following Tom Bailey from the legendary Thompson Twins, the B-52’s engaged the audience immediately like a cyclical hurricane with blizzard force. The congregation jumped up and down, stormed the front of the stage and danced until the sun went down. At one point vocalist Fred Schneider dressed in tragic drag, scary but fun, to perform as the set list dictated. Although years have gone by, the band still rocks it sounding exactly the same as they did when “Love Shack” was first released. Their whimsical attack and musical capers continue to intrigue and fascinate audiences everywhere. They gave the fanatics exactly what they longed to hear. 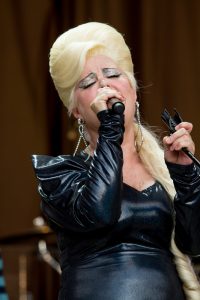 The band revolutionized their sound back then and still now. Vocals were clear, instrumentals tight. Their stage presence was boarder line insane in the best possible way. The B-52’s are a vibrant, colorful group, representing the essence of the 80’s.

When their set ended, the heat of the evening caused the crowd to double up on hydration, as they waited anxiously for Boy George and The Culture Club to continue making musical history. This tour is essential to see with dates left in the tristate area throughout August.