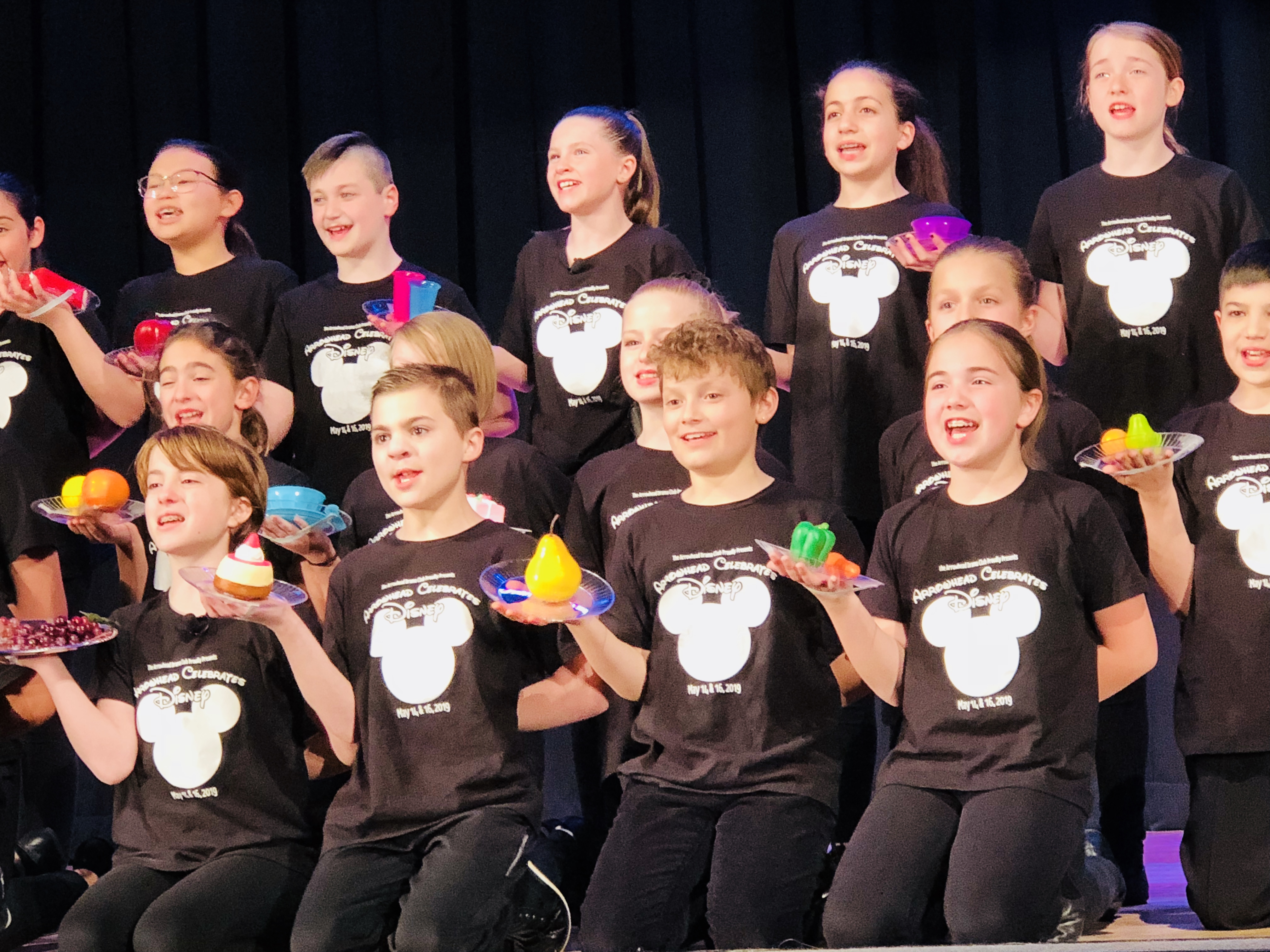 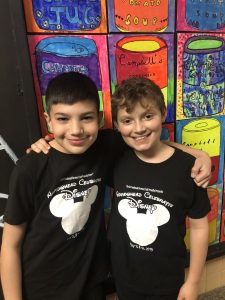 No it wasn’t Broadway, it wasn’t Off-Broadway, it wasn’t even a professional musical theater, but it was adorable. Brilliantly produced and directed by Ms. Anderson, Mrs. Kiriluk, and Mr. Mueller, Arrowhead Celebrates “Disney” took a cast of 5th and 6th graders and made them stars for a night.

The full cast opened the show with an explosive number from “Beauty and the Beast”, called Be My Guest. Costumes were simple, black pants and black and white Disney T-shirts, but the entire troop looked striking. The dazzling prelude was followed by 8 themed Disney songs from various Disney movies including: “Where You Are” from Moana, “Touch The Sky” from Brave, “You’ve Got A Friend In Me”, from Toy Story, “Hakuna Matata” from The Lion King, “In Summer” from Frozen, “Almost There”, from Princess & the Frog, “Heigh Ho”, from Snow White, and “Supercalifragilisticexpialidocious” from Mary Poppins. 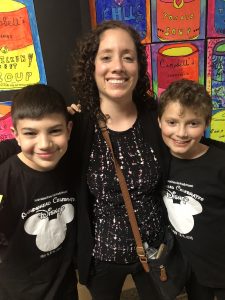 There were four narrators, Kelly Callan, Josephine Padavan, Matthew Rivera, and Tyler Stickleman, all were outstanding. They announced each number with humor and animation. 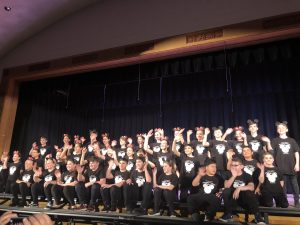 During each performance there were single or several solo artists showcasing the songs while the other actors shadowed their songs with props and background choirs type acting. All of the actors were spectacular, however several caught my attention. Arielle Massey and Colin Spatz charmed the audience during the Mary Poppins track, while Liam Lennon soloed in the Frozen theme. Kayla Murphy bravely soloed in Brave, and Jason Styles, Emile Gallagher and Lily Rose Zeidler were fabulous performing Moana. J.P. Parkinson and Kennedy Wilson stood out in Toy Story. For me my favorite was The Lion King starring, Logan Vohrer, Alan Bangiyev, and Gabriel Evan. 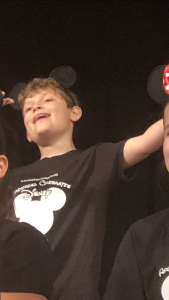 The grand finale was again ignited by all of the cast. They paraded the stage while singing the “Mickey Mouse Club Theme Song” and then creatively took their bows. The show went off flawlessly. The producers, directors, actors and stage crew can all take a bow! No one seemed nervous, all though I knew they were, in front of the sold out, fully packed assembly. This was a very professionally done showcase.

After the performance I spoke with the vibrant little warthog, (or whatever that animal was), from The Lion King, who charmed the crowd singing “Hakuna Matata”, superstar, Gabriel Evan….Gabriel has been performing as a street actor in The Port Jefferson Dickens Festival for the last 5 years, since he was 5 years old. 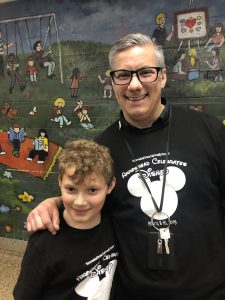 Gabriel, what was it like debuting in your very first production?

Well it wasn’t exactly the most scary thing because we performed in front of two groups of kids. So it wasn’t as scary as it would have been if I was just performing for my parents for the first time.

Did you have fun?

Of course I did, why wouldn’t I?

Do you want to do this when you grow up? Maybe be a Broadway star?

Yes. But I want to be a musician more.

What instruments do you play?

I play right now the piano and the tenor saxophone.

What advice would you give someone who wants to be a star?