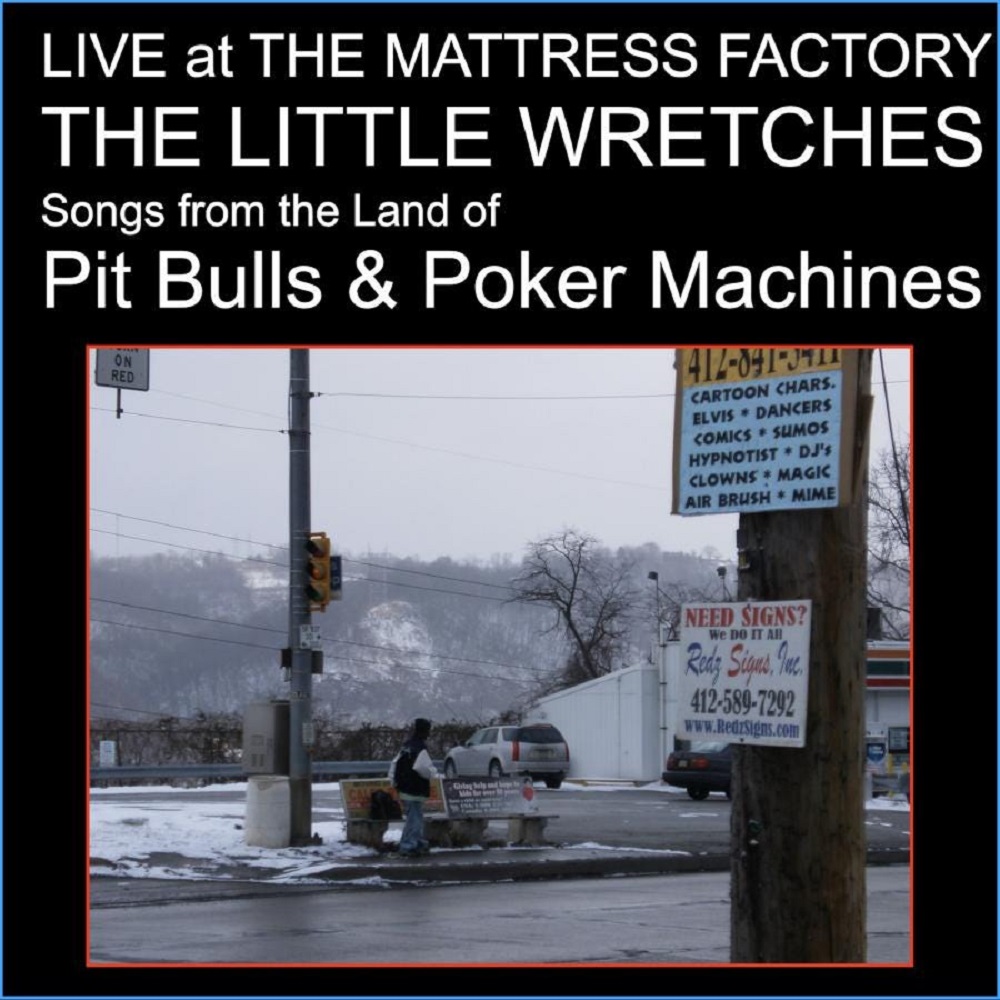 There’s a part of Live at the Mattress Factory from Robert Andrew Wagner’s Little Wretches that will stick with me for some time. After several tracks that act as critical lenses towards modern society, Wagner shifts gears to look back at his own life with a more intimate lens. He tells a story involving his father’s loss of virginity, and while I don’t want to say the specifics here, the live audience he stated it in front of fell to a hushed palpable silence.

Wagner attempts to recover with a deliberate joke to help ease the tensions, but it’s complex and initially, I was appalled to hear it and wondered why it was included in the release. Prior to this, the album with tracks like “Dark Times”, “Whether or Not You Like It” and Promised Land”, captured the frustrations of the modern working man, and the lack of freedom life forces you under a work-life regime and as the album made the turn inwards to Wagner and how seemingly matter of fact he put this admission, it suddenly hit me. Wagner isn’t making light of it, he’s exposing the trivial nature of the past. Wagner is existential in nature and asks a lot of dense questions. He knows how to effortlessly trick you into thinking a song is about one subject before twisting the knife and showing you it’s really about something else.

The story of his father comes right before the song Preacher Girl, a kind of morally gray song I can see some not clicking with, but when you take into account it’s from the perspective of a horny stupid teenage boy, things seem a little different. Wagner is being critical of himself for holding the same complacency as his father and that theme of breaking cycles set by society and family is all over this album. Something I want to give a big shout-out to is how great this album sounds for a live recording. Even with the minimal setup, the whole thing sounds clean and tight especially with the accompanying harmonics and violin that helps elevate plenty of the songs from mere coffee shop ditties they could have been in lesser hands. By the time I got to the end of the album, I realized it was already ranking amongst my favorite releases this year. Wagner doesn’t preoccupy himself with coming across as “pretty”.

His voice is harsh in spots and the subject matter can get pitch black dark, but he’s not trying to burden you, he’s trying to open your mind. In ways, it’s an almost spiritual affair asking us to remind ourselves of our own humanity. Towards the end, there’s an outro that’s a violin rendition of Aloha, a word that as many knows can mean hello or goodbye and in this case, I’m electing to consider it Wagner’s grand hello to us all, and the harsh but welcome awakening he’s come to bless us with. It’s an imperfect listen, from an artist who aims to show we’re not perfect, we’re merely human and that’s all we can hope to be.