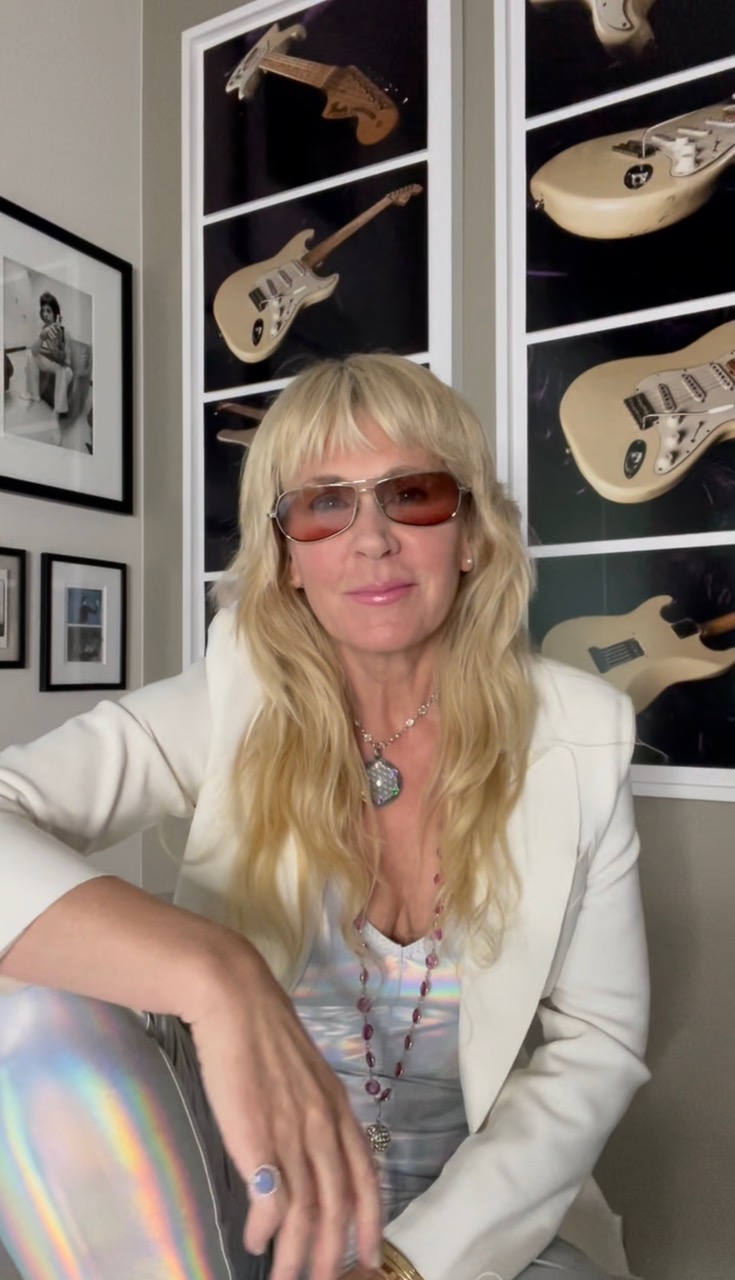 Lisa Johnson has followed up her previous literary effort, 108 Rock Star Guitars, with a decidedly more somber, more retrospective kind of piece entitled Immortal Axes: Guitars That Rock. Whereas the last book displayed a vibe that was more upbeat and somewhat colorful in nature, there’s something colder and even a little wistful about the design and look of Immortal Axes. It’s not exactly a representation of an era gone by, but there’s no denying culturally and musically rock has changed – some would say, not for the better.

While modern-day groups like the Hollywood Vampires try to keep the hype for rock-and-roll alive, electronica, dance, and worst of all in the eyes of any old-schooler – pop – have taken center stage. If 108 Rock Star Guitars was the literary equivalent of the buoyancy displayed by George Lucas’s first Star Wars film, then Immortal Axes is the equivalent to the Irvin Kershner-helmed Empire Strikes Back. A sadder, wiser, more nuanced examination of its topical material. That doesn’t stop Johnson from still possessing a sense of fun, however. Particularly with the knowledge that the guitars showcased are affiliated with over 150 artists, including the likes of Paul McCartney, Elvis Presley, and Eric Clapton. Not too shabby, especially for one of the hottest rock photographers on the planet.

While the backstories and intimate facts presented are a huge part of Immortal Axes’ charm, the icing on the cake obviously is the nature of the photography itself. Johnson hasn’t lost her ability to balance edge with intimacy, providing gorgeously rendered displays of different electric guitar models through the years. Take, for instance, the image of an old grand piano with sparkling, polished wood. Resting on the seat in front of it, you’re treated to the stark visual juxtaposition of a cherry-red electric guitar, splayed against the duller brown towards the far-left of the shot. Or the gorgeous staging of a standard, acoustic guitar – lying against a wrinkled red robe of cloth in a brightly-lit room.

There’s a penchant for the theatrical, perhaps a visual representation of Johnson’s reverence for the material, but never at the expense of coming across as excessively flashy, nor tediously maudlin. Johnson knows how to dress the subjects of her pictures, so to speak, but never removing them in the process, turning them pristine. It’s the kind of approach that arguably continues to keep her within the cultural fold, along with elevating the book individually as its own, accomplished staple.“…this journey I share with you is soul-infused…,” Johnson writes. “…just like the chance meeting I had with the First Lady of Rock, Suzi Quatro, that weaved me into her living room a year later to photograph her bass.” She goes on to elaborate further within the pages, “…maybe (Immortal Axes) will help you look at your own guitars in a new light.

Where did that nick come from? What riffs did they play? Who did you play it for and how did they react? Memories. Personal stories. Artistic expression. Yes, guitars need to be treasured. These famous ones…and your own.” Like I said about the nature of her photography, it’s the balancing of elements with the more vulnerable, even confessional that makes Johnson not only an expert photographer, but something of an expert storyteller in her field as well…