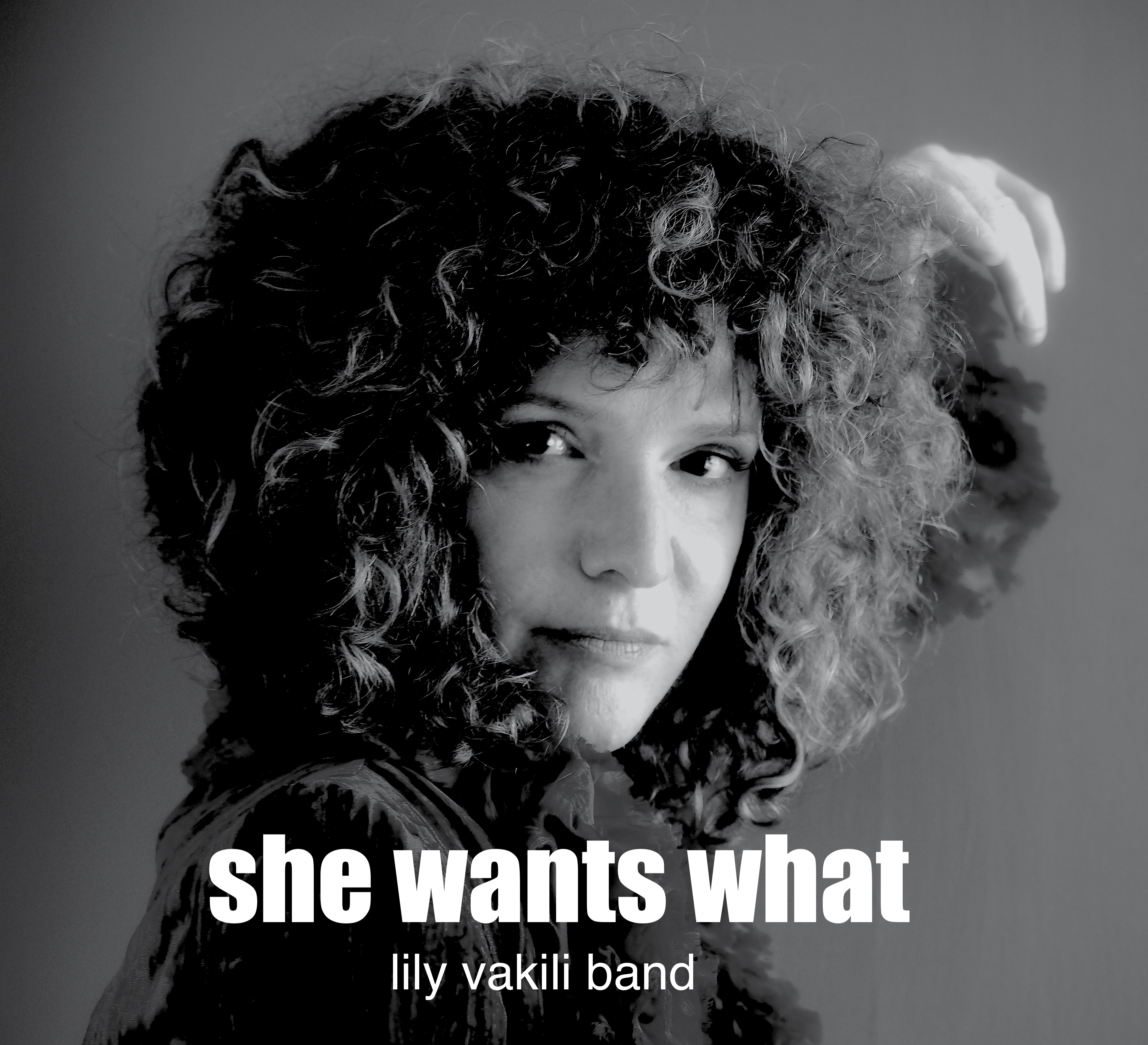 New Jersey’s Lily Vakili Band is poised to hit a higher stride than ever before thanks to the new single “She Wants What”. The first single from her soon to be released new EP Set of Seven throws down a gauntlet of sorts; Vakili, after seven years pursuing her musical ambitions, has lost none of the initial momentum that compelled her to move into the performing world. The new single is rousing reminder of the internal need to express herself driving her to form this band and begin writing songs for release. The new song doesn’t just speak for herself; it speaks for a wide swath of like-minded listeners who, without question, will feel close knit solidarity with this performance and newcomers to her art will feel invigorated by the full throated and unfettered passion she brings to this track.

Vakili has, more or less, traveled the world and has exposed herself to a wide variety of experiences during the course of her life. The breadth of life she has witnessed manifests itself in the palpable confidence you hear in “She Wants What” – this is a self-possessed performer with an unabashed willingness to put herself on the line each time out. Putting herself on the line comes across in her ability to throw herself headlong into this performance and others. Vakili holds nothing back and the absolute commitment she brings to each line and it is matched by the band’s unfettered passion as players. The guitar work, in particular, sizzles.

There is a generous amount of lead guitar built into the performance though there’s never any sort of emphasis on those sorts of instrumental moments you might hear in similar tracks from different performances. The hard-hitting rhythm section attack has a fat presence in the mix without ever overwhelming other elements, but the central force driving this track forward is Vakili’s vocal. She is a kinetic presence in the performance from the first line to the last and rivets listener’s attention.

“She Wants What” has clear subject matter and Vakili’s songwriting doesn’t waste any time making its point. The theme of self=empowerment and asserting your individuality makes itself heard from the outset and Vakili avoids any excessive wordiness getting this over with listeners. It’s an outstanding accomplishment all around, but even more so when listeners take into account the brevity of the song. It has an almost punk rock focus – a little over two minutes reflects the no-nonsense approach Vakili and her band adopt in pushing the musical message. It is impossible to find any self indulgence weighing this track down.

It’s exactly the kind of recording with the potential to bring Lily Vakili to an even wider audience than before. Her musical career hasn’t been long, per se, but she already displays the seasoned attributes of a veteran singer/songwriter while losing none of the inflamed passions common to emerging artists. She sings like she has something to prove and the band plays like it as well. “She Wants What” crackles and bristles with genuine rock and roll spirit.