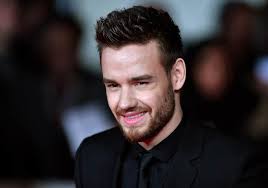 Liam Payne has criticised the media for not hailing Justin Bieber’s bravery in admitting to past drug and personal problems.

Justin, 25, revealed his personal struggles in an Instagram post on Monday, stating that he had used “heavy drugs” at 19 years old and “abused all my past relationships” before finding love with his new wife Hailey Bieber.

Hailing Justin’s confession, Liam posted a screengrab of a trending Twitter news item titled: “Justin Bieber admits to ‘heavy’ drug use and his struggles with fame in candid post” on his own Instagram.

The Strip That Down hitmaker, 26, took issue with how the Sorry singer’s emotional post was covered in the press, believing the star should have received more credit for his bravery.

He wrote: “So this is the one thing the worlds media picks up on after all he said …? Can anyone else see the problem here? @justinbieber I think what you did yesterday was incredibly brave and you deserve a little more respect (sic).”

The Canadian popstar’s confession read: “I started doing pretty heavy drugs at 19 and abused all of my relationships. I became resentful, disrespectful to women, and angry.

“I became distant to everyone who loved me, and I was hiding behind, a shell of a person that I had become. I felt like I could never turn it around. It’s taken me years to bounce back from all these terrible decisions, fix broken relationships, and change relationship habits. Luckily god blessed me with extraordinary people who love me for me.”

He revealed how he had struggled with finding fame as a young teenager, and sunk into depression and battled legal woes, crediting God and his wife with helping him get his life back on track.