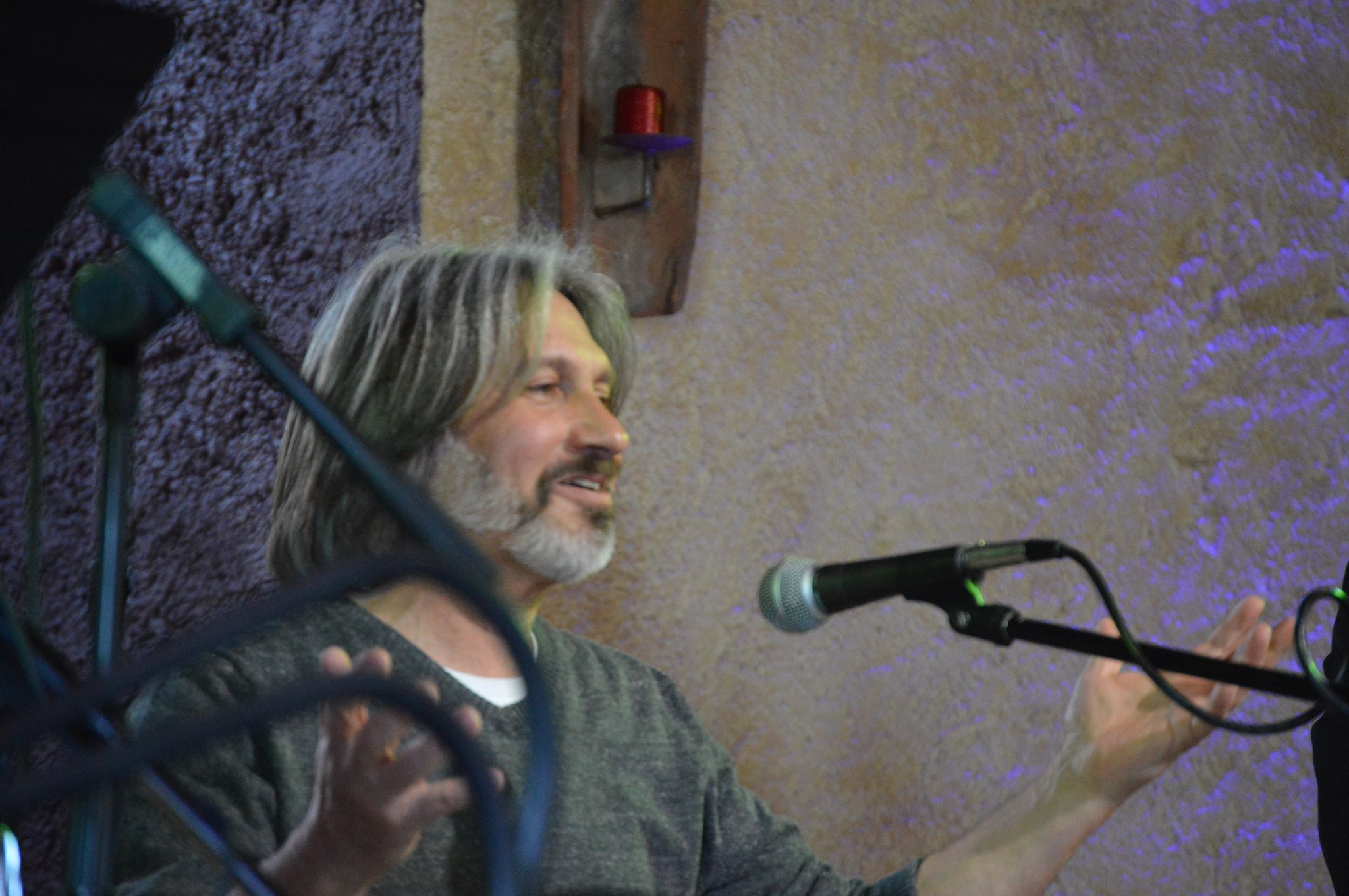 A single strike of the piano keys is all it takes to set up a mood at the start of “It’s Lost,” the first song in the tracklist of Let the Day Decide, the new record from one George Mallas. Mallas doesn’t want to utilize a lot of elaborate tricks in trying to get our attention with this record, but instead a simplistic melody here and a casual rhyme there that together make us feel like we’re conversing with an old friend rather than listening to the standard pop fare. “It’s Lost” leads us into the titular cut from Let the Day Decide without skipping a beat, but I wouldn’t say this is the progressive concept work you might be expecting at this juncture of the tracklist. Truthfully, the material here doesn’t need camp or poetic continuity to feel like a complete piece.

“Don’t Walk Away (Dragon Song)” is probably the most Cat Stevens-esque tune on this LP, but it’s hardly the only piece of folk-pop intrigue you’re going to find. “Your Name” has a structure much less retro in comparison to its counterparts here, and I even think it feels like the most natural choice for a lead single in Let the Day Decide. It’s freeing and cathartic in all the right spots, and when we finally reach its epic climax, there isn’t an underwhelming sense of completion that often accompanies a track as harmony-driven as this one is. “History” is a bit more stoic, but there’s not a single piece of songcraft in this album that I would describe as being devoid of honesty and soul.

The duet in “History” makes for an interesting segue into “My Beliefs / The Prayer,” another unabashedly retrospective look for Let the Day Decide, but it isn’t until we make contact with “Go and Behold” that we’re really able to appreciate just how much muscularity George Mallas is able to swing around as a musician when he needs to in this tracklist. “Go and Behold” runs nearly five minutes in total length, but it rolls out of the speakers with an insistence that makes it feel almost shorter than it really is. We’re along for the ride with this singer, and never is there a second in which we aren’t certain of his grace in this specific performance.

“Shine” is the most focused pop effort on the album, but it’s not a departure from the wholeheartedness of the other songs included here at all – contrarily, it’s a good selection for a second single. “Chasing Rainbows” is similarly buoyant, but next to “For Love,” most of the tracks in Let the Day Decide are. When all is said and done, I think George Mallas is going to get a lot of love from the press and listeners the same this summer on the strength of his output in this album, and there’s nothing here to indicate that he isn’t going to aim even higher in his follow-up. This is quality songwriting and, more importantly, truly heartwarming craftsmanship from Mallas.