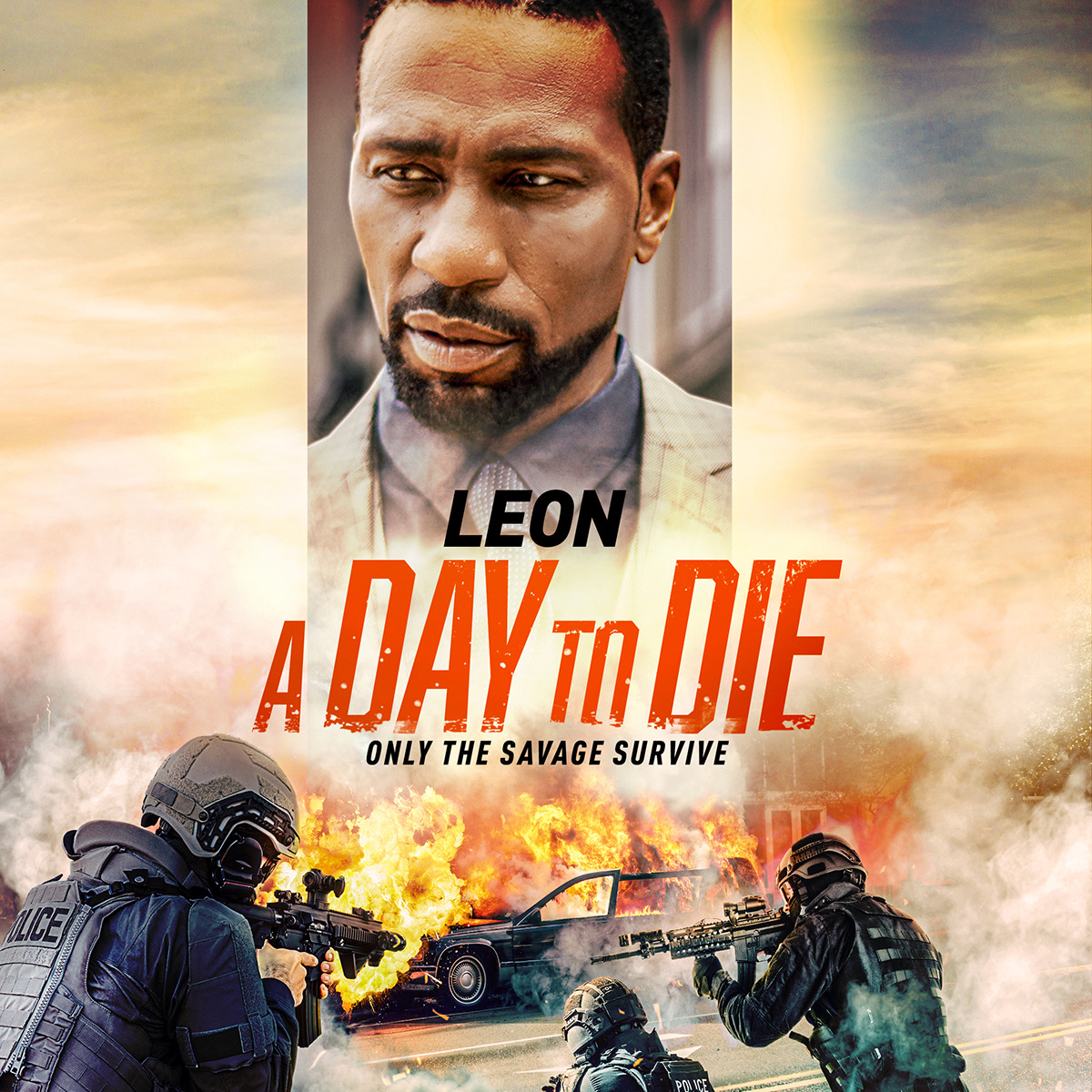 A Day to Die, the action-thriller, starring legendary Actor Leon, Bruce Willis and Kevin Dillon, is set to be released in to theaters on March 4, 2002. Wes Miller directed the indie from a script he co-wrote. Vertical Entertainment has secured the U.S. distribution rights.

In the film, a disgraced parole officer (Dillon) is indebted to a local gang leader (Leon) and forced to pull off a series of dangerous drug heists within twelve hours to pay the $2 million dollars he owes, rescue his kidnapped pregnant wife, and settle a score with the city’s corrupt police chief (Willis), who is working with the gang leader and double-crossed him years ago.

2022 is shaping up to be another breakout year for Leon as he can currently be seen in the Showtime Drama “City on A Hill”. In 2020 Leon starred in Hallmark’s #1 movie of the year, “Time for Us to Come Home for Christmas” which received rave reviews! In 2019 Leon starred in the move “Her Only Choice”, an International Press Academy nominee for Best Movie Made for TV currently streaming on Netflix. Leon also co-starred and executive produced the award-winning, international TV series “40 & Single”. Leon is one of the stars of the provocative series “A Luv Tale” which premiered in 2021 as well as re-occurring role on CBS’ “Blue Bloods.”

Leon is best known for his lead role of Disney’s blockbuster hit “Cool Runnings”. He was the hero in New Line’s urban sports drama “Above the Rim,” appeared in Tri-Star’s action hit “Cliffhanger,” and is his most love-hate role, Russell in 20th Fox hit “Waiting to Exhale”. He starred in the NAACP Best Picture Award winning “Once Upon A Time When We Were Colored,” and HBO’s first original series “OZ”. Leon continued to shine in musical roles such as Robert Townsend’s “The Five Heartbeats” (voted the #1 African American film by AOL), the Emmy Winning mini-series “The Temptations,” as lead singer, David Ruffin and the NBC authorized biography of “Little Richard” both earning him NAACP Best Actor nominations. AOL named Leon as one of sexiest black actors of all times.

View the Trailer for A Day To Die here: