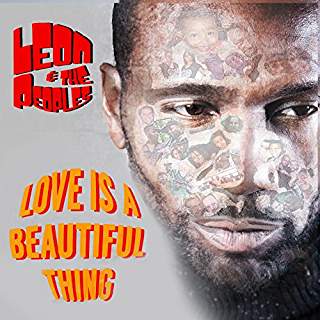 Leon & The Peoples have achieved significant Billboard success, hitting the Hot Singles Charts numerous times, reaching as high as number three with their hit single “Love Is A Beautiful Thing” which is the title track off their new album. Other singles on the new album that hit the Billboard Hot Singles Charts include “I’d Look Good On You” and “Beautiful”.

Leon leads the group, Leon & The Peoples, which has a signature style that combines Reggae and Soul and carves out a genre that is all of their own. Leon passionately leads the band with his smooth, sultry vocals and heartfelt lyrics, while The Peoples feature top-notch musical talent from across the globe. The unique creation results in high energy live performances and a commitment to bringing their Reggae-Soul infused music to a worldwide audience.

Leon is no stranger to music on the silver screen having portrayed David Ruffin in the hit Mini-Series “The Temptations” based on the legendary Motown super group, “The Five Heartbeats” and as “Little Richard” in the authorized biopic both which were directed by Robert Townsend. You will also recognize him from the hit movies “Get Rich or Die Tryin'”, “Ali”, “BAPs”, “Waiting to Exhale”, “Cliffhanger”, “Cool Runnings”, and the hit TV show “OZ”.

Leon & The Peoples fans who pre-order the new album “Love Is A Beautiful Thing” will receive two tracks off the new record instantly after pre-ordering the album. Get the singles “Beautiful” and “R U Ready Tonight” as a bonus after purchasing.

Call your favorite radio station today and request their latest song “Sometimes I Wish I Was Single” off their forthcoming album “Love Is A Beautiful Thing”.

Reserve your copy of Leon & The Peoples new album “Love Is A Beautiful Thing” on iTunes in the United States here:

The official Leon & The Peoples website may be found at http://www.LeonandThePeoples.net