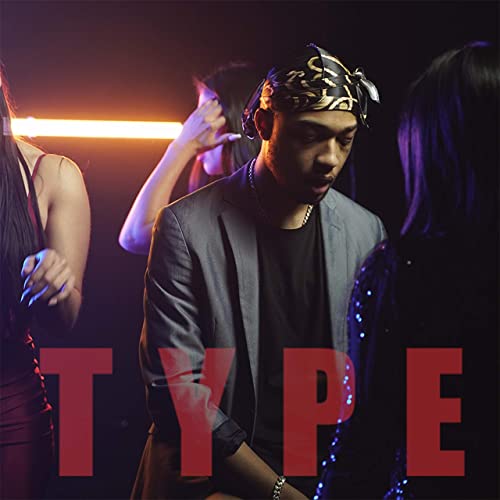 Lofi beats have been getting pretty big again this summer, and in the stylish new single “Type” from Leol, they take center stage beside some of the sexiest lines this rapper has cut to date. There’s a beauty to the minimalism of chillwave and lofi in its instrumental form that rarely translates when the beats are adorned with conventional lyricism, which is probably why Leol decided to up his linguistic game for this specific performance. He lets off shot after shot like he’s running on gas rather than oxygen, and although quite stealthy with the melodies here, his inclusion of rich harmonies adds a touch of surrealism I wouldn’t trade for anything.

This bass is big but doesn’t disturb the unique structure of the verses, which in itself is quite a feat when considering the fragility of the vocal in a couple of key spots here. Leol’s execution is smooth and the confidence in his voice bleeds into the narrative, making almost any sentiments he has in his heart audible to us in the words he’s rapping. His voice is setting the pace for this track rather than relying on the drums or a thick bassline to do the work for him.

These melodies are some of the smokiest I’ve heard in a trap or hip-hop performance this August, and they suggest an unreserved quality within Leol’s sound that I wouldn’t have noticed were it not for listening to “Type.” There’s a lot of soul here that isn’t coming to us in the typical fashion; it’s atmospheric and contained within the instrumentation as much as it ever would be the vocal, whether sourced from a rapper or a singer. It’s compelling and emotional, but more than anything else it’s evocative in a manner I haven’t found in a lot of mainstream hip-hop this season.

The verses in “Type” come together naturally through an ease Leol has behind the mic that a lot of his contemporaries could only hope to have. You can’t fake the natural warmth of his rapping, even when it’s removed from the harmony, and it stands in such strong contrast with the bulk of aggressive, texture-heavy trap I’ve been spinning this summer that it feels like a total breath of fresh air. There’s no need for bringing synthetics into the fold because truthfully they wouldn’t have a place in the mix given all of the luster the aforementioned components are already producing.

Moody and melodic rap aren’t as common as a lot of critics might have you thinking it is this right now, but when it comes to low fidelity beats and a transcendent voice to straddle them, Leol is the man to go see right now. Connoisseurs of the hip-hop genre will likely find his new single “Type” to be an instant classic for a couple of reasons, chief among them being its wickedly intriguing amalgamation of aesthetics, notably soul, trap, and minimalist pop. From chamber tones to clandestine poetic confessions, Leol has an identity that’s hard to resist in this release.