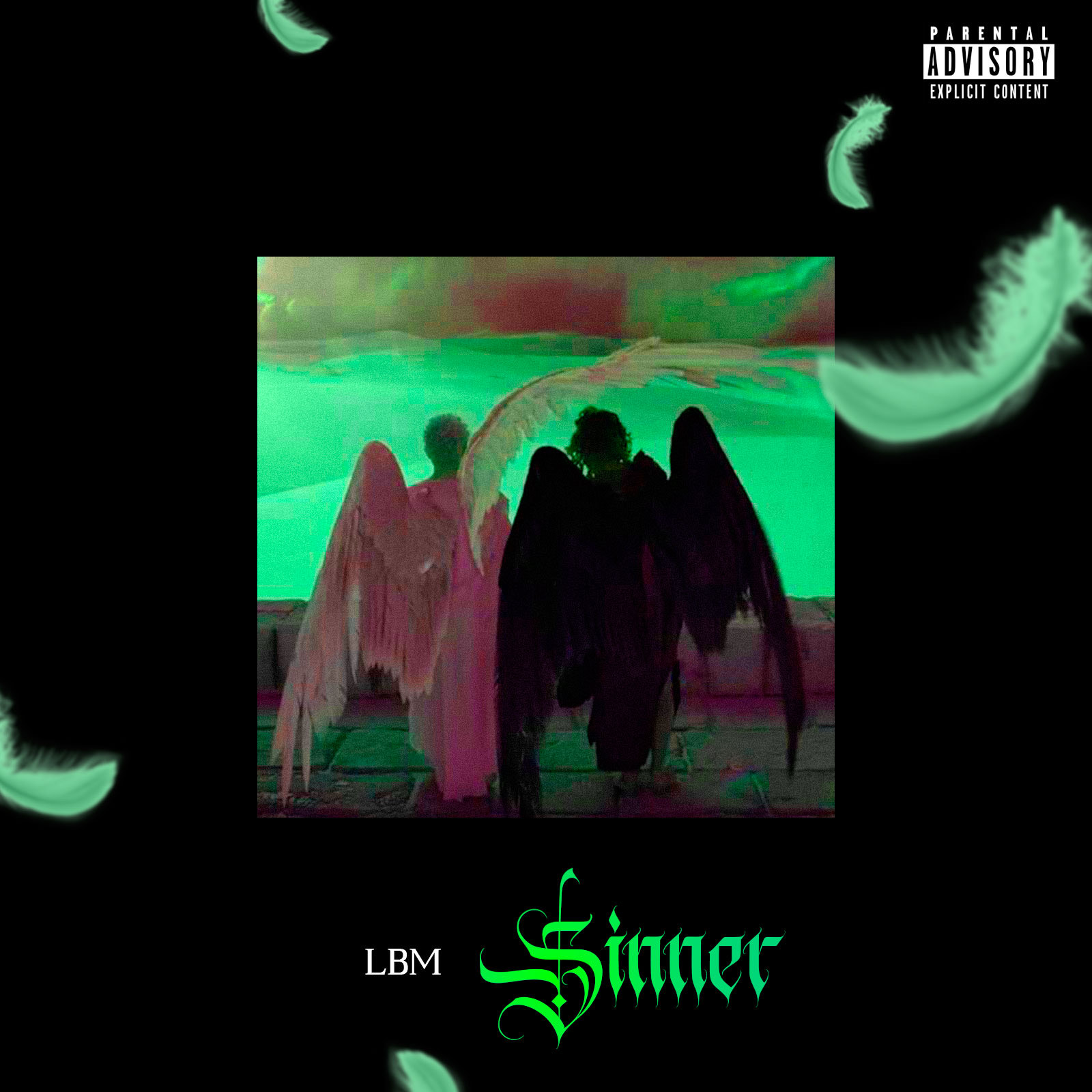 LBM has a lot he wants to get off of his chest in the new single “Sinner,” and while dumping everything on his mind onto the track wouldn’t be easy without a little instrumental nuance, the task at hand wasn’t intimidating to this up and coming rap star in the least. From what I can tell about LBM, having listened to his debut back in 2019 and then recently caught up with him again via Otherside and “Sinner,” he isn’t the kind of player who sees hip-hop as a complete genre, but one that needs to progress towards a more melodic aesthetical apex. His sound reflects his aspirations to reshape the model and, moreover, the pop culture it supports.

The verses here are very confessional, as the title of the track would suggest they’d be, but they don’t trip into the self-indulgence a lot of other songs written in this style would. There’s a weight on this man’s mind that he can’t stand to carry any further, and taking into account the jittery style of the music video, we’re absolutely supposed to feel the tension building behind his lyrics. The mood here is infectious, even if it is one of immense fret.

As a music video, “Sinner” shows off vulnerabilities I didn’t originally pick up on in the song on its own, and I was impressed to see them buried within the visual makeup as clandestinely as they were here. LBM hasn’t been in the spotlight for very long at all, and yet he’s already got a handle on artistic subtext that I wish some of his peers on both sides of the dial would acquire for themselves in 2021. His growth is undeniable, and it appears to be getting exponentially stronger with each single he drops.

Blending pop, metal, and searing melodic hip-hop isn’t as common nor as righteous a combination as anyone would believe it to be these days, but LBM is showing us that using such ingredients in a smart formula can produce wildly fun results in “Sinner.” He’s a likable player who has a harmony-centric sensibility that doesn’t sound forced the way others’ have, and while there’s a lot of competition around him in rap this season, I don’t think he’s going to have a hard time securing a dedicated audience for “Sinner” once this track gets onto the indie radio spectrum over the next few months.