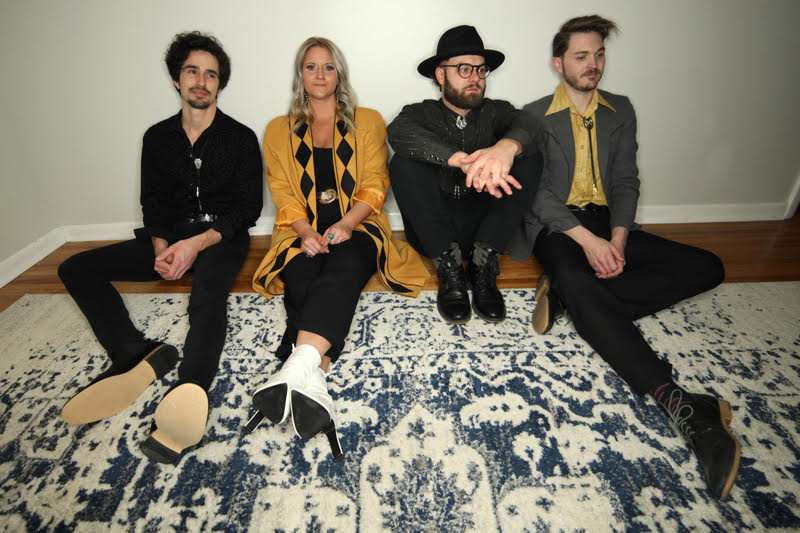 Rather than falling back on the formulas that a lot of their contemporaries have been over-exploiting for the better part of the last five years, country-rockers Lake & Lyndale are experimenting with the limits of their hybrid sound in the new single “Circus.” Where others might have replaced their rock n’ roll sizzle with a little more country twang, this group goes out of their way to make it known to us just how vital a physically imposing sound is to their brand – and a track like “Circus” is the right song to show off who they are in this capacity. As much a product of duality as it is the ultimate simplicity of their style, this single speaks to who this group is and what they’re bringing to the table that no one else can right now.

Although the guitars have a lot of meat on them in this track, the mix never favors the strings over the vocal in the grander scheme of things. Truth be told, I pick up on a competitive edge in this arrangement that does a lot to foster sparks in and around the hook we might not have noticed otherwise. While I think the chemistry here centers on the fluidity of these players in the studio together, part of it comes from their desire to one-up each other in the heat of the moment; if this weren’t the case, I don’t know that they would sound as fiery as they do in a piece like “Circus.”

I would like to hear a little more from the percussive force driving the beat in a live performance, but I have to assume that even the studio has certain limits when it comes to capturing the intensity of a band like Lake & Lyndale. Tone is a major component of the charm in this single, but it doesn’t feel like an overrepresentation of what these players would be able to do in person – the exact opposite, quite honestly. My gut tells me they could slay even harder with the right crowd in front of them, which is something some of their Nashville rivals have had a hard time accomplishing in this post-pandemic age for live country music.

From Minnesota to Tennessee, Lake & Lyndale have been getting a lot of buzz for their work lately, and it makes a lot of sense why when listening to “Circus.” They’ve got a ton of kick in their sound at a time that has been seeing more and more minimalism working its way up the charts in both rock and country, and if they can break through some of the barriers that usually keep hybrid bands from getting a core audience to follow them, they’re going to have an easy time moving from the underground into the mainstream as so many of their peers and forerunners have tried to. “Circus,” despite its title, is an exhibition of focus and freewheeling charisma that I want to hear a lot more of.