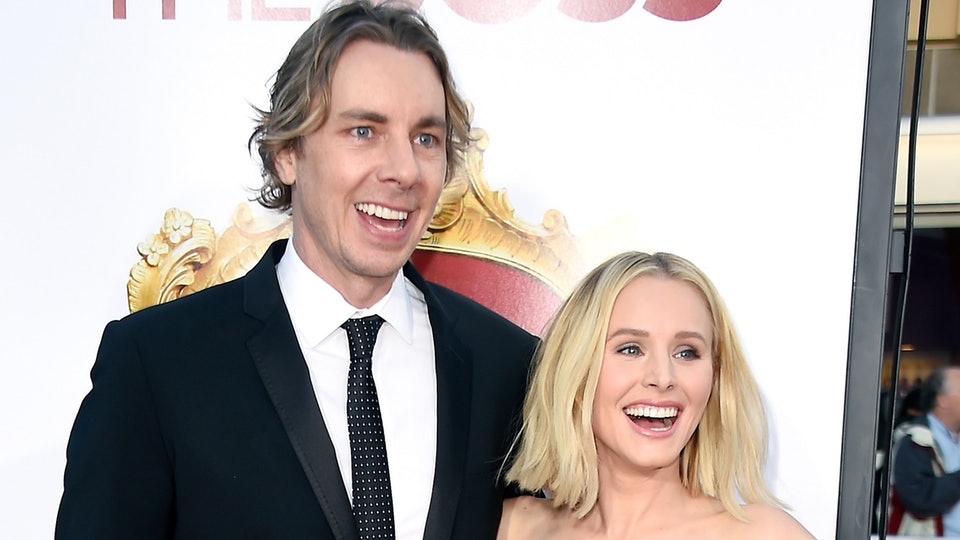 Kristen Bell & Dax Shepard make the most of messy marriage

Kristen Bell and Dax Shepard’s marriage is a mess – literally.

The Hollywood couple have opened up about what makes their relationship work in a new Parade interview and reveal their house is a bomb site of laundry and dog hair and they don’t know what a proper date night looks like, but they work hard as a couple.

“We’re behind on our laundry, our house is a mess, there’s dog hair that we’re constantly trying to Swiffer,” Bell tells the publication, revealing their two young daughters only add to the chaos: “They leave stuff everywhere. It’s like they booby-trap the house.”

Asked if they ever take time to get out of the house and enjoy a date night, Dax adds, “We’ve probably had nine in the last six years”, adding when they do get to hang out together, it’s usually at home in front of the TV: “We’re boring.”

Something is obviously working for the stars as they’ve been together for 11 years since meeting at a friend’s dinner party and then bumping into each other again and sharing gum at an ice hockey game in Los Angeles.

And the Frozen star insists their lasting romance is proof that hard work will save a marriage: “This isn’t a special fairy tale,” she explains. “This is two people who worked really hard, and it’s attainable for you if you work really hard in your marriage too.”