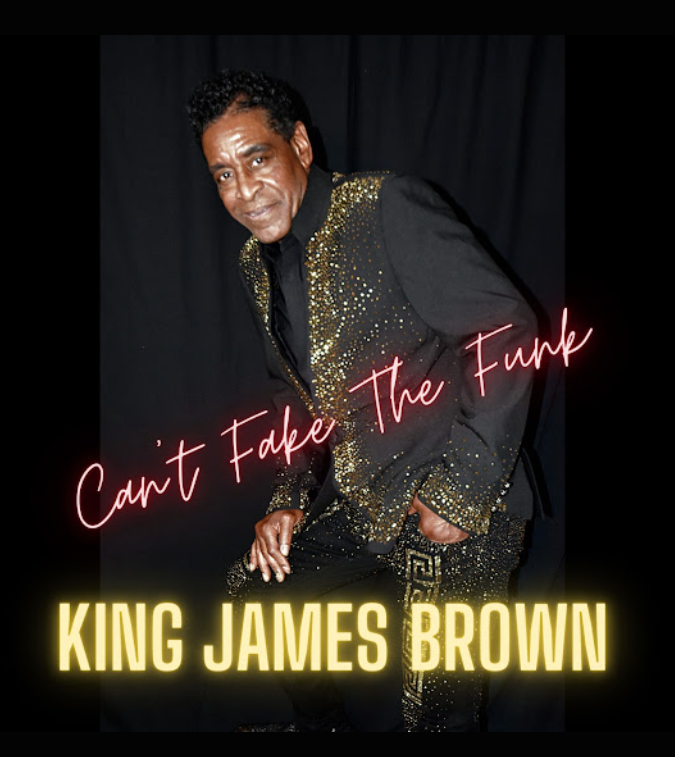 Starting 2023 on the right foot, King James Brown is back with a new single to bring the house down early into the year! With a historic career filled to the brim with enough stories to fill an entire book, King James Brown has always been a faithful basis of entertainment and great music — “Can’t Fake the Funk” proves that the man is far from through with his impressive career, as it beckons in a genre only an extremely confident artist can pull off, a piece of music history all but forgotten in the modern music industry.

“Can’t Fake the Funk” is an incredible new single for King James Brown, as it delivers on every front in regards to what Brown is known for; there’s a catchy, try-not-to-dance-to-this hook at its core, bravado, and confidence exploding from the vocals and lyrics, and enough homage and tribute to the funk godfathers to put this single deep onto the map. The track tackles the idea that funk music isn’t something you can just slap together, decreeing that there’s only one way to deliver on such a genre — you have to be the funk genre. Performed with a dazzling array of horns, sax, ooey-gooey bass guitar, and keys (as well as drums and guitar), “Can’t Fake the Funk” settles into itself from its very first moments. It’s a fantastic homage to funk and the funk icons of yesteryear, but most importantly the single reminds listeners what the radio used to be filled to the brim with.

Co-produced by King James Brown with Gary Garrett, “Can’t Fake the Funk” arrives as a new sequel to King James Brown’s 2021 single “Don’t Fight the Funk.” Debuting it at Kiss the Monkey’s Santa Baby Holiday Charity Gala alongside some original James Brown classics, the response was overwhelmingly positive, showing King James Brown that he was headed in the right direction with the track; along with an upcoming show in Vegas, King James Brown is planning to celebrate Black History Month with “Sidewalk Buck Dance,” a tribute to James Brown buck dancing as a child for American soldiers — another piece of the future release plan puzzle, the upcoming single “Dancin’ in the Basement” is also planned for imminent release, just in time for Valentine’s Day.

Overall, “Can’t Fake the Funk” is a knockout release and a wonderful surprise to begin the year with. The single is perfect for dancing, getting down, and cutting loose, and after the last couple of years, we could all use a break. King James Brown is a historic musician and a Las Vegas staple, and his continued success and never-ending innovative creativity are a much-needed and very welcome breath of fresh air to have in the mix. It’s clear you can’t fake the funk, and very few people are born with the ear and eye for what it takes to truly craft a funk-driven track — King James Brown is one of the only modern musicians actually channeling the iconic genre, and he’s doing the funk ancestors proud.

The music of King James Brown has been heard all over the world in partnership with the radio plugging services offered by Musik and Film Radio Promotions Division.  Learn more https://musikandfilm.com