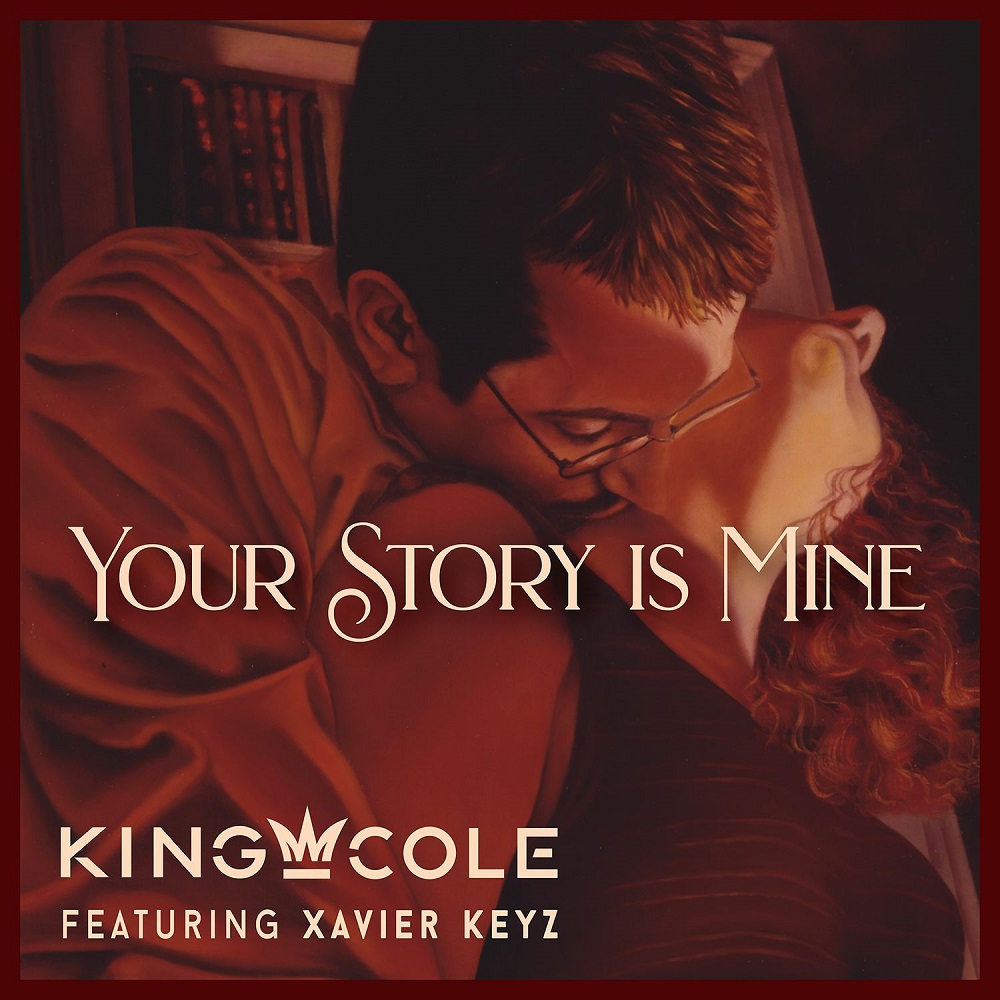 King Cole Releases “Your Story Is Mine

The newest single by Neo-Soul artist, King Cole, entitled, “Your Story Is Mine,” is even more impactful, when you learn about his history. Cole’s moniker is likely to sound a little familiar and with good reason. He lifted the name from none other than the legendary, Nat King Cole, himself. What’s even more fascinating, is that Cole had a chance to meet Nat, personally, during his time in New York City, among other iconic figures. King Cole was born, Andrew Cole in Washington D.C., and from that moment, he began a journey that most wouldn’t have survived, either physically or psychologically.

“Your Story Is Mine,” aside from being one of the best song titles in recent history, has a resonance of redemption to it. The Marvin Gaye influence is transparent, but it’s Cole’s words and delivery that you truly feel. The track features guest Vocalist, Xavier Keyz, and there’s enough soul on this one to make Brandon Flowers, blush. The track unfolds as though Cole were relaying his life story to his grandchildren, complete with flashbacks and cutaways. It’s emotionally nourishing, and at times, inexplicably gripping.

“Your story is mine/can’t write it on time/if our minds are clouded.” The vocal tracking on “Your Story Is Mine” is supreme. Cole had the good fortune of working with Producer, Barry Coffing for the single, as well as Charles Calello handling the string and horn arrangements. Calello has worked with names like Barbara Streisand and Neil Diamond, including handling the string arrangements on the Diamond track, “Sweet Caroline.” “Your Story Is Mine” is as sonically proficient, as it is, artistically.

King Cole’s backstory is in some ways, virtually inconceivable. There’s not enough time here, to do a deep dive on Cole’s past. It’s permissible to decree that Cole has emerged a survivor, throughout extreme bouts of despair, some inflicted upon him, others, his own inner conflicts. He has spoken about his fear of the lack of entelechy in his career. Perhaps it’s due to Cole’s experience and wisdom, but he has shown a rare ability to be unflinchingly honest with himself, and not to mention, with others.

“Your Story Is Mine” is precisely the type of work, that is criminally underrepresented, in the modern musical landscape. It’s the type of song that could have easily been written in 1974, but is even more crucial, in the present day. King Cole, essentially guarantees a spiritual clinic in empathy, and his work, in general, is deeply layered. “Your Story Is Mine” is King Cole at his artistic zenith. His work has taken on the perdurable quality that he has devoted the majority of his life, attempting to capture. While this doesn’t necessarily feel like Cole’s swan song, it does feel like an unofficial lifetime achievement award and a well-deserved one at that.