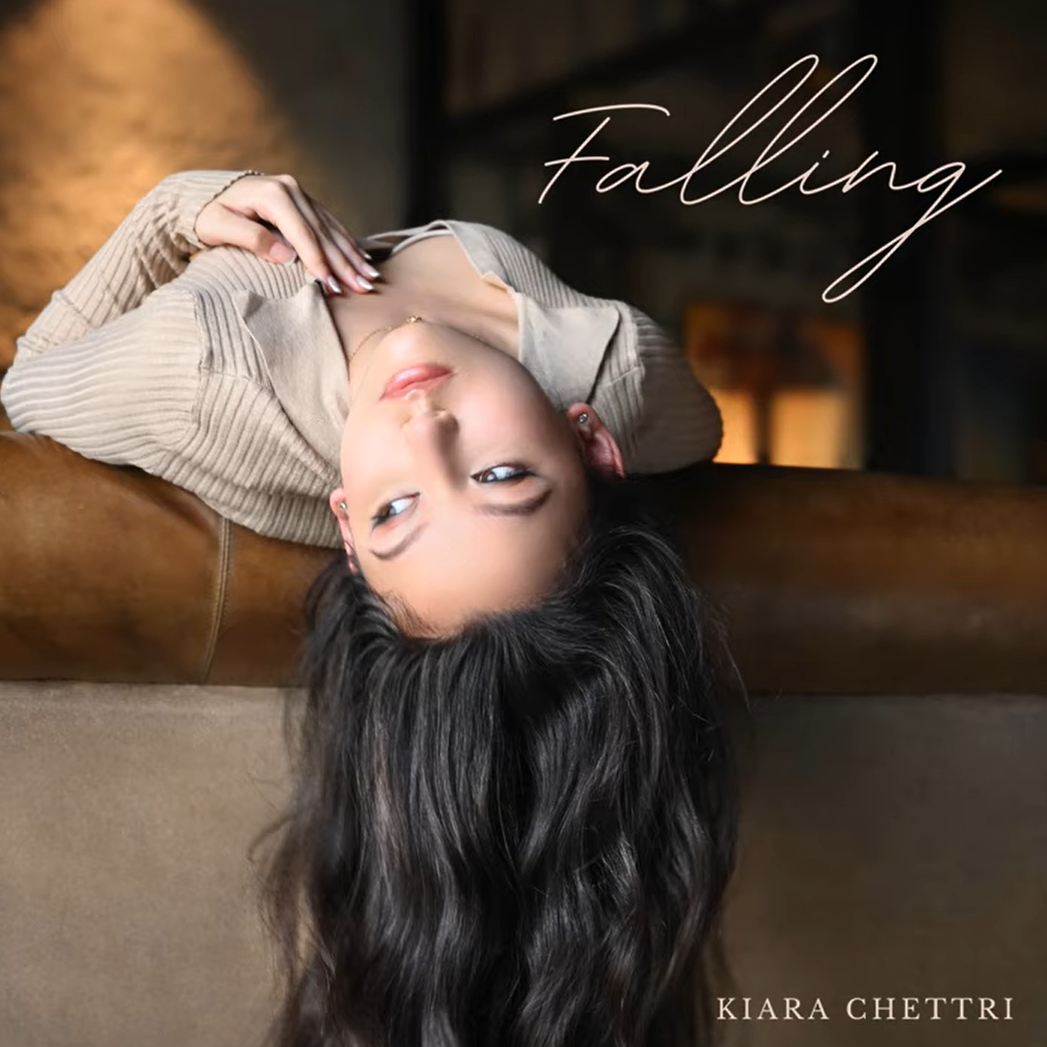 The newest single by Indian born Pop Singer, Kiara Chettri, might not be exactly what you expect. “Falling” is a ballad, that manages to put Chettri’s impressive range on full display, while also showing her artistic adventurousness. At all of 17 years old, Kiara Chettri has a now two year old discography, as she began recording music at the age of 15. You wouldn’t know that she is relatively new to the game, so to speak, as she has incredible poise, range, and confidence as a Singer. “Falling” is an integral step in Kiara’s journey as an artist, as it adds another layer to her identity.

It’s the arrangement of “Falling,” that is perhaps its most outstanding aspect. What starts off as a gently spaced and open chord standard, eventually gives way to a mighty chorus. It’s not entirely known, just how much of a hand that Chettri has in the compositional process of her songs, but she has a signature touch, regardless. Her vocal performance, of course, is something to behold. She seamlessly glides into the height of her range, with effortlessness. Chettri has one of those voices that makes you immediately take notice.

When you see Kiara Chettri, the first thing you notice is her youth and innocence. When you hear, “Falling,” that entire impression is virtually inverted. Chettri has a powerhouse delivery, and her lyrical offering sounds knowing and assured. You could make some Ariana Grande comparisons, but Chettri is still very much in her infancy. Kiara cites acts such as Coldplay and Taylor Swift, among her influences. It seems to be only a matter of time before she starts gaining traction in America, as she has already reached a certain level of mainstream success her homeland.

The production on “Falling” is virtually flawless. It’s crucial to make a strong first impression in Kiara’s genre, as the competition is particularly stiff. She has surrounded herself with a strong team, who play to her strengths, sedulously. “Falling,” could be placed into regular rotation on mainstream radio, tomorrow, and it would be nothing short of symmetrical. Kiara Chettri has made it quite clear that she longs for international success, and the stone cold truth is that is she is decidedly ready for just that.

While, “Falling” is nothing short of a quality track, it honestly feels like more of a puzzle piece, of the eventual juggernaut, that is Kiara Chettri. It’s risky to brand any act with the uncertain prediction of entelechy, but this seems too big to fail. Of course, there are a number of unforeseeable factors, but Chettri performs like someone who is convinced of their destiny. On “Falling,” she showcases an emotional depth, and a controlled tenderness, that is striking and captivating, all at once. This is always a fascinating snapshot of a particular artist’s moment in time. Being on the edge of seventeen is seemingly tantamount to being on the edge of greatness, for one, Kiara Chettri.

The music of Kiara Chettri has been heard all over the world in partnership with the radio plugging services offered by Musik and Film Radio Promotions Division.  Learn more https://musikandfilm.com