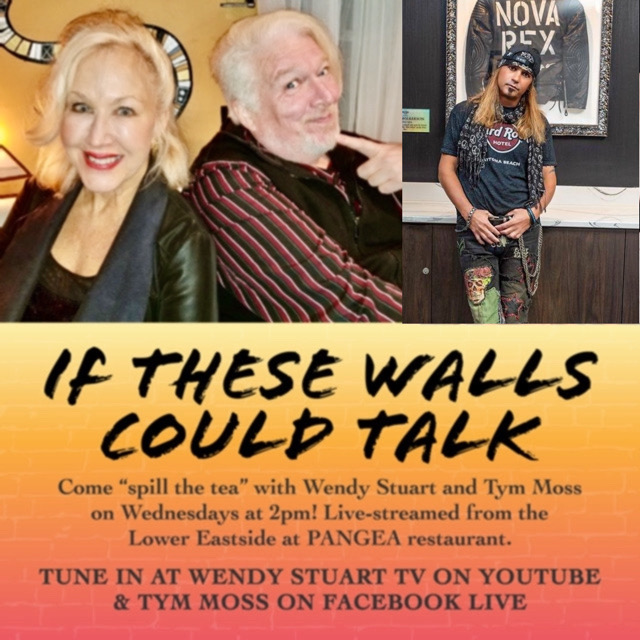 Kenny Wilkerson will be a featured guest on “If These Walls Could Talk” with hosts Wendy Stuart and Tym Moss on Wednesday, April 28th, 2021 at 2 PM ET live from the infamous Pangea Restaurant.

Kenny Wilkerson is a world-renowned radio host/dj, author and rock star with the band Nova Rex. The Nova Rex bassist has released an amazing new book “Rockin’ Recipes For Autism”, featuring 57 world famous rockers contributing recipes to raise awareness for autism. Nova Rex has been releasing kick ass rock-n-roll for 35 years, and have been featured in the hilarious hair metal documentary, “Nova Rex: Ain’t Easy Being Cheesy,” and have also been featured in the film “Hair I Go Again” with members of Warrant, Tesla, Quiet Riot, etc…Nova Rex is also ranked in the Top 50 of the Greatest Hair Bands of the 80’s by VH-1.

Watch Kenny Wilkerson on “If These Walls Could Talk” with hosts Wendy Stuart and Tym Moss on YouTube here: