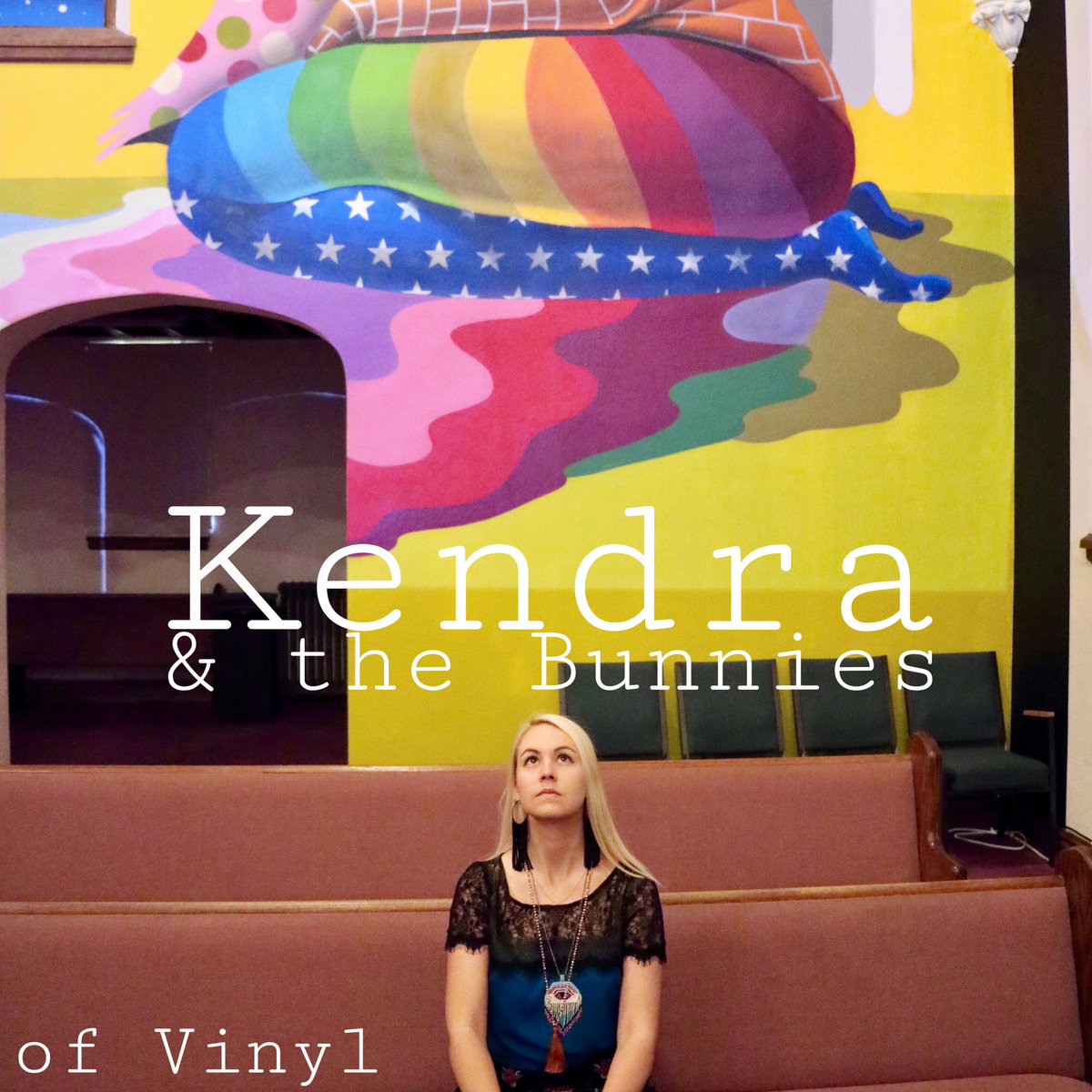 Kendra & The Bunnies – Of Vinyl

No bells, no whistles. Just pure art. Los Angeles’ Kendra Muecke, recording under the name Kendra & The Bunnies, has released a Greenwich Village-esque trip album called Of Vinyl. A throwback to the counter culture years, where folk rock and psychedelic worlds collided, Muecke’s latest release follows several single and EP releases dating back to just last year. Her growing discography is a reflection of a singer/songwriter aiming to bridge society closer.

The first four tracks on the album have distinct guitar styles. In “Gust & Dissolve”, Muecke’s vocals go right for it – passionately. She’s mixed at a higher volume than the acoustic guitar, and she plucks at the strings, her voice never wavers. She rubs off a bit of that voice patina in “Figure 8” and “The Traveler’s Slant”. I enjoyed “Figure 8” and found her voice quite dainty, charming. The backing guitar seemed disconnected to her tone, but in all honesty, this dynamic also made it more dramatic. I think there’s an ebb and flow to her method, a reason for that juxtaposition. “She ain’t just someone,” she sings in “Figure 8”. I imagined her revealing how many times someone has underestimated her. Or in general, if a female is dressed a certain way (maybe even a homeless person- based on the chaotic music bed), that we judge them for their looks. It’s a song like this that makes me think Muecke is an advocate for all humanity.

Following along, “Size You Up”, “A Series Of Self” and “Tears of Joy” consistently exhibit Muecke’s Joni Mitchell and Bob Dylan level songwriting. Yes, I said that. She’s mesmerizing with her words. As a wordsmith she spins simple phrases and lines in a way that doesn’t sound cliché. By the time “Estimated Time of Arrival” rolls around, her pacing and her prose delivery really picks up steam. She uses in a vocal loop in this track, and in track 11, “World Peace A Thing” she even throws down the F-word twice. I was struck by the audacity of it – only because in the context she’s talking about abuse, and the next generation of children. Don’t worry, the song ends on a bright note.

She adds extra verve in track 12, “Sucré Mon Cherí” and in track 13, the very-short,  “The Ticket ‘n’ Fadeaway” the instrumental is a very warm, California-esque guitar arrangement. It gets a bit muddled, and almost in disarray, and then ends quickly. I imagine this is the perfect set-up or even walk up music to the last track, a spoken-word gem, “My Own, I’m Not There”. She ends the album with the same fire, same torch in her voice, that started the album. She lights the pathway for modern expressionism. Worthy of applause and accolades, the comparisons to 60s (radical at the time) icons will continue. I also think that fans of modern rockers like Bright Eyes, Dawes, PJ Harvey and Ani DiFranco will take a liking to Muecke’s lyrics. I have a feeling this won’t be the last we hear of Kendra & the Bunnies.