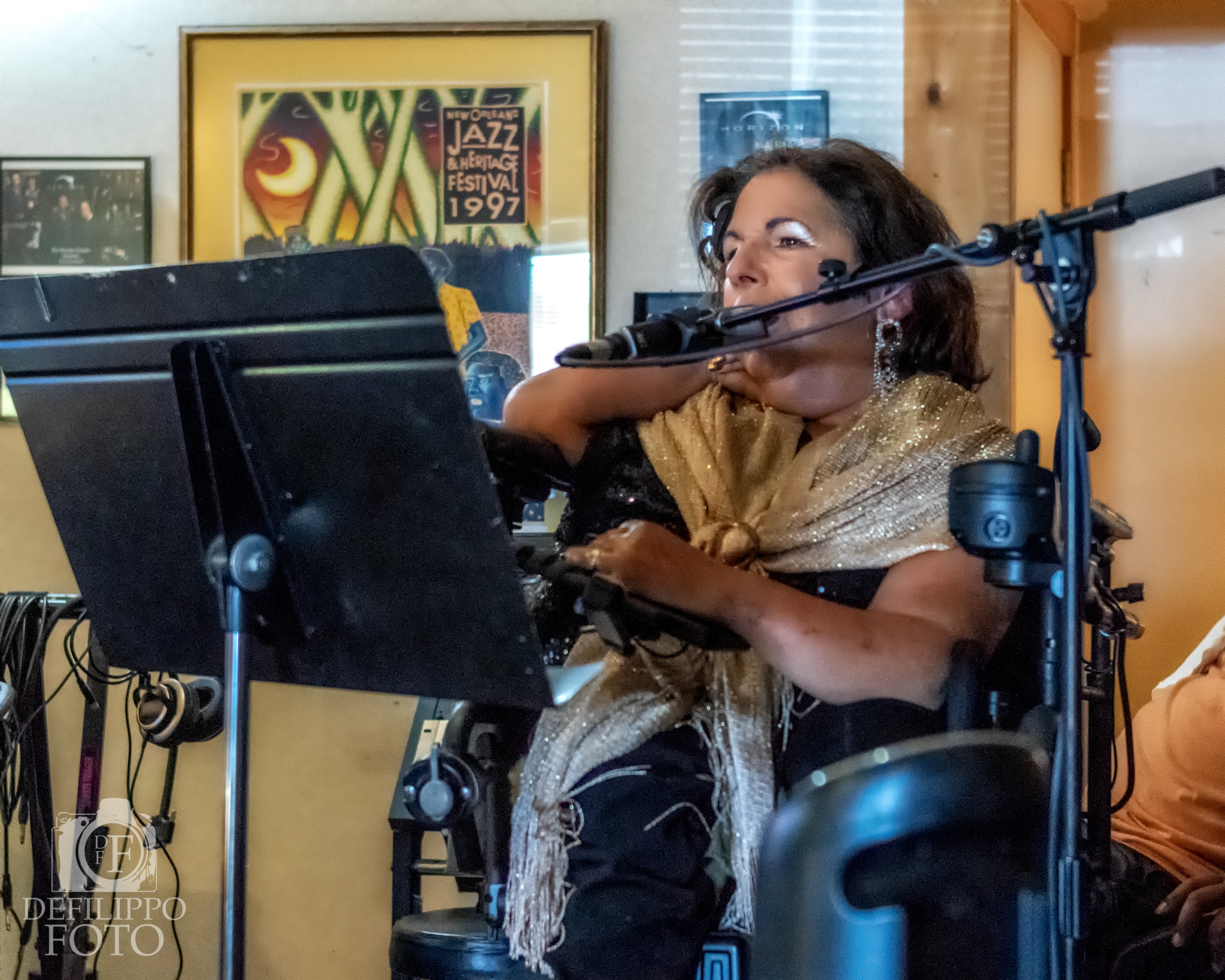 Just Breathe is the powerful and evocative new album from sing-songwriter Pidgie. Set to prominent and vivacious electric guitars, Just Breathe is the rock album you’ve been waiting for. Full of vibrant anthems that encourage empowerment and creative perseverance Just Breathe highlights Pidgie’s life’s mission. Pidgie is a disability rights activist who has helped form the Coalition for Disabled Musicians (CDM) and help redefine the representation of people with disabilities. Pidgie herself was born with spinal muscular atrophy (SMA), she learned how to advocate for herself from her older sister who also had SMA. She was raised in the sixties, been on both sides of the Americans with Disabilities Act, ran an organization for students with disabilities at Hofstra University, and conquered both the corporate and performing arts world. The theme of overcoming obstacles that are thrown at her is a significant theme in Pidgie’s life and Just Breathe.

There are no limits to where Pidgie’s artistry will take her which is what makes Just Breathe so remarkable. Whether she’s delivering straight-up rock anthems or soulful covers of Nina Simone, Pidgie knows how to hook you. Whatever genre Pidgie chooses to explore, her songs are crisply produced and expertly performed. Its in Pidgie’s lyrics that her charismatic personality and wise yet feisty outlook on life shines through. Throughout the 12 track album Pidgie explores the themes of love lost, longing, trust, and empowerment. The self-proclaimed renaissance woman delivers nothing but sass on “All Revved Up” and “Drive Me Crazy.” Pidgie isn’t afraid to call out her cheating ex on one of the most empowering songs on Just Breathe, “Kick Ass Boots.” I found it impossible to leave any song without a newfound sense of hope, an innate superpower of Just Breathe.

Title track “Just Breathe” caught my attention because of its ethereal nature. It strays away from the raucous guitars on the rest of the album and opts for a more meditative melody. It still features the slow strum of the guitar, making it a masterful trek into soft-rock. “Just Breathe” captures the difficulty of having a stifled voice even though you have so much to offer the world and those listening. Pidgie sings the chorus with so much feeling it seems to reach into you and not let go until the song is over. The most powerful lyric is, “He finds a quiet place and says to himself, just breathe/Hold onto yourself, just breathe.” There is an honesty to this track that makes it impossible to forget. The fact that the whole song has a very different texture to it than the rest of the album makes it stand out. It feels like a reminder, a guidebook, and a harsh reality all at once.

One of my favorite tracks is “A Perfect Lie,” there’s something very grungey about the opening chords. The overall aura of the track reminds me of Nirvana as guitar distortion creates a moody atmosphere. I’m a huge fan of distortion, it always adds so much personality to a song and it makes “A Perfect Lie” extremely dynamic. The lyrics are where the song sank its teeth into me, its impossible to not be captivated when Pidgie sings, “I’ll be the one you follow, if you fall behind/I’ll be the pill you swallow/When you need to unwind.” Where this track really channels the 90’s is when Pidgie sings “We will be so happy/Living in a perfect lie.” Followed by the croon of distortion this track maintains a laid-back attitude while dipping into that unmistakable feeling of grunge. This track shows off Pidgie’s lyricism and her bands incredible range in one tantalizing swoop.

Just Breathe is an incredible creative and high energy album that will make you want to seize the moment. Pidgie is on the pulse of empowerment, she knows exactly how to embody it and express it in her music in a completely contagious manor. The more that you listen to Just Breathe the more it inspires you to go out and live the life you’ve always dreamed of. Pidgie successfully transmutes her hardships into wise and joyous music that will put a smile on your face and a groove in your bones. She continues to push and redefine boundaries in life and in music and we are all the better for it. Make sure to listen to Just Breathe, out now!