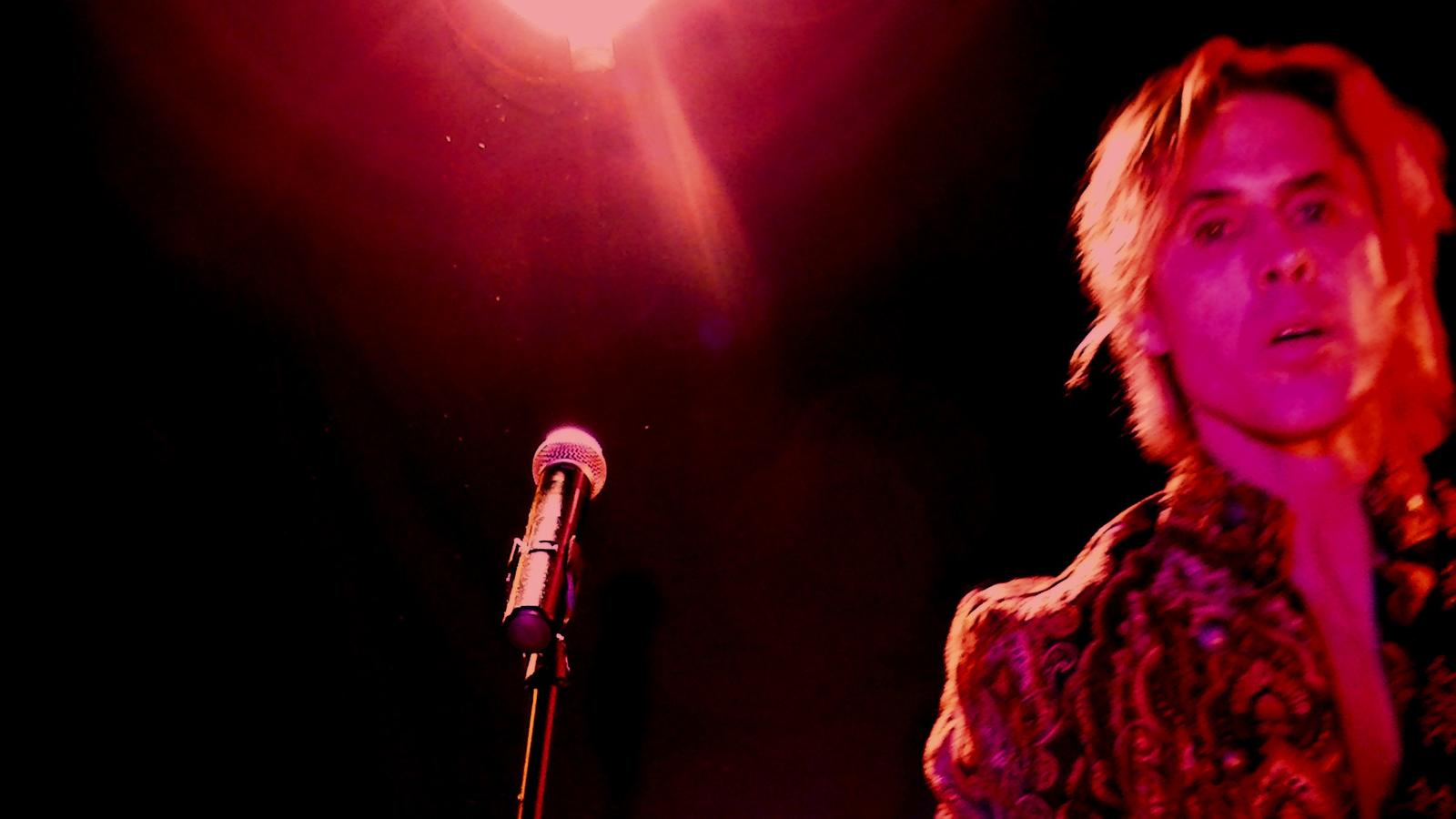 Jupiter in Velvet sparkles with focus and fireworks via new LP

Jupiter in Velvet’s music has gained a larger following with each passing year since his 2012 debut under the moniker. Some may say this talented vocalist/songwriter/musician does not ever really break new musical ground, but they are kind of missing the point. Beyond the fact that there’s nothing new under the sun, really, they fail to heed the stylistic polish of Jupiter in Velvet’s output and its understated conceptual trappings. His latest release Anthems2Love emphasizes both of those areas – the immense stylishness of his songwriting and its conceptual inclinations.

The opener “A Cooler Shade of Mad” touches on both of these elements. It has the upward trajectory of an anthem, but never takes on a heavy-handed approach to that style. If he chose to tack a typical rock drum track onto this track it would have eliminated some of what makes it special – its singular resistance to anything by the numbers. The anthemic touches of this track are present in its guitar work, Jupiter’s vocal, and the song’s chorus.

“Stand Up” is another example of how Jupiter in Velvet has refined his songwriting craft over the last seven years. He mixes shades of the singer/songwriter school with its nuanced instrumental approach alongside popular song staples like the big chorus sure to garner any listeners’ attention. It’s interesting to hear how Velvet never goes in for the obvious exhortative potential of this song, yet it still strikes a rousing note for listeners. “The Greatest Gift” and later “We Are All ONE” are the softest numbers included on this release; the former of the two is, arguably, the stronger as the musical arrangement has more variation and elicits an emphatic vocal from the singer. Velvet is able to invoke a variety of faces with his guitar playing in this track; he enhances the melody in an assortment of ways without ever calling too much attention to himself. Despite the colorful songwriting style he employs, there’s a surprising lack of self indulgence running through Jupiter in Velvet’s songwriting.

“Forever & a Day” has a lot of variation as well. There’s some melodic guitar playing woven around a central guitar riff, but Jupiter does hang his hat on that alone. The real heart of the performance is Jupiter in Velvet’s gritty and even raucous vocal. The track “We Are All ONE” has a free-ranging creativity definitely indebted to the past, but never so much so that the cut doesn’t sound like his own. He does a fantastic job of marrying his own individual songwriting vision to time-honored styles and the light psychedelic flavor of this tune shows off another side of the release that ends Anthems2Love on an imaginative note.

Jupiter in Velvet sparkles with focus and fireworks while still maintaining a substantive approach that never glosses over the songs but treats them with the detail and dignity they deserve. It’s a release certain to please Velvet’s longtime fans and impress any newcomers to his music and overall songwriting chops. Anthems2Love is a winner from first to last.