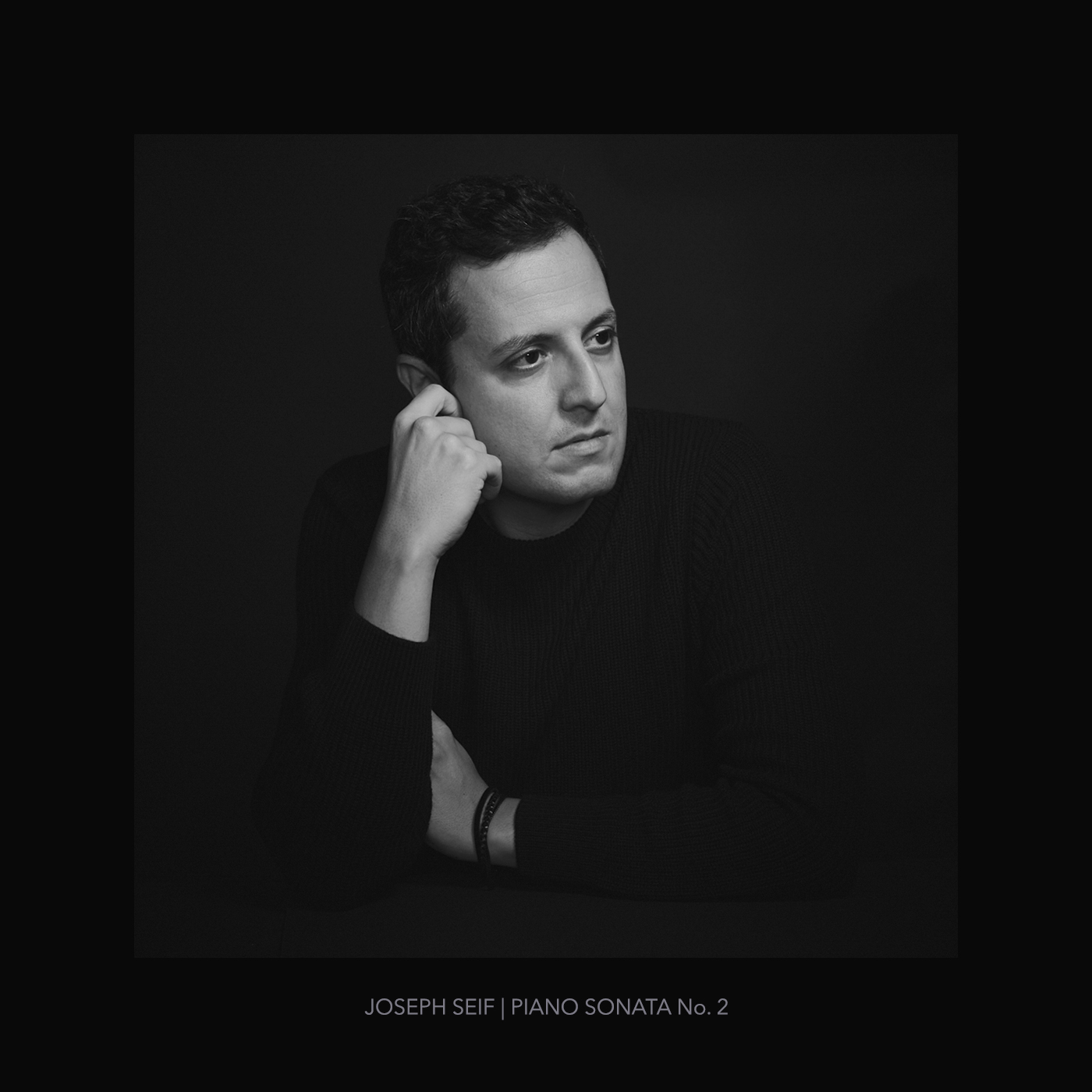 Joseph Seif doesn’t waste a stitch of time in captivating us with a boldly colorful piano melody right out of the gate in “Piano Sonata No. 2: I. Allegro Moderato in C Minor,” the first sonata in a collection of eight tracks from his two EPs Piano Sonata No. 1 & 2, both of which are available in a single Spotify playlist titled Joseph Seif: Works for Solo Piano, Vol. 1. As stirring as this opening salvo of menacing melodicism is, it’s but a minor precursor to the illustriousness of the supple “Piano Sonata No. 2: II. Adagio in D-Flat Major,” which sees Seif exploring a tender soundscape with an aggressive, rhythmic command of the keys that is only flirted with in the first track here. “Piano Sonata No. 2: III. Allegra Assai in C Minor” concludes the trio of compositions available to us in the simple Piano Sonata No. 2 record in sharply theatrical fashion, incorporating a melancholic undertow to the melody that seems to drag us asunder within the first seventy-five seconds of the track’s duration. It’s at once both frustrated in tone and unapologetically cathartic in its finish, which is quite the rare combination to come by among contemporary classical works in the mainstream.

“Piano Sonata No. 1: I. Allegro in C-Sharp Minor” starts off the five-part Piano Sonata No. 1 in a haze of discordant keys that rain down on us from above like miniscule meteors gradually forming a cataclysmic crater at ground zero. When juxtaposed with the stately, though quite reserved, “Piano Sonata No. 1: II. Andante in D Minor,” the first movement in this series of compositions is nowhere near as exploitive of Seif’s skill as this second piece is, but to be fair, there probably isn’t another song here that could compete with this blissfully elegiac sway of this powerhouse sonata. “Piano Sonata No. 1: III. Presto in A Minor” slashes through the silent void left behind by its predecessor in this tracklist like a fierce beast begging to be uncaged, and although it is perhaps one of the more abrasively-stylized numbers in this playlist (and its parent record, for that matter), it draws together an unspoken narrative started in the C-sharp allegro only ten short minutes earlier in a way that few other compositions ever could have.

Joseph Seif: Works for Solo Piano, Vol. 1 finishes us off with a pair of decadent tracks in “Adagio in A Minor” and “The Fountain at Huntington Park” that flirt with an elegance somewhat endeared to a more pop-inspired sensibility, but like the six amazing performances that come before them here, they are made tangible to us more through the passionate play of Seif than they are the integrity of their aesthetical construction. To put it quite simply, Joseph Seif turns in a radically engaging pair of records in his two latest releases that demand a reaction out of anyone who hears them, and if you’re a connoisseur of sublime classical music, I would recommend checking out both of them via this all-new playlist as soon as possible. His erudite approach to songcraft is quite inspiring, as is his taste for surreal melodies.