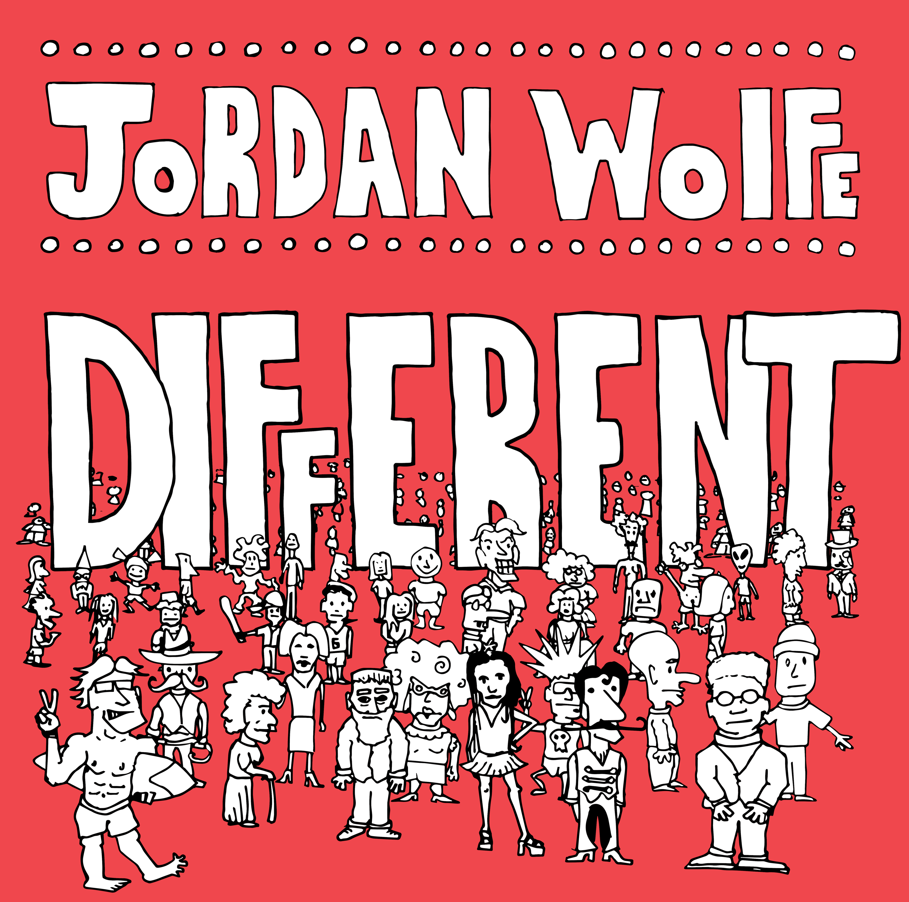 There isn’t as much going on in rock music anymore on the mainstream level, but if you look to the underground, you’ll find that the genre is thriving like nobody’s business. Artists like Jordan Wolfe could care less about the so-called surreal pop movement, melodic trap crossovers, or the retro revivalists who have been intent on making the same product over and over for the past twenty years-plus, and in his new single “Different,” he establishes his sound as one that revolves around intensity as much as it does the melodicism of a straightforward pop songwriter. That combination has been hard to find by all accounts in recent times, but it’s readily available to anyone who gives “Different” a spin in the near future.

Everything, and I really do mean everything from the bass to the vocal to the percussion, revolves around the riffing in this track, but the guitar parts don’t sound like the product of singularity at all. Instead. I think there’s a lot to be marveled at within the structured chaos in “Different,” especially concerning how the guitar element is always preserved very neatly in this song beside a warring bassline and a singer who doesn’t need a lot of help to sound like a superstar. There was a lot of thought that went into making this piece the truly powerful release it can be with the right kind of exposure on college radio, and any rocker who hears it for themselves this January is almost certain to share my sentiments.

Production quality isn’t as important as attitude when it comes to making a legit rock track, but “Different” nonetheless sounds like it was given the Rolls Royce treatment behind the board. There’s nothing that sounds muddied or blended together in the name of covering up an imperfection or sonic flaw; this is raw, real, and unfiltered as much as it can be from within the four constrictive walls of a recording studio, and without having to hear it live on stage somewhere, I think it gives us a good idea of who Jordan Wolfe is. He’s all about the celebration of blue-collar musicianship in this performance, and his aesthetics could end up giving us the kind of stimulating new rock strain music needs to hear right now.

“Different” lives up to its title in every way, and personally I think it’s going to be a breakthrough moment for Jordan Wolfe. He’s ignoring the indulgences that some of his rivals would just as soon spend the better part of their careers trying to build something from, and though he isn’t as virtuosic as some of the other hard rock soloists I listen to on a regular basis, he doesn’t need to be – it isn’t even his style. Forget the bombast, the pomp, the artsy attitudes, and even the desire for shimmering cosmetics altogether here; Wolfe’s sound is as basic and foundational as they come, and there’s something special about the way he’s putting it into practice in this single.