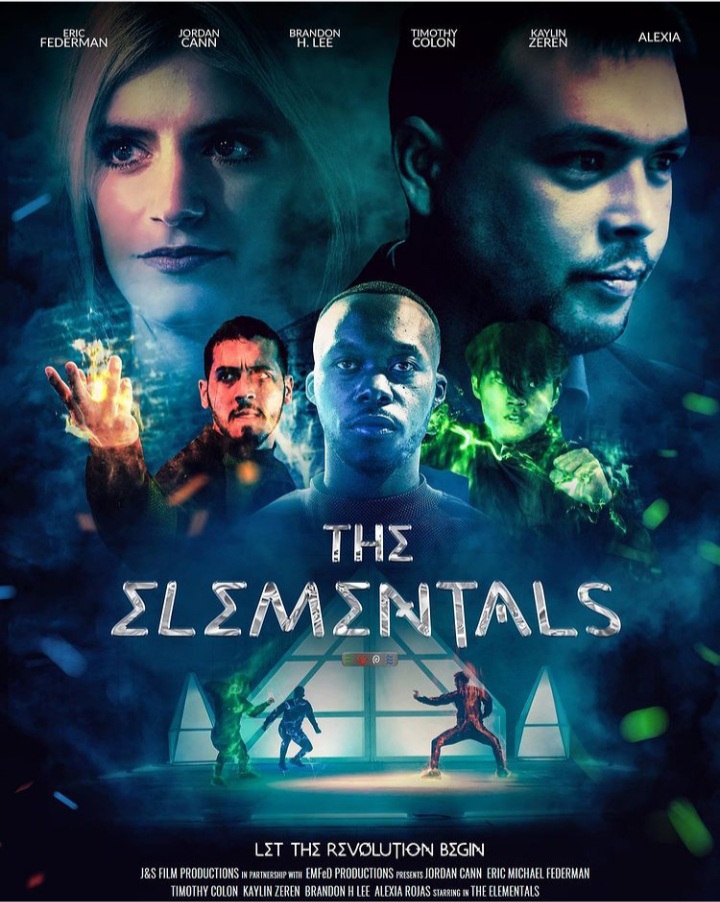 The whole world is watching to see who will be the next Elemental Champion. This science-fiction series is about a superhuman race of people called ‘The Elementals ‘ that are ordered to fight in an annual tournament organized by government leaders until they revolt and cause an uprising against the human race. The pilot episode for“The Elementals” is available at www.projectelementals.com

An essence of“Mortal Kombat” meets “The Hunger Games.” Director, writer and actor, Jordan Cann along with producer, director and actor, Eric Michael Federman have a unique friendship, to say the least, and people refer to these two dynamic producers and directors as the new Matt Damon and Ben Affleck duo.

Filmed at JLFX Studios and Electric Pony Studios, the series has captured the attention of famous figures like Walter E Jones from the original Power Rangers series, who said he loved the film’s martial arts and the story so much that he was interested in joining the cast in future episodes. Cobra Kai’s Ken Davitian was thrilled by the trailer that he took time out of his busy filming schedule to attend the red carpet premiere of The Elementals.

“I was really excited to have such a film produced that incorporated all of my favorite aspects of cinematic storytelling. Sci-Fi, drama, and my all-time favorite, martial arts. Not easy throwing all three of those into the mix”, said Jordan Cann.

“If we were going to produce this film, let’s run it right and make it something that fans can relate to and something that they will remember, especially in how we accomplished this”, said Eric Michael Federman.

The journey to creating this edge-of-your-seat Sci-Fi series began when they were performing stunts on a film and Eric recognized Jordan’s face on a poster from Jordan’s previous film,“Street Dreams – Los Angeles.” Eric approached Jordan and he spoke about getting into film production. Jordan so happened to have a few scripts for Eric to look at in hopes that they can collaborate on something cool. Eric wanted to do a feature, but Jordan suggested a short film given it was Eric’s first film. Jordan’s only prewritten short is a 17-page script for the pilot of the“The Elementals”. A Sci-Fi kicking off their climb as they jumped off the deep end of a pool that was filled with obstacles.

Rise of The Elementals
Some humans began to evolve having super human-like powers relating to four of the earth’s elements. The humans called these people The Elementals. As they started to increase in population and power, it created a threat to the human race. The humans of all nations joined forces and went to war with the elementals. With the advantage of technology, humans won. After the war, the humans decided to sign a world treaty stating that all newborn elementals must be neuro chipped and their power levels must be monitored to not exceed over 1,000.

The Fight to Death
The humans also organized a global sporting league where all elementals at the age of 18 and over may be randomly selected to battle each other to death with each Elemental representing their homeland and element. The winner is awarded respect, endorsements, and notoriety which helps them excel in a world that is against them.