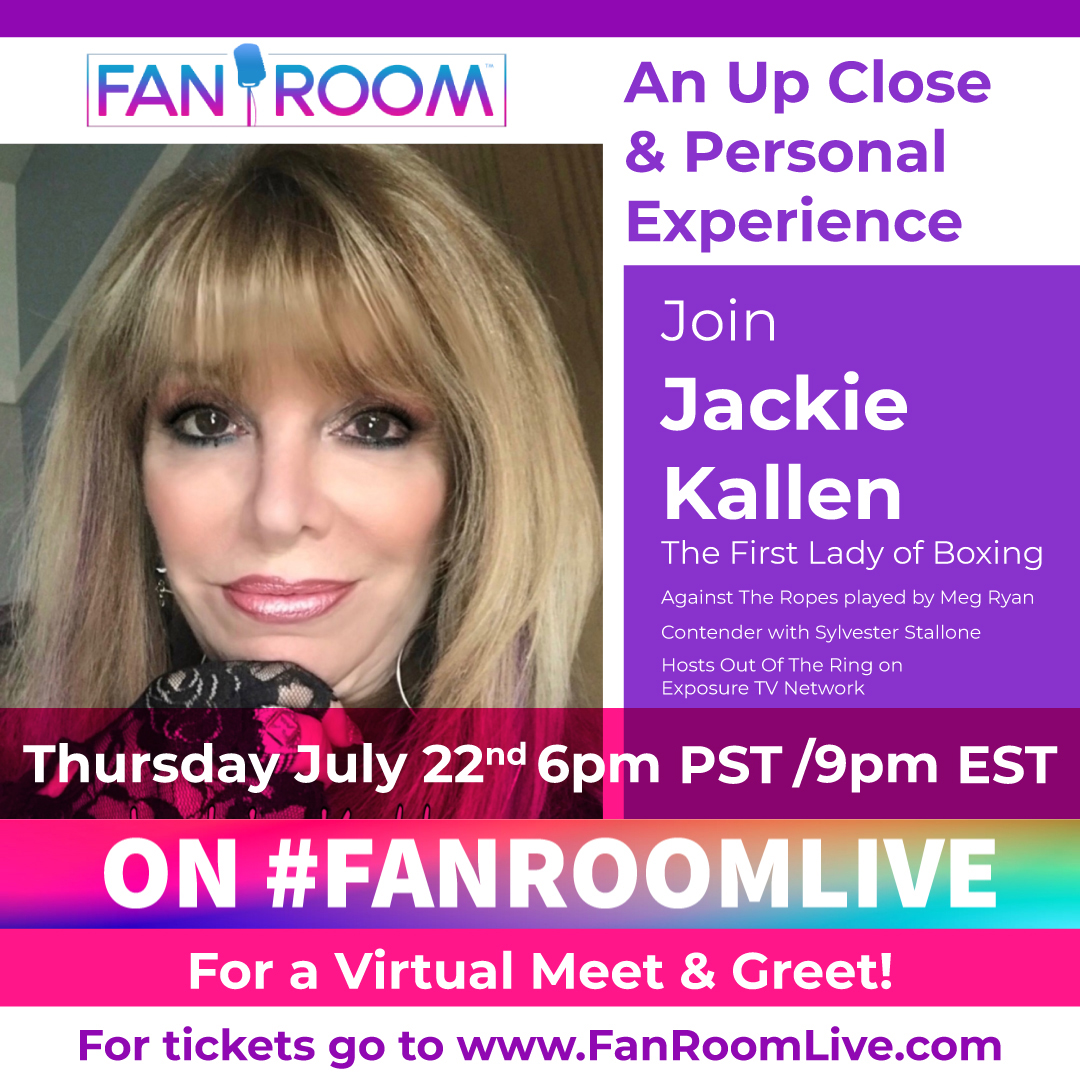 Jackie Kallen is an accomplished boxing manager, and promoter and the first female boxing manager in history. She has taken down all sorts of barriers and hurdles in this male-dominated profession and she thrived in it. As one of the most successful managers ever, she discovered a young fighter named James Toney and steered him to three world championships.

Her new show ‘Out of the Ring with Jackie Kallen’ airs Monday Nights featuring legendary heavyweights, champions, and professionals in the boxing industry. Boxing fans will be entertained, inspired, and properly informed about what takes place outside the ring. Kallen is also hosting private virtual screenings for fans to get upfront and personal with the show’s guests.

She is the first female inductee to the Michigan Sports Hall of Fame. Kallen’s life story has been documented in a feature film, Against the Ropes: starring – Meg Ryan. Jackie Kallen is the world’s most successful female boxing manager and the inspiration for the film. Kallen has an incredible life story of defeating the odds and never accepting failure as an option. As the first and most successful female boxing manager, she thrived in a male-dominated profession filled with major barriers and hurdles. A journalist-turned-publicist for Thomas Hearns and Detroit’s Kronk Boxing Team, Kallen spent ten years learning the ropes of the boxing world. As a manager, she groomed James Toney to become a world champion shortly after launching her business. She attributes her success to persistence, focus, and adapting to change.

Get your FanRoom Live tickets to meet Jackie Kallen on Thursday, July 22nd  at 6 PM PST/ 9 PM EST  by going to  https://www.fanroomlive.com