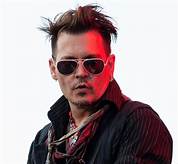 Johnny Depp has avoided a high-profile trial by settling a bitter legal battle with his former business managers.

The Pirates of the Caribbean star went to war with The Management Group’s (TMG) Joel and Robert Mandel in January, 2017, seeking $25 million (£18.9 million) in damages for fraud and negligence, claiming they mishandled his finances and caused him to rack up more than $40 million (£30 million) in debt.

They responded with their own countersuit, insisting he was to blame for his own financial woes because his spending had spiralled out of control.

Jury proceedings in the case had been due to begin on 15 August (18), but on Monday (16Jul18), it was revealed the two sides had reached an agreement following a scheduled weekend mediation session with an arbitrator.

“Johnny Depp is pleased to have achieved a settlement agreement with The Management Group following the legal action he took against the company in January 2017,” reads a statement issued by Depp’s lawyer, Adam Waldman, to People.com.

“The lawsuit taken out against The Management Group and the subsequent settlement is a further demonstration that Johnny is determined to take firm action to protect his personal and artistic reputation in the interests of his family and his career.”

The details regarding the settlement have not been released, but Waldman explains Depp is now “pleased” to “revert his full attention to his ongoing artistic endeavors,” specifically the rest of his tour dates with rockers Hollywood Vampires, and the upcoming release of Harry Potter spin-off movie, Fantastic Beasts: The Crimes of Grindelwald.

Waldman concludes the statement by sharing the actor/musician’s gratitude to his longtime fans.

“Johnny extends his most sincere thanks and appreciation to the true supporters that have shown their loyalty to both him and his family over recent years,” he adds.

The news emerges shortly after Depp opened up about his dire financial situation in a candid interview with Rolling Stone magazine, revealing he fell into a deep depression in 2016 as his money issues worsened, all while fighting allegations of domestic abuse during his acrimonious divorce from his The Rum Diary co-star Amber Heard.