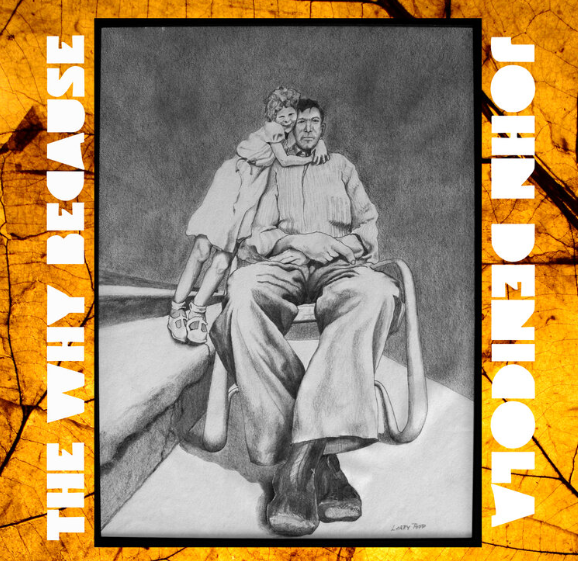 John DeNicola’s “The Why Because” (LP)

John DeNicola’s, The Why Because, is an assembly of where he’s been as a songwriter and producer since the 70s-80s which includes a past anyone would be proud of. His band on this debut solo album release also consists of well-known musicians, some of them more than others but all of them are stellar together. The tracks contain some of his previous work done again to refresh them with some other well-known stuff revisited, all of which make up a great final product. On said tracks, DeNicola manages to smooth out and refine a more modern approach to them and it’s uplifting and refreshing to hear.

The album falls somewhere in-between an easy listening, a folk and a jazz masterpiece held together by pop inflections. But it’s all very well- seasoned because DeNicola himself is a master himself, and “You’re The Only One” starts the album off on a magnificent note to keep interest in where it all goes from there. This is a well-chosen opener but only the beginning of what is a sublime showcase of songs. I can see this being a single and taking many by the ears to expose this excellent album. That is-actually putting it mildly, but the spotlight could soon be on him once this release gets in front of the masses.

“Everything You” takes the tempo up a notch with the pop oriented vocals of Cassidy Ladden making an appearance on the album, which also features Arwen Lewis, Mickey Madden (Maroon 5), Glen Burtnick (Styx), bluesman Zonder Kennedy and Brian Delaney, drummer with everyone from the New York Dolls to the Wu Tang Clan. But the third track is where audiences will most identify with DeNicola’s work, as he covers Eric Carmen’s “Hungry Eyes” in his own interpretation of the hit song he co-wrote. This version is totally respectable, as it should be coming from one of its originators.

“In God’s Shadow” is a track recorded by John Waite in 1995, but that’s all I know about it other than Waite is also apparently involved somehow which is mentioned in the album pitch. The resulting activity for me was to go back and listen to that version, and once again a respectable job was done on this lovely ballad. The next song is a treat to a cover of the 70s hit “People Make The World Go Around” by the Stylistics, and DeNicloa hits a home run on the amazing vocals on this peaking point of the album.


“Brand New Day” is perhaps the most modernized sound on the album with some top-notch keyboard/guitar/vocals/percussion. The ladder of which is provided by Brian Delaney on drums he can handle the likes of anything it comes down to. “Butterfly” comes with some great Indian guitar influence, and it’s one of the highlights on the album before the mellower grooves of “Wait” take over and a few more great tracks prelude into what is the album’s magnum opus on “I’ve Had The Time Of My Life,” another huge hit DeNicola helped pen. The stripped back version wins the effort and that’s a tall order but DeNicola is used to well-deserved accolades and shows the world that he’s lost nothing.