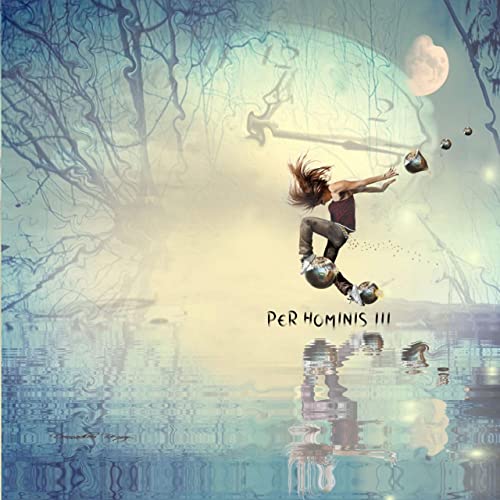 Swiss singer/songwriter Johanna Rittiner Sermier straddles the line between opera and alternative in her newest release “Regeden”. Categorically unique and ensconced with guitar shapes that stretch beyond the imagination, as well as possessing a rhythmic beat in proximity to one’s own heartbeat, “Regeden” is oozing with drama and emotion. This eclectic selection, a triumph for Sermier, leaves the listener to only deduce one thing: she is a must listen.

Rousing as this song is, an almost spiritual awakening, Sermier is almost euphoric in her vocal delivery. A trained opera singer, Sermier combines elements of the classics alongside traditional folk or roots music. Not one to be pinned down by genres, it’s clear that Sermier sculpts “Regeden” as movement, rather than just words or lyrics on a page. This song has life to it,and it’s also in motion at all times. The physics in “Regeden” workout to be like inertia – as it continues its movement forward, it picks up pace and interest. Perhaps this is why by the song’s end I felt emotional cleansed as well as full. I wouldn’t say it’s a caffeinated workout like an EDM song, or a dance tune, but it’s just as fulfilling.

It might be a stretch, but one name that kept popping up in my brain after a few listens of “Regeden” to compare Sermier to is the audacious Florence Welch (Florence and the Machine). I think there’s something very Bohemian in the stylings of Welch, and for the life of me, I felt the same way hearing Sermier sing. She’s not beige – there’s a pallet of colors that surround her voice that radiates in something you might see in a Renaissance or Chiro sciro painting. Beneath that rumbling guitar, a cacophony of strings and motion, something perhaps sinister or even sabotaging is lurking. The sound and the vocals are just amazing in “Regeden”. You can’t quite know what you feel, until you listen. This is one of those tracks!

When you find your way to this song, I think you will discover that it’s much more than just a few guitar arrangements and the voice of an artist that can shake several octaves. “Regeden” is sung in English, whereas many of Sermier’s previous works are sung in French. To me that word sounds scrambled and disjointed – what I can glean from this song is that she’s disconnected in her relationship. I wasn’t certain what type of relationship that is from her lyrics. This is what made the song so tantalizing – I wasn’t sure what it was about and wanted to continue to stream it over and over.