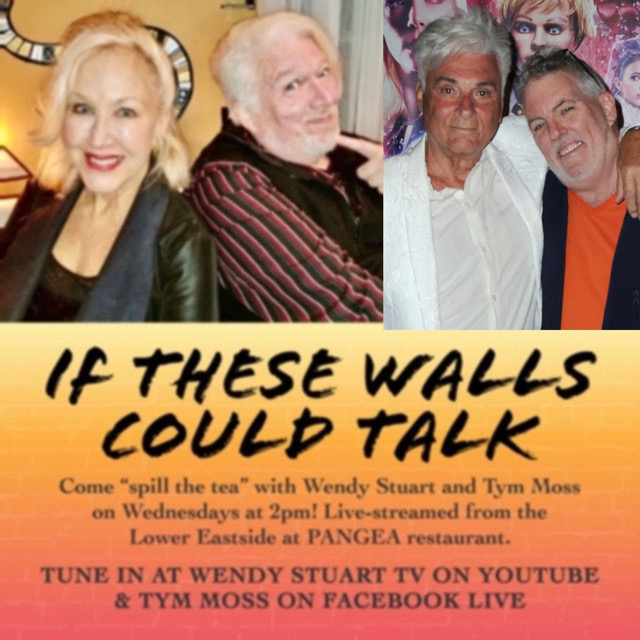 Jimmy Star and Ron Russell will be featured guests on “If These Walls Could Talk” with hosts Wendy Stuart and Tym Moss on Wednesday, July 28th, 2021 at 2 PM ET live from the infamous Pangea Restaurant.

The Jimmy Star Show with Ron Russell (www.JimmyStarsWorld.com) is tv/radio’s coolest syndicated entertainment, music, fashion and pop culture show hosted by none other than the Celebrity Renaissance Man and King of Cool, Dr. Jimmy Star, and his Outrageous Cool Man About Town Ron Russell!! In each live two hour tv/radio program, Jimmy Star and Ron Russell have a blast talking with celebrity friends/ guests and bringing you the Good Times with industry insider ideas along with cool music, movies, tv, and pop culture previews.

The Jimmy Star Show with Ron Russell is the #1 Webshow in the world with over 4.5 million listens/views per week. King of Cool Jimmy Star is a well- known Celebrity Clothing Designer, actor, producer, and was recently named 5th most influential radio personality in the world, Award Winning PR maven who was named Best Music Publicist in the United States, a twitterati (@drjimmystar) with over half a million active followers, and an Amazon Best-Selling author.

Watch Jimmy Star and Ron Russell on “If These Walls Could Talk” with hosts Wendy Stuart and Tym Moss on YouTube here: