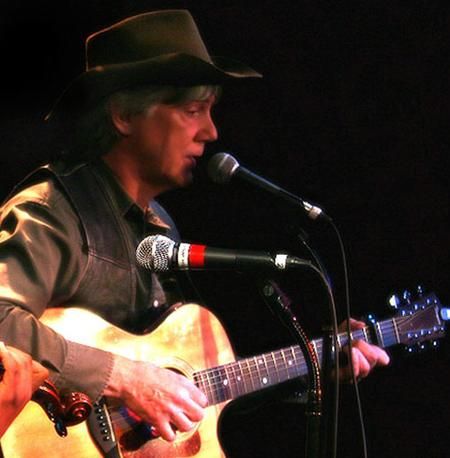 Like a light gust of wind cutting through the warmth of a springtime sunshine, the first few bars of Jim Lord’s “Helplessly I Fell” are gentle but instantly evocative, drawing us closer to the growing melody they have to behold. The acoustic guitar that we hear in this instrumental introduction to the track will play a crucial role in making the mood in “Helplessly I Fell” as tangible as it will ultimately become, but it isn’t the only key component for us to tune into here. When Jim Lord starts to sing, there’s a weighty emotiveness in his vocal that cannot be ignored even by the most novice of music buffs, and through his verses we begin to visualize everything he’s describing as though it were coming to life right before our very eyes. All of his cards are on the table in this song, and there’s nowhere for him – or the listener – to hide as its narrative unfolds. This is premium folk-rock for a discriminating generation of connoisseurs, and it couldn’t be arriving at a more important moment this spring.

The rhythm here is somewhat plodding, driven forth by a soft percussive channel that never becomes much more than a half-muted nudge in the grander scheme of things. The most powerful element pushing this tempo is the string play, which when synched up with the lead vocal makes it feel as if we’re rocking back and forth to a peaceful lullaby a parent might share with their child before bed. Lord patiently uncages the harmony between his voice and the guitar, providing it just enough space to steal the show away from his own lyrics as we reach the midway point in the track, and although it’s as colorful as they come, it doesn’t saturate the speakers in overpowering texture. I honestly wouldn’t expect anything less from a player like this one, who has devoted the bulk of his life to perfecting the studio process, but while it’s on par with what most of us have come to love about his work, there’s no getting around the fact that Jim Lord’s latest release is quite refreshing amidst the plasticized culture of today’s pop music.

“Helplessly I Fell” comes to a conclusion in a haze of lingering violin and acoustic guitar nattering, hinting that its message is one that won’t immediately fade once the music has stopped playing. Though I was anticipating a lot out of this new single from Jim Lord, I was somewhat surprised to encounter such a deeply emotional release from his moniker at this point in his career. He’s covered a lot of ground since dropping his debut album all the way back in 1982, but in this song, he’s showing us that there’s still plenty of uncharted territory that he wants to dig into.

Lord has the skill to make pretty much any kind of music he wants to these days, but much to the delight of his many fans – myself included – he’s still creating a strain of folk-rock that will never go out of style (and doing it better than any of his rivals are).

The music of JIM LORD has been heard all over the world due to the radio plugging services offered by Musik and Film Records. Learn more – https://musikandfilm.com