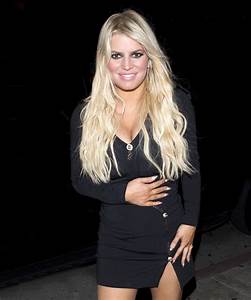 Jessica Simpson was shocked to learn that her sister Ashlee Simpson had signed up to front a reality TV show for the second time.

The Pieces of Me singer and her actor husband Evan Ross, the son of singer Diana Ross, announced earlier this year (18) that they were letting cameras follow them around their home as they work on a duets album for an upcoming E! docu-series titled Ashlee+Evan.

Jessica, who previously fronted her own reality show Newlyweds: Nick and Jessica with then-husband Nick Lachey, was stunned Ashlee agreed to do another one following her short-lived series The Ashlee Simpson Show, which ran from 2004 to 2005.

“She did a reality show (before), so I was shocked that she said yes to it, because it’s like you’re mic-ed for everything,” Jessica told Entertainment Tonight. “(I asked her), ‘Wait, are you sure you want everything to be out there?’ And she’s like, ‘Yeah, I’m really confident.’ That’s what you have to have when you’re doing reality, you know? You have to be confident in who you are and what you’re standing for, and I think she is.”

However, the 38-year-old has no interest in starring in her own reality show again, after doing Newlyweds for three seasons between 2003 and 2005.

“Oh, gosh no,” she said. “I am confident, but I also know how people can take your words and make them whatever they want to make them.”

Jessica, who is now married to former American footballer Eric Johnson, revealed that she would be making appearances on Ashlee+Evan in later episodes, but stressed that the focus of the series is on the couple’s “journey together”.

Ashlee+Evan premieres in the U.S. on 9 September.