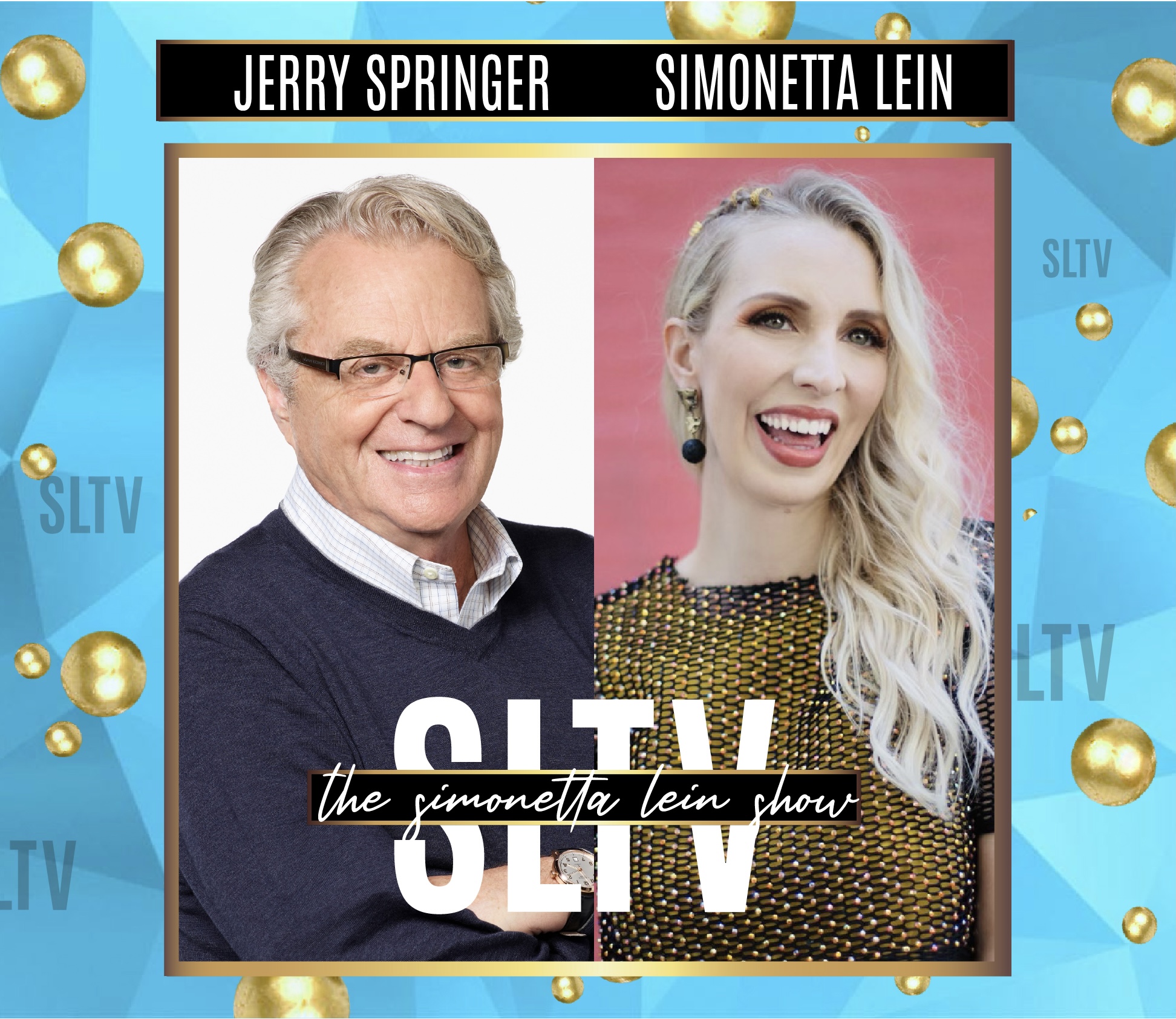 Jerry Springer Guests On The Simonetta Lein Show On SLTV

As The Simonetta Lein Show continues its 4th season into the New Year of 2022, the show welcomes the absolute cultural and civic icon that is, Mr. Jerry Springer! You all of course know him from his show, which ran from 1991 to 2018, and his current show on NBC as Judge Jerry, plus a plethora of other TV appearances over the years. Even more, Jerry has served as a lawyer, a politician, an award-winning newscaster, Broadway actor, executive producer, ballroom dancer, and so much more. A man who has truly seen it all and lives to tell the tale. Jerry joined The  Simonetta Lein Show to discuss his early career in politics, how he hopes to change the judicial system, and the biggest lessons he has learned in the entertainment industry.  Don’t miss out! 📺✨