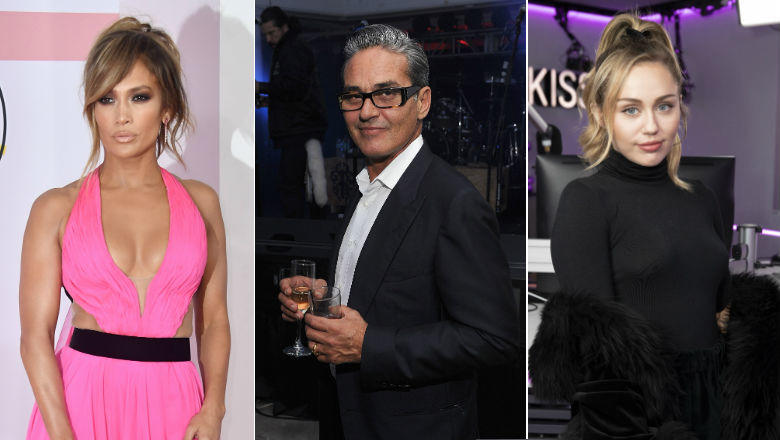 Jennifer Lopez and Miley Cyrus have paid tribute to celebrity hairstylist Oribe Canales, who passed away on Monday December 17, 2018.

A company spokesperson for Oribe Hair Care confirmed his death, but no details have been released. Oribe created his brand in 2008 and has styled several celebrities, including Cyrus, Lopez, Christy Turlington, Linda Evanglista, Cindy Crawford, and Naomi Campbell.

“When I was 16 I was fascinated with Vogue magazine I would ride on the train and look at all the images of the supermodels and I was obsessed with the hair!!,” Lopez, who worked with Oribe on her first album On the 6, writes on Instagram. “When I saw an image I loved I would check who did it and it was always someone named Oribe… Wow… he’s amazing I would think!!”

“Cut to years later I was making my first album,” she adds. “I started working with (manager) Benny Medina and he said to me we have to do an album cover shoot who do you want for hair and makeup… honestly I was so new to the industry I knew no one and remembered my time flipping thru those magazines on the 6 (subway train in New York City) and said ummm Oribe… Benny laughed and said oh OK! The next 10 years I would spend with Oribe by my side in every waking and working moment…. He made me feel special and beautiful for so long. I could go on and on but I will just say with a heavy heart… Thank you sweet, beautiful man… I will miss you. I love you Oribe… so much… (sic).”

Cyrus has also paid an emotional tribute on social media.

“what they say is true….. my heart is in a thousand tiny pieces today….. can’t catch my breath ….. oh how I will miss my sweet friend @oribecanales…,” she shares on Instagram. “I’d do anything to tell you one more time how beautiful you make me feel…. I love you Oribe. & I Always will (sic).”