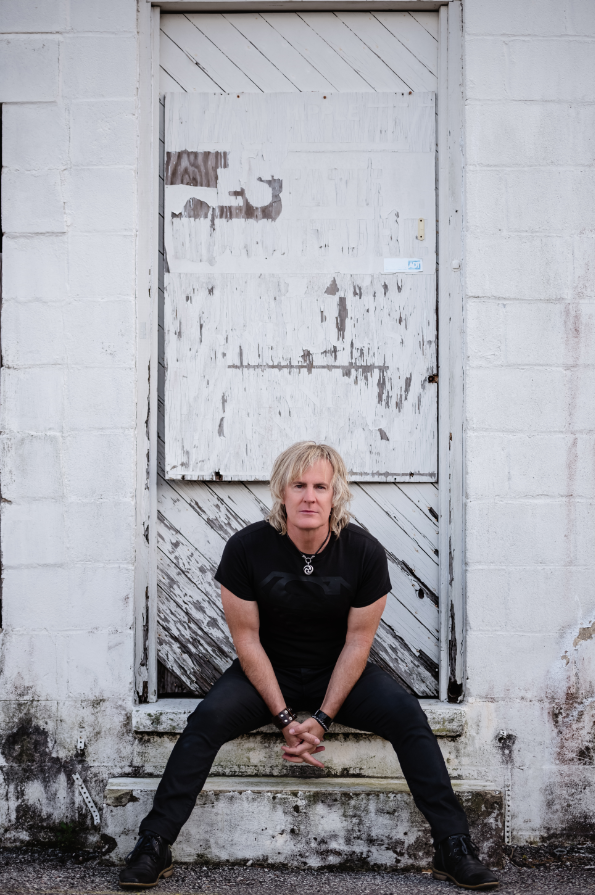 In the event you’re someone that has been living under a rock and hasn’t described what the look and feel of falling in love is all about – look no further than the new album from Jeff Coffey. The former Rock and Roll Hall of Fame inductee band Chicago lead singer (2016-2018) and now touring bassist for Don Felder (formerly of The Eagles), Coffey has a lot to sing about when it comes to love, and he’s the perfect artist to capture the excitement, sometimes pain, pining and joy for the amorous. He also gets you dancing.

Coffey’s album This Time Around has the singer diving right into songs that accentuate his pop rock abilities, but also prove why the bassist has such a great command of each song. He has a cadence in his voice that is warm, refreshing. He’s approachable without being that standoffish Rockstar of the past. As a listener I wanted to keep listening to songs like “Black and Blue”, the title track and “Long Way Down” because it has an instant rapport. He immediately centers the listener into a melodic riverbed, with his voice being the main flotation device.

From there, songs like “Record Player”, a feel-good pop song that plays on the vintage imagery of really listening to ’45 records. Remember those days when you couldn’t take the vinyl with you, and you had to be ‘present’ to listen to a song. I loved how the story of this song involved a girl being enamored with a song and Coffee wanted that same affection. It was an easy connection. “Right Now” and “Got To Get Away” offer a similar feeling of stopping what you’re doing and really listening to Coffee. He’s not background music, he’s engaging and grips the listener with a soft hand.

I think Coffey continues to grow as a songwriter. One other song that stood out to me was the country tune, “All I Need Is Love”. It comes earlier in the album, and I felt like it was a different side of the coin in terms of his vocal tenor. It’s still very much him, but the backing music is more twang than pop rock. It’s a fun song, but his personality comes across so much more in the other tracks. Maybe I just wasn’t feeling it like the others. Truth be told, I’m a sucker for pop rock. I will give it another listen, but for the sake of this review, I felt like the other tracks were superior.

What’s the verdict? Coffey is fantastic, we know this. This Time Around is a step ahead of his previous collection,  Origins – Vocalists And The Songs That Made Me. This time you get to hear not only his voice, but his lyrics, his words. I think he reveals his heart, and his artistic stamp is meant for great pop rock songs. And he throws in that country pop song in there too. Give the guy some major kudos and credit, he certainly just doesn’t rest on his laurels.