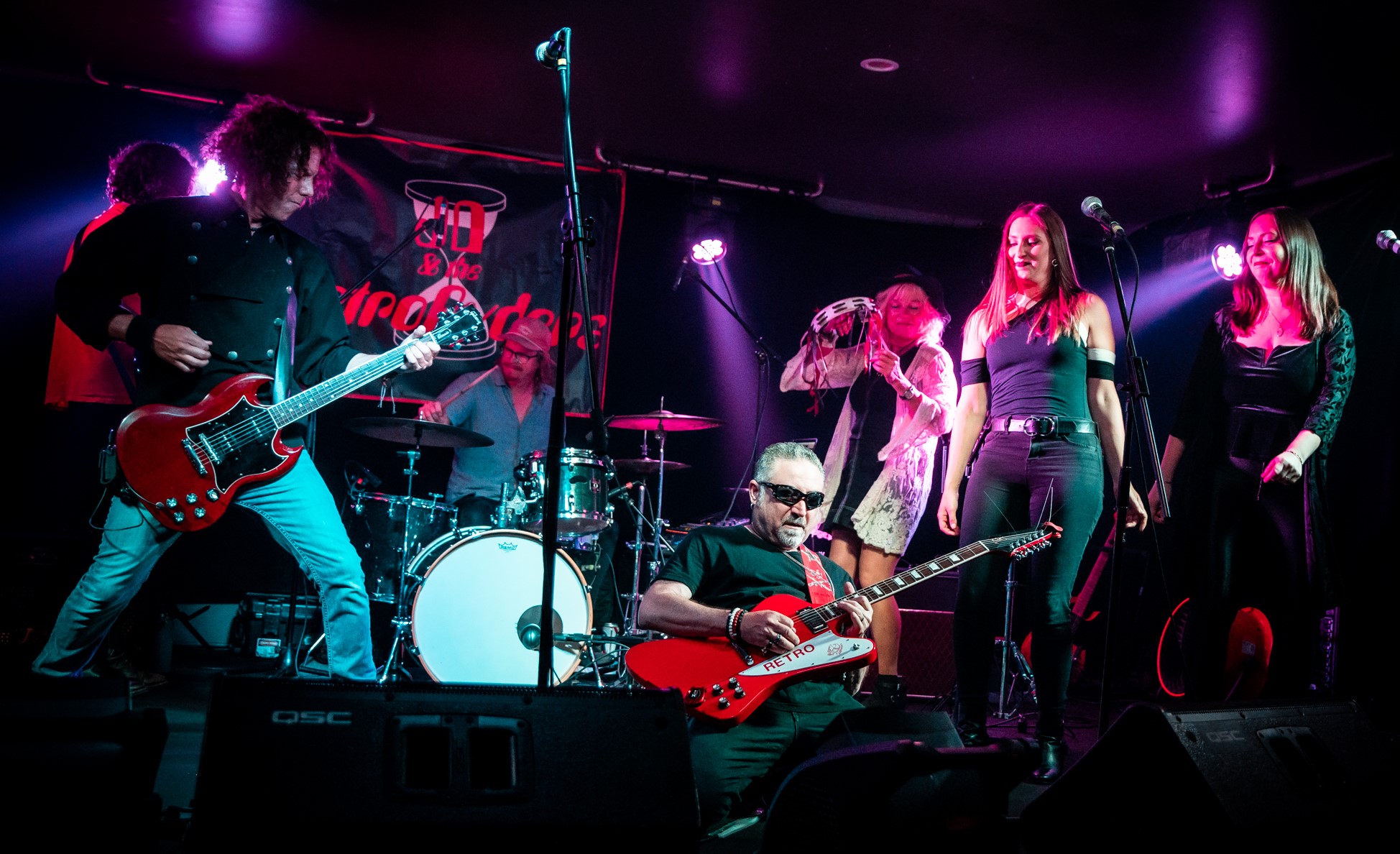 Huntington Beach, California’s JD & the RetroRyders’ HOTNSIXY is the band’s fifth release since their 2019 debut. Not every band can sustain the sort of creative pace JD and the RetroRyders have set for themselves but, three years into their journey, there’s no signs of artistic rot dragging things down. The seven members of the band are capable of producing quite a musical racket, but they are capable of creating work that lingers in the mind long after the final note fades.

HOTNSIXY continues and expands on the tradition established by its predecessors. The six song EP begins with the rocker “All Summer Long” and Al Lepson’s guitar slashes through your speakers with unbridled attitude. Pairing his rough and ready guitar with the RetroRyders’ expansive vocals has a deepening effect on the song quality as well. Long Island born bandleader Joe DeMeo makes this a critical part of the band’s sound and its consistency helps their work stand out in a crowded field.

The EP’s second song “Destiny” has a gritty rock and roll vibe as well thanks, once again, to a jagged yet catchy guitar riff opening the track. JD and the RetroRyders are quite proficient cooking in this gear, but they soon shift into a melodic mode for the track’s verses. “Destiny” achieves just the right musical altitude, and its stride carries listeners without ever sweeping them away. The band kicks off “I Gotta Know” at a much more chaotic clip before settling into a sleek and streamlined groove. They pick up the pace, as well, and incorporate a surprising amount of textures into a relatively brief song.

The Tom Petty influences comes through in the song “Luv You”, but it’s far rockier fare than anything Petty and the Heartbreakers would have ever served up. It isn’t surprising, given DeMeo’s upbringing, to hear light punk rock echoes in the song, but melody remains the cornerstone of each song. DeMeo’s vocal partners in crime, Nicole Perreira and Nicole Kubis, supply excellent backing vocals for “Rock and Roll Now”, but it’s the rambunctious bounce of the song that helps it pack a wallop. Mike Wilson’s drumming is a foundational element in what makes this album go and his performance during “Rock and Roll Now” rates among his best work.

“She’s the One” ends the EP on a rousing note, but some listeners may find themselves longing for more mid-tempo. JD and the RetroRyders deliver their energetic brand of rock and roll with a lot of distinction, but there’s a danger of listeners boxing them in stylistically. Any fan of guitar-driven rock and roll with a solid songwriting pedigree will enjoy these tunes. DeMeo’s vocals dominate the album, but the band’s backing singers Kubis and Perreira make important contributions to this curtain closer. HOTNSIXY has the same hot hand that’s helped JD and the RetroRyders build such a strong and growing following on earlier releases. It’s a little bit Long Island and a little bit Huntington Beach, but quintessentially RetroRyders and should burn even brighter for live audiences.