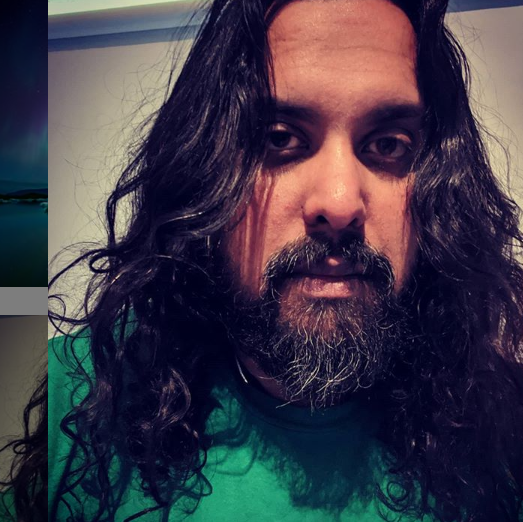 Avant-gardism is taking on many forms in 2020, and you needn’t look much further than JD Lion’s Northern Lights EP to understand exactly what I mean. Where just a few years ago, chill-hop was seemingly headed towards a more mainstream creative trajectory, especially with regards to scenes like Austin, where Lion works out of, Northern Lights presents listeners with an alternative look at the genre’s progressive evolution that has little to do with commercial standards and almost everything to do with indie ambient ethos. In the three songs found on this record, Lion plays against the rulebook, finding a place to marry tension with broadminded melodic color in “St. Catherine,” worldly psychedelic harmonies and sensuous, urban pop beats in “Majic,” and blunt trip-hop aesthetics with a surreal ambient groove in “Aurora,” all the while sounding as methodical as an orchestra’s conductor would. If conventionality is something that you demand when picking up exciting new music, I recommend steering clear of Northern Lights because, in all honesty, it happens to be one of the more forward-thinking extended plays of its kind to debut on either end of the pop culture lexicon in the year so far.

“Aurora” and “Majic” are all about artistic contrast, weaving together conflicting elements as if they were always meant to be joined in some divinely sonic partnership, and though “St. Catherine” is a lot more stable in its distribution of melodies, I think it was important to include all three of these songs on Northern Lights in a bid to highlight JD Lion’s incredible versatility as a composer. I get the impression that “St. Catherine” and “Aurora” were crafted almost exclusively for the studio in which they were recorded, but at the same time, I still think they could make for some interesting live fodder if Lion were interested in performing them in person at some point in the near future. The understated nature of the beats in this record could definitely translate well in a small venue, and if provided the right kind of setup, I don’t see why all of the tracks here couldn’t be reshaped for the purposes of intoxicating an entire concert hall full of eager ambient fans.

Try as you might (as I’m sure most diehard indie disciples will), I don’t believe you’re going to find another record quite like the one that JD Lion has just issued in Northern Lights, and not because of its unique hybridity of styles alone. There’s still plenty of room for Lion to continue growing into his sound as he has in the last year that’s passed since the release of his debut single “Attack/Release,” but in my opinion, the creative moxie he’s showing off in this EP is currently unmatched in Austin’s ambient underground, and it’s brought to us in full-color, high definition audio here. He’s still got a ways to go before he can topple the hierarchy of experimental artists in the United States with his own catalogue, but as of now, he’s definitely one of the more important artists in his genre to watch hence forth.