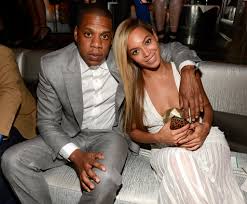 JAY-Z and Beyonce paid tribute to the rapper’s grandmother by unveiling a park bench in her honor.

The power couple were joined by their six-year-old daughter Blue Ivy as well as 18-month-old twins Sir and Rumi, as the family visited Prospect Park in Brooklyn, New York earlier this week. The bench dedicated to Jay’s grandmother Hattie White was marked with the inscription, “Someone is sitting in the shade today because someone planted a tree a long time ago. With love and admiration to our root, Hattie White,” and the 93-year-old appeared to be touched by the gesture, holding her hand to her heart as her grandson wrapped his arm around her. Jay’s mother Gloria was also in attendance along with a number of other family members.

Photos obtained by MailOnline show Blue standing next to Hattie wearing a pink coat with a furry hood and a black wool hat decorated with red reindeer antlers, while her younger siblings were equally wrapped up and cuddled up to their famous mother, though Beyonce did allow her youngest daughter to walk on the grass unassisted.

The Crazy In Love singer, who was dressed in an oversized white down coat and wore her braided hair in high pigtails, used her mobile phone to snap photos of the twins sitting on the new bench with their great-grandmother.

An Instagram account titled aintnojigga, a fan account dedicated to the 99 Problems hitmaker, also shared photos from the day and revealed that Hattie’s voice was featured on a track from Beyonce’s hit album Lemonade.

“In the final moments of the LEMONADE standout ‘FREEDOM’ the root of the Carter dynasty can be heard speaking during her 90th birthday party in October 2015, delivering us a piece of wisdom we can all apply to our own lives,” read the caption. “‘I had my ups and downs, but I always find the inner strength to pull myself up. I was served lemons, but I made lemonade.'”