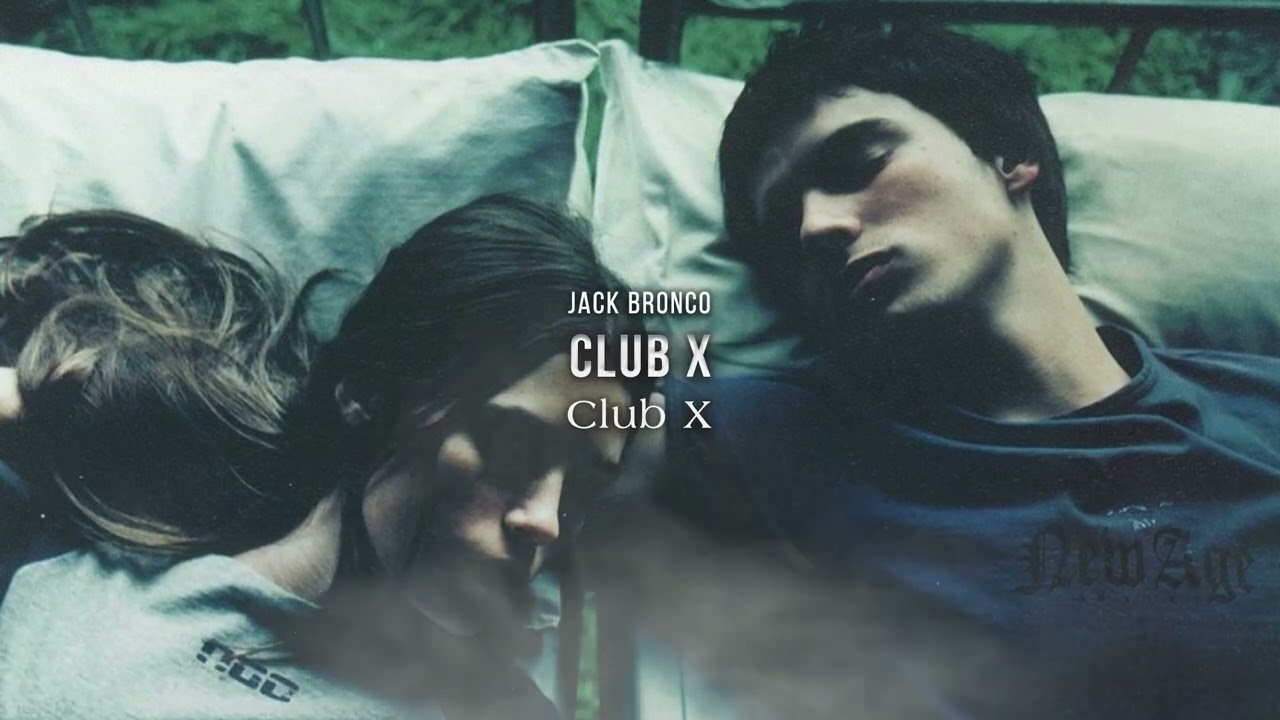 Other than the shout out from Garth Brooks in the early 90s, Baton Rouge has always been something of a question mark of a city. Many people know of it, but few people know anything about it. Jack Bronco may be on his way to giving his Louisiana hometown some definition, at least when it comes to the music scene. A melting pot of genres, Jack’s new album, Club X, is both an exercise in brevity and density. At 15 songs deep, not one track scratches the surface of the 5 minute mark.

Just shy of being a concept album, Club X is driven by a specific narrative. It tells the story of a young man being introduced to a cult and navigating his way through it. The moody “Layne & Demri,” (Intro) opens up the record, and we already sense the disillusionment and torture in Jack’s voice. He repeats, Where are you going/just wait on my side, throughout the chorus so much so that you start to feel a faint chill yourself. An interesting opener for the record, in the vain of latter day Brand New.

The tender, yet hollow “Hotels,” looks to find the meeting point of Folk and Hip Hop, if one even exists. As with much of Jack’s material, you like it at first exposure, but you really start to get into it towards the end. The guitars do their best to channel early 2000s era Blink on this one. “Breathe” is one of the premiere tracks on Club x. It’s well produced, mixed and performed, but feels a bit like Jack pandering to an assumed demographic. Nevertheless, it’s a track that has potential single written all over it.

“Blade (Headboards)” is where we really get a glimpse of Jack’s range as an artist. This track is superbly conceived, successfully blending genres in a way that only the finest crossover songs can. Melodic, dark, and engaging, there’s an audio sample in the middle of this one, that casually mentions a mass suicide. Go out of your way to check “Blade (Headboards)”, out. Clean, bright, and pronounced, the nylon strings steal the show on “6 Feet.” A solid track, in which Jack references his Father, this one adds depth to an album that is already rife with it.

“Save Me From Myself (Interlude),” finds Jack deep in a state of wallowing. I spent all night in my head/still wishing that I was dead is a lyric that leaves absolutely nothing to the imagination. Jack cries out the title at exactly the middle point of this song, to emphasize just how literal his trauma is. The song fades out with the calming, yet somehow ominous sounds of night. Jack Bronco is both a product of his generation and a timeless quixotic. This record goes places and successfully plants its flag, in ways that many artists only daydream of. It’s not the most adrenalizing listen, but it’s an unforgettable one. With this rather stunning effort, Jack Bronco confronts his demons, and sincerely, rather than caustically, invites us to join the club.