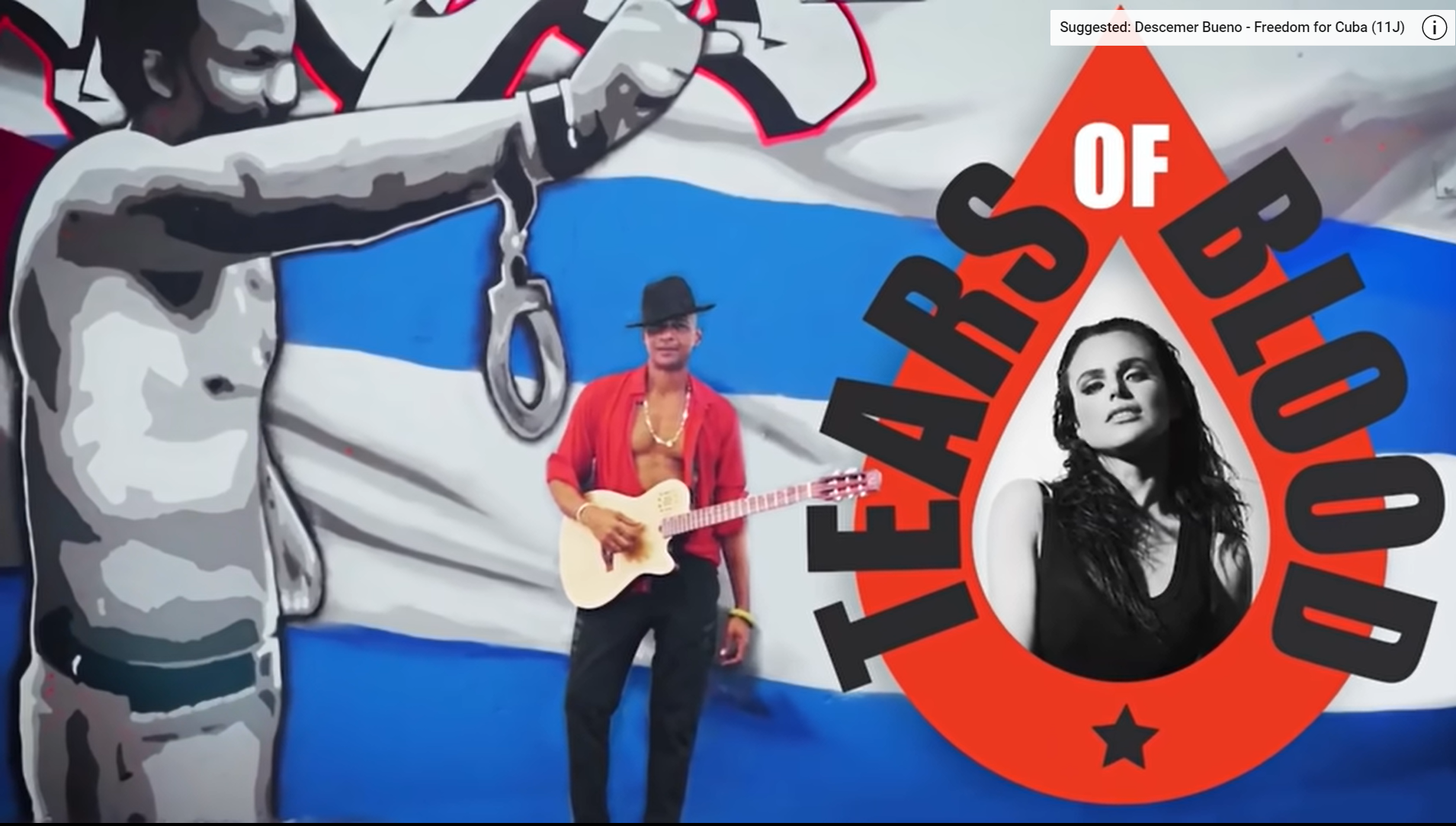 Music and revolution have always gone hand in hand, and while there’s a lot of intriguing and politically-tinged content coming out of the United States at the moment, it’s the work of Isabella Castillo, Michael Castillo and Descemer Bueno in the new single “Tears of Blood” that has had the lion’s share of my attention for the month of August. When exploring the story of the song, it’s immediately clear that we aren’t listening to a track that was simply thrown together in the recording studio to make a quick buck off of a sweet beat, but in fact, something that was constructed from the ground up in a manner befitting of a passion project.

Singing, rapping, and downright crooning are all on the table as points of expression for our three musical guides, and whether there’s a language barrier present or not, you’re going to walk away from “Tears of Blood” feeling the weight of what the players were trying to get across to their audience one way or another. This is big, unassumingly bold pop songwriting, and it’s hitting us – and the subject it’s tackling – with everything it’s got here.

Amalgamating the best elements of modern melodicism isn’t exactly a unique nor revolutionary concept, but you’d never know as much just by analyzing what the Castillos and Bueno are doing in this performance. The strings flirt with folky influences that skew the hip-hop component of the song rather elegantly, all things considered, and they absolutely create a lyrical segue that wouldn’t have been a part of this release were their melody not as highlighted as it is in this scenario.

I don’t get the feeling that anyone in the recording studio is holding back, and that goes for the producer as well. It’s not just about using an aggressive tempo or tone to make it clear to all listening how serious these guys are about what they’re saying in “Tears of Blood;” it’s about taking every part of the music and weaponizing it against the evils these musicians are trying to bring to justice.

“Tears of Blood” is a lot of things to a lot of people at the moment, but more than anything else it’s a song that I don’t think anyone should miss this August. There’s been a lot of amazing music written within a Cuban prison cell through the years, but this is a piece that goes above and beyond to capture the energy of the over six decades’ worth of tension and oppression the country’s people have had to endure. It’s a strikingly rhythmic work in my opinion, but it doesn’t live and die by the beat it’s putting in front of us. On the contrary, this is a really multifaceted release that has the ability to get a lot of people interested in what’s going on down in Cuba, and more importantly, what can be done to start the healing for a corner of the world left wounded for far too long now.

The music of Isabella Castillo has been heard all over the world in partnership with the radio plugging services offered by Musik and Film Radio Promotions Division.  Learn more https://musikandfilm.com